This Is Us Season 4 Spoilers: Deja Wants More Time with Mom, How Will Pearsons React? 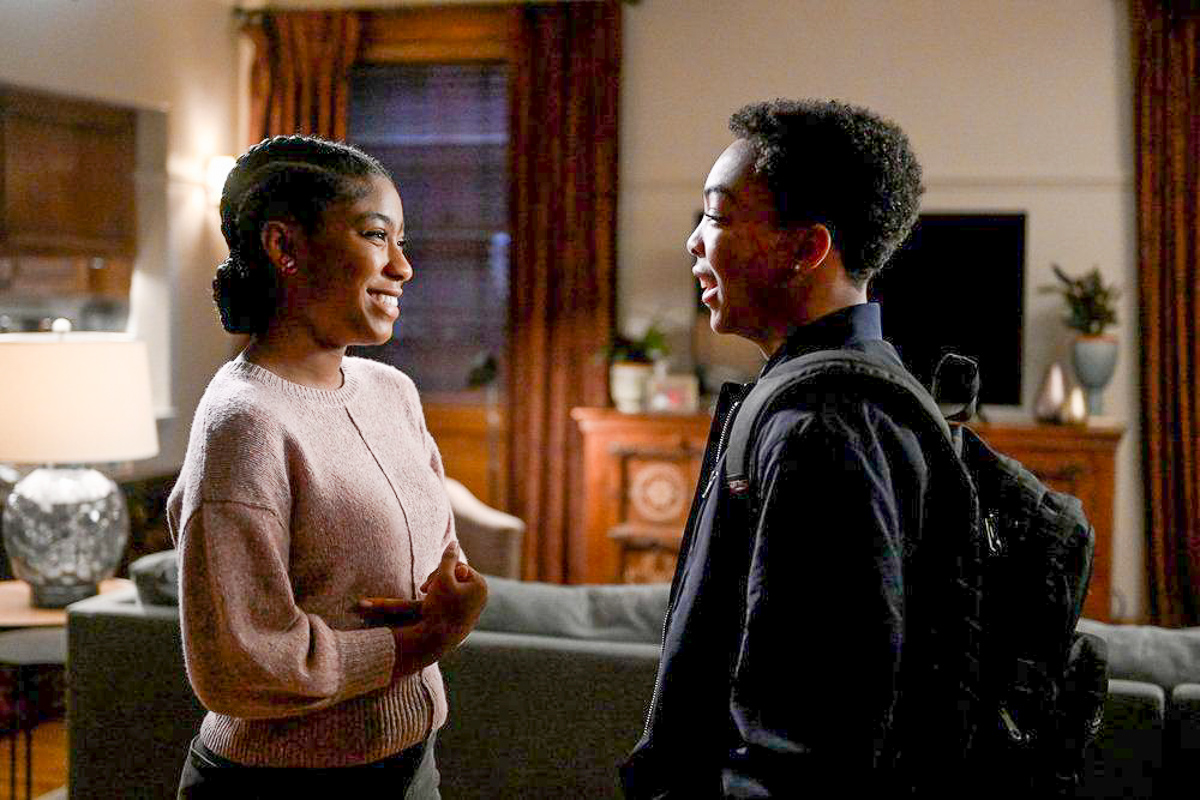 This Is Us season 4 spoilers reveal Deja Andrews (Lyric Ross) will want to spend more time with her biological mother. As the fall finale showed, the troubled woman is now sober, has a new apartment and a great job. How will Randall Pearson (Sterling K. Brown) and Beth Pearson (Susan Kelechi Watson) deal with this? Will Deja want to go back and live with her mom?

Deja wanted her mother to come over for Thanksgiving. Beth honored her request, but was nervous about what would happen. Shauna (Joy Brunson) was always a hot mess and tended to be unpredictable. However, she surprised everyone when she showed up sober, happy and even brought a dish.

‘Chilling Adventures of Sabrina’ Season 3 Finally Has a Release Date

This Is Us Season 4 Spoilers: A Child’s Wish

Deja wants to spend more time with her mom now that she is sober. However, fans can’t help but wonder what this means for Deja’s future with the Pearson family. Could Deja eventually ask to live with her mom again? Or could it be the other way around, with Shauna trying to get back her daughter, even though she signed away her rights?

It was clear to see from Beth’s eyes that she worried about inviting Shauna over for Thanksgiving. However, she hid it from Deja and agreed. How will she react when Deja wants more time with her mom?

This Is Us season 4 spoilers suggest Beth is protective but also respects that Deja loves her mother. She doesn’t want to come between that. She also doesn’t want to push Deja away by keeping the two apart.

Chance are that she will have concerns. She could worry that she is slowly losing her adopted daughter, but knows the importance of maintaining a parent/child bond. In the end, she will not get in the way of Deja and Shauna’s relationship, as long as the woman keeps up with her positive changes.

Could Deja Andrews Want to Live With Her Mom Again?

It is only natural for a child to want to be with their mother. Fans are wondering if Deja could ask to live with her mom now that she is better. However, is it really what is best for both Shauna and Deja?

If the subject ever comes up, how will Randall and Beth address it? After all, Shauna doesn’t have any parental rights and the Pearson’s are Deja’s parents in the eyes of the law. Fans will have to wait and see what happens with this storyline.

Be sure to tune in to catch up on everything happening with the TV show right now. Come back here often for This Is Us spoilers, news, updates and rumors!