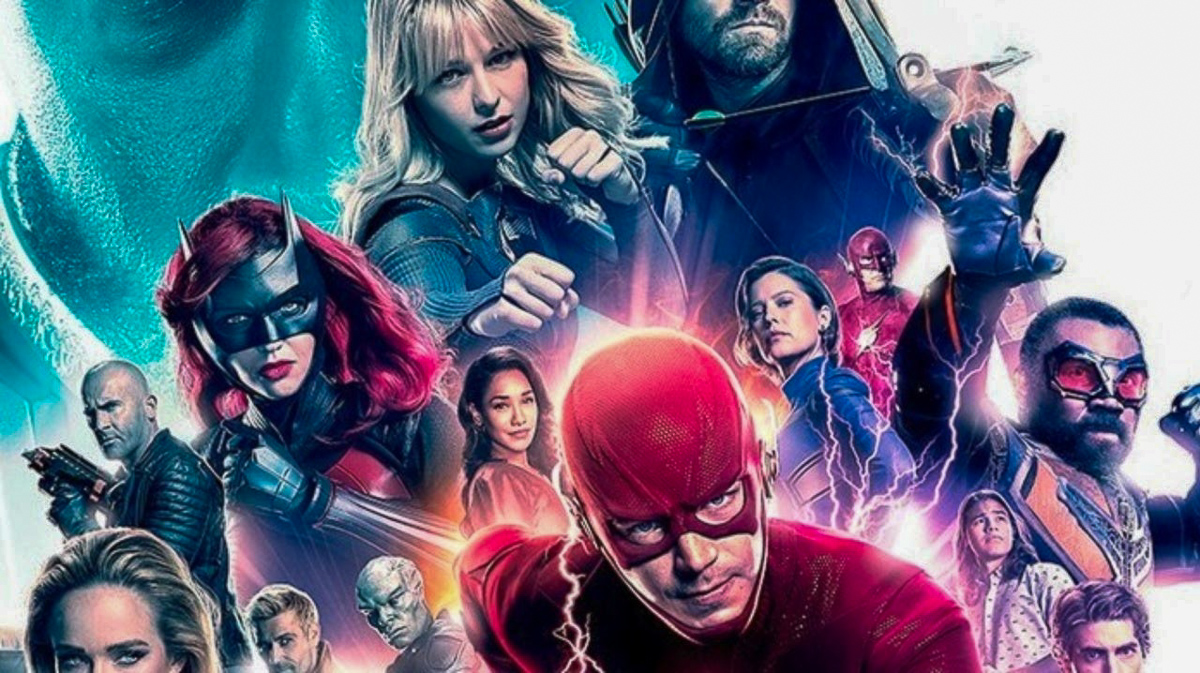 Producer and writer Marc Guggenheim revealed that another DC adaptation that’s linked to The CW’s five-part Crisis on Infinite Earths’ big event. It’s related to HBO’s Watchmen series. This Easter egg was caught in Tuesday night’s episode of The Flash, which provided a midway point for the crossover episode before taking a break for the holidays. Fans can look forward to seeing the final two parts in January 2020.

The crossover is based on the classic event that took place in the comics in 1985. The television series itself has been packed with many DC Comics Easter egg references and surprise return appearances. Some of the best-known appearances were Brandon Routh and Tom Welling reprising their roles as Clark Kent/Superman and Kevin Conroy playing a live-action version of Bruce Wayne after being the voice actor for the character for decades.

But one thing that fans didn’t expect to see was a reference to HBO’s Watchmen series, as previously reported via ScreenRant . It was shocking considering Allen Moore has been disenchanted with the graphic novel and the adaptations of it. During the third episode of the Crisis event, John Constantine, John Diggle, and Mia Smoak travel to Earth-666 to search for Lucifer, who bring them to Purgatory to get Oliver Queen’s soul. This comes after the team tried to help Green Arrow was left with a Lazarus Pit that made him a shell of his former self.

Lucifer gave them access to the world of souls despite his past history with Constantine. In one of the scenes, a billboard advertising HBO’s Watchmen can be seen among the streets of Los Angeles. One fan took note of the Easter egg on Twitter. Guggenheim confirmed that it was a subtle shout-out to the show. “Finally. Someone noticed,” he wrote. “Special thanks to [Watchmen Executive Producer] Damon Lindelof for making this one happen.”

The television adaptation of Crisis on Infinite Earths has given fans references to things they wouldn’t have expected to see on The CW. The shout-out to HBO’s Watchmen is just one of those surprises. This is a great way for Guggenheim to notice the other parts of the DC Multiverse, even if it’s a little different than The CW shows. Arrowverse’s Crisis on Infinite Earths will return to the network on Jan. 14.