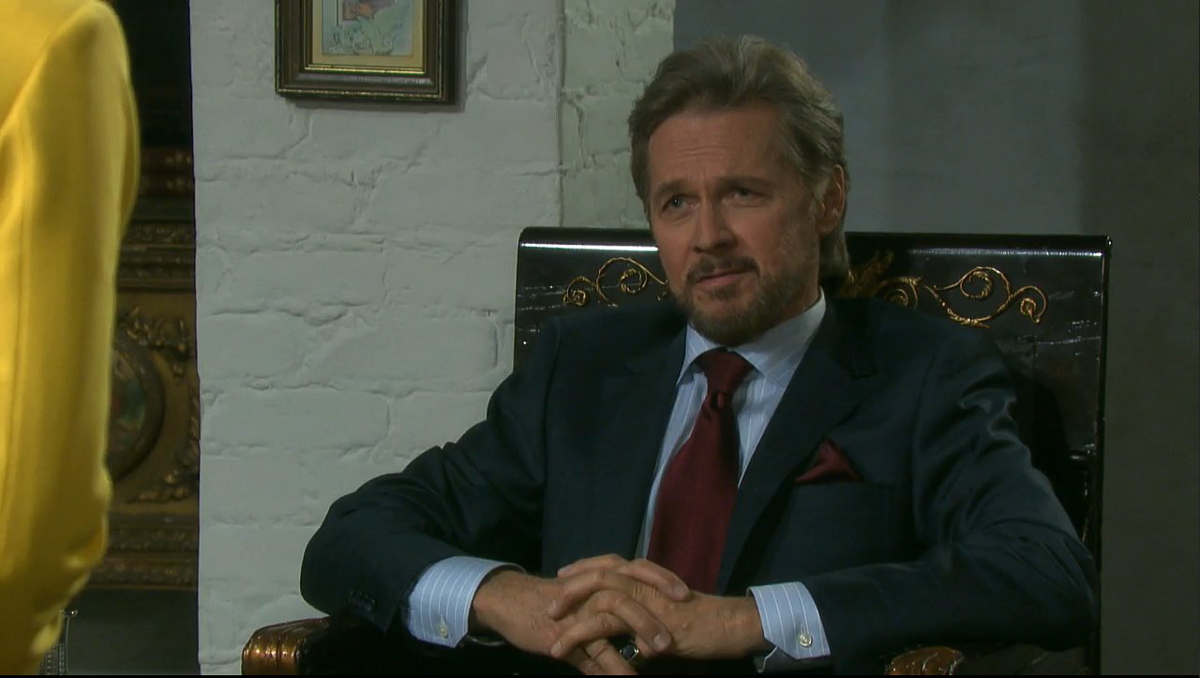 Days of Our Lives spoilers reveal Stefano DiMera (Stephen Nichols) takes a big risk. He secretly joins the Christmas party at the hospital. Dressed as Santa, he thinks the disguise will keep him from being exposed until he is good and ready. However, Dr. Kayla Brady (Mary Beth Evans) recognizes him underneath the fuzzy white beard and chases him down.

DOOL spoilers indicate Stefano is not yet ready to reveal he is back from the dead with another face and body. Even though he is really Steve “Patch” Johnson (Stephen Nichols), the man believes he is the DiMera patriarch due to Dr. Rolf’s (William Utay) brain chip.

A few people in Salem already know about his unexpected return, but he doesn’t want the rest of Salem finding out just yet.

Taking a huge risk of being discovered, Stefano decides to put on a Santa suit and sneaks into the hospital Christmas party. There will be many people there and most likely, he goes to see Dr. Marlena Evans (Deidre Hall). After all, she should be in attendance since she is Salem’s favorite psychiatrist.

Days of Our Lives spoilers tease Stefano’s disguise doesn’t fool everyone. Kayla looks at the sneaky schemer and notices a familiar face, even underneath the red hat and fuzzy white beard. She calls out Steve’s name, but “Stev-ano” will try to run off in order to avoid her. It seems that he isn’t successful, though.

It is suggested that Kayla chases “Santa” and ends up cornering the mystery man. Realizing that it is, in fact, her ex-husband, she fires off questions. However, what will Stefano say to the woman?

Days of Our Lives Spoilers: Xander Confronts Ciara Over Her Meddling https://t.co/lWheigIPZ4 pic.twitter.com/Ov9MqKyT8z

Days of Our Lives Spoilers – ‘I’m Not Steve Johnson, I Just Stole His Face’

He can’t reveal that he isn’t really Steve, he just stole his face. (Although it would be quite comical to see Kayla’s reaction if he did say that!)

Based on other spoilers hinting that he finds a new hide-out, the villain probably plays along and pretends to be Steve while talking to Kayla. He will be someone completely different, someone she doesn’t want to know again. Or will she sense that something isn’t quite right and push for the truth?

Fans will have to keep watching the NBC soap opera to see how this storyline progresses in the next few weeks.