General Hospital Rumor: Harmony Needs A Job, Jax Needs An Accountant; A Back Door Into Funding A New Dawn Of Day? 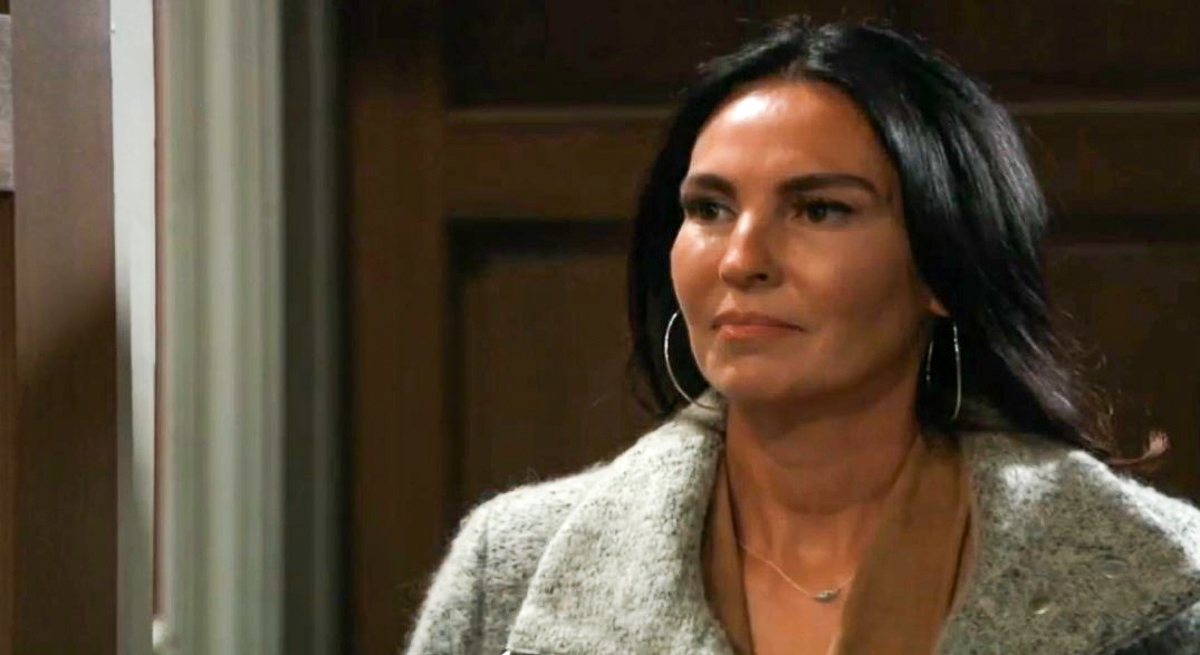 General Hospital spoilers tease that Harmony Miller (Inga Cadranel) needs a job now that she’s been released from Pentonville Prison due to overcrowding, albeit with an ankle monitor. Jasper “Jax” Jacks (Ingo Rademacher) needs an accountant now that Hayden Barnes (Rebecca Budig) is missing. The fact that Lorraine Miller took back her Dawn of Day name of “Harmony” may be a clue that she wants to restart a new Dawn of Day; could an accounting job for Jax be a back door into funding it?

As General Hospital viewers will recall, Harmony was the accountant for Dawn of Day and handled all of the cult’s accounts, including Shiloh Archer’s (Coby Ryan McLaughlin) personal offshore accounts. She may not have much of a reference to apply to Aurora Media with, but her daughter Willow Tait (Katelyn MacMullen) may be willing to vouch for her since she is required to get a job to keep her early parole status, in addition to wearing an ankle monitor.

If she were to get the accounting job that Hayden vacated, even if temporarily filling in as Chief Financial Officer, that would likely bring her beaucoup bucks that would ensure that once she is past the early parole requirements and released from the requirement of living in a halfway house, she would do quite well for herself. However, since her main goal may be to revive or restart Dawn of Day, she will need more funds than her job would bring, especially if she was hired on a temporary basis; and Aurora Media might be a back door into funding the potentially resurrected cult!

General Hospital Spoilers and Recap Tuesday, December 17 – Charlotte Identifies Nik As Her Bodyguard; Franco Is Back The Portrait Burns

Harmony, having worked for a crook like Shiloh, is as skilled in moving money and creating shell accounts to launder it and transfer into her own accounts, possibly offshore, as Hayden ever was! She would know how to hide her embezzlements well, and make the books look as if everything was above board and as they should be!

Jax is not a hands on money manager where Aurora is concerned, and Nina Reeves (Cynthia Watros) and Maxie Jones (Kirsten Storms) would not be involved that much either, other than making sure that each issue of the magazine makes lots and lots of money and even though Nina, Maxie and Jax work together on the operating budget, they are not involved as Hayden was as Chief Financial Officer and as involved as Harmony would be should she take over the job.

General Hospital Spoilers – What Are The Chances That Jasper Jacks Would Give An Ex-Con Like Harmony Miller A Job?

What are the chances that Jax would give an ex-con like Harmony a job to begin with, let alone one with the responsibilities of a Chief Financial Officer, even temporarily? General Hospital viewers will recall he has overlooked, bailed out, and made excuses for his brother, Jerry Jacks (Sebastian Roche) many times over the years and he has committed worse crimes than Harmony ever did!

She may be able to sell him on the premise that she was caught up in something and over her head but that she did an excellent job of managing the finances for Dawn of Day in spite of her personal reasons for being involved in the cult, especially if she can generate a little sympathy for someone who wants to start a new life!