‘The Young and the Restless’ Spoilers: The Newman Family Has Reason For Hope This Christmas 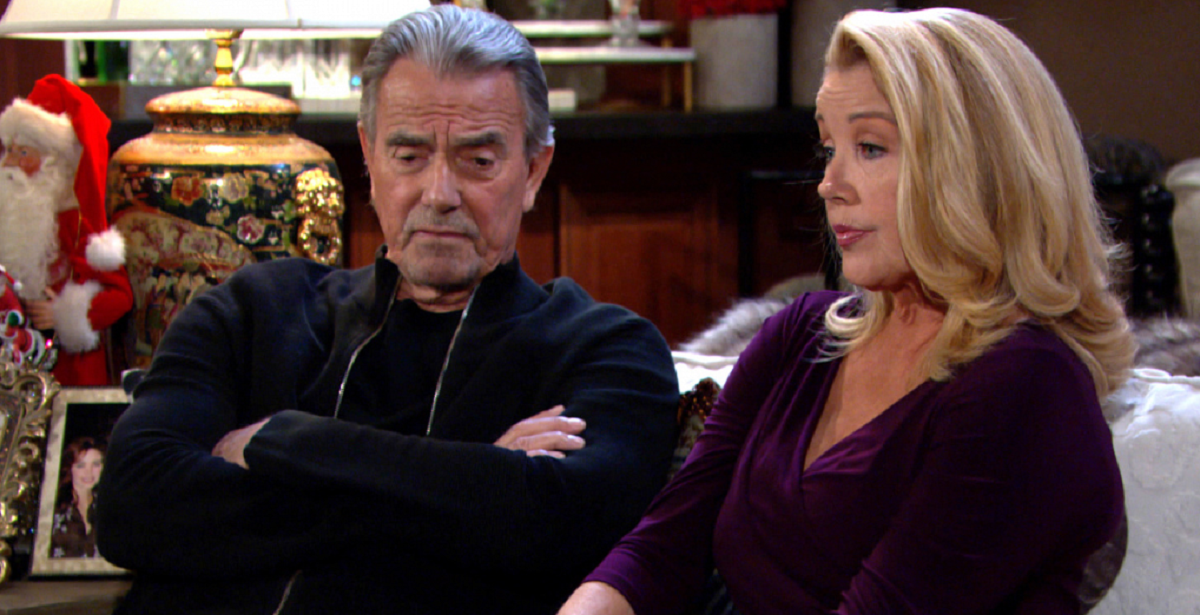 The Young and the Restless (Y&R)  spoilers document that the Christmas season has fully arrived in Genoa City, Wisconsin. With it comes wishes for this special time of year that can allow various characters to be merry.

Of course, the Newman family takes center stage, as it is one of Y&R’s legacy clans. Other, connected alter egos are also wished well in this fictional city that remains the leader in daytime television.

Victor Newman (Eric Braeden) endured a terrible ordeal with J.T. Hellstrom (Thad Luckinbill) in the recent past that led to health issues. Then, he was diagnosed with a rare blood disease that has since been contained. The Moustache is wished continued good health and maintained peace with children. Yes, there is real hope for the Newmans!

Nikki Newman (Melody Thomas Scott) avoided life imprisonment for a crime she committed, due in large part to J.T.’s never having died. She surely wishes to avoid further drama during this special season of the year and remains thankful for friends with authority, like Paul Williams (Doug Davidson), who is expected to be seen again soon.

Nick Newman (Joshua Morrow) is having a hard time dealing with Chelsea Lawson’s (Melissa Claire Egan) issue. She needs to help her son, Connor Newman (Judah Mackey) but feels compelled to live in the penthouse in order to do so.

Adam Newman (Mark Grossman) actually is keeping himself in check. He’s behaving better than at any time since believing he was Spider.

At least during Christmas, for the sake of their children and for themselves, Nick and Adam have proven that they are capable of maintaining their truce. Sustain it and maybe a lasting peace will also be possible, though realism is also a gift.

The Young and the Restless Spoilers: Billy Bonds With Amanda – Should Victoria Be Concerned? https://t.co/WOIar5cT1T pic.twitter.com/m8i6giZmsh

Abby Newman (Melissa Ordway) is having a good year, albeit with some blips. Focusing on the bright side, she’s leading two great new businesses, Society and the Grand Phoenix Hotel.

Everyone needs someone, which makes Chance Chancellor’s (Donny Boaz) return to GC and the mutual interest between both characters uplifting. Chabs just might be Y&R’s next endearing couple.

Vickie Newman (Amelia Heinle) senses that something’s off with Billy Abbott (Jason Thompson). She’s right, without realizing that he’s already stepped over the edge. However, the voice in Billy’s head is now telling him to do right, as opposed to when Dark Billy was occupying his mind.

There’s still hope for Villy, despite Billy’s visits to the bar, the poker game he played, and the talks with Amanda Sinclair (Mishael Morgan) he’s having there. So Billy needs to either tell Vickie what’s been happening or have her learn it accidentally. While it will be uncomfortable, or even painful, Johnny Abbott (Ryan and Holden Hare) and Katie Abbott (Sienna Mercuri) will be best served if both of their parents have hope during this holy season of the year.

Hollywood Hiccups is a leading source for everything linked to Y&R.  Check back regularly for Y&R spoilers and news!