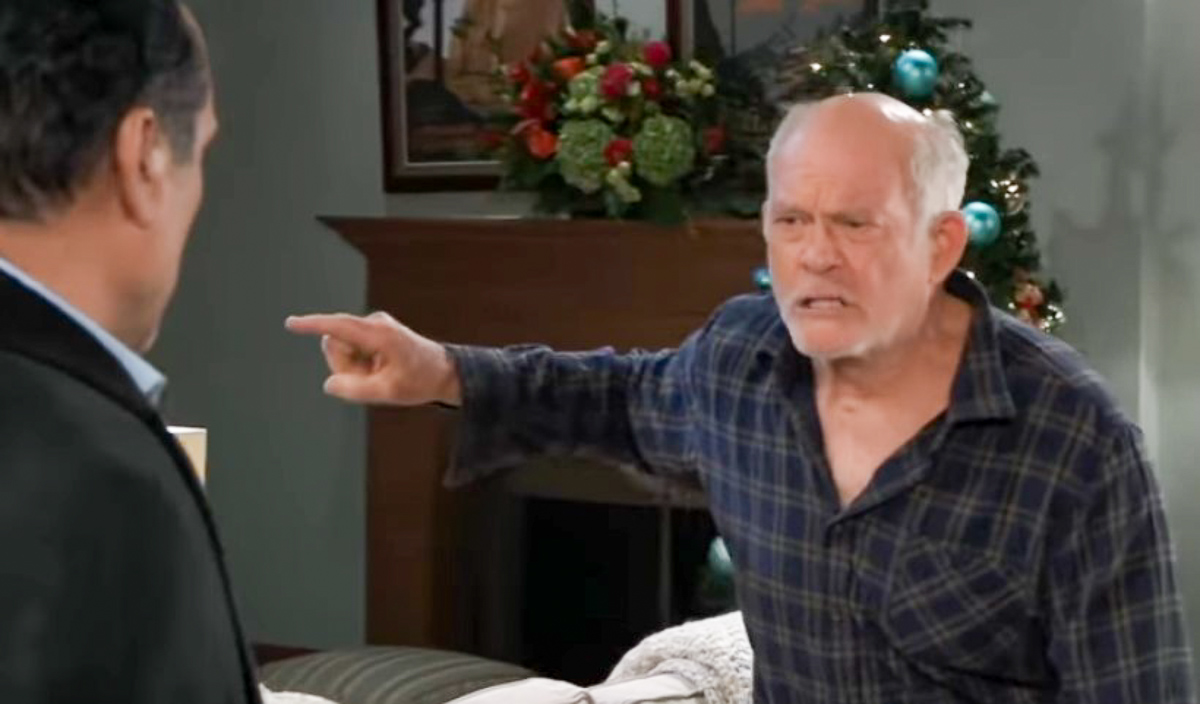 General Hospital (GH) spoilers tease that Sonny Corinthos (Maurice Bernard) is not a man who gives up easily, or ever, really. But Sonny is facing something that he has no power over, and that is a hard pill for the mobster / coffee importer to swallow. His father, Mike Corbin (Max Gail), is entering the final stages of Alzheimer’s Disease and doesn’t have much time left.

Recently, Sonny asked a visiting Dr. Griffin Munro (Matt Cohen) to look over his father’s files. Griffin confirmed that Mike was deteriorating fast. But he was pressed by Sonny, Griffin told him about a potential study in Sweden that might possible help Mike. But Griffin warned that it might now change anything. But hearing that there was something that he might possibly be able to do, Sonny leapt into action.

General Hospital Spoilers and Recap Tuesday, December 17 – Charlotte Identifies Nik As Her Bodyguard; Franco Is Back The Portrait Burns

Sonny contacted the doctors in Sweden with he hopes of getting Mike into the study. His son, Michael Corinthos (Chad Duell) questioned his father about if this is what Mike would want or if this was the best way to spend his final days, halfway around the world from his friends and family. The research treatment had no guarantees. Sonny heard what Michael had to say, but it wasn’t until he saw his father in Turning Woods, where he was so far gone, that he believed Sonny was someone else entirely!

So look for Sonny to do something that will be extremely hard for him to do. He will keep Mike where he is, and enjoy what few good days Mike has left. It’s tough for Sonny to realize he doesn’t have much time and all he can do is be there for his dad. There are some heartbreaking scenes coming up for Sonny and Mike, as well as the rest of the Corinthos family, so stay tuned to General Hospital airing weekdays on ABC. And don’t forget to check back here regularly for all your General Hospital news, information and spoilers!