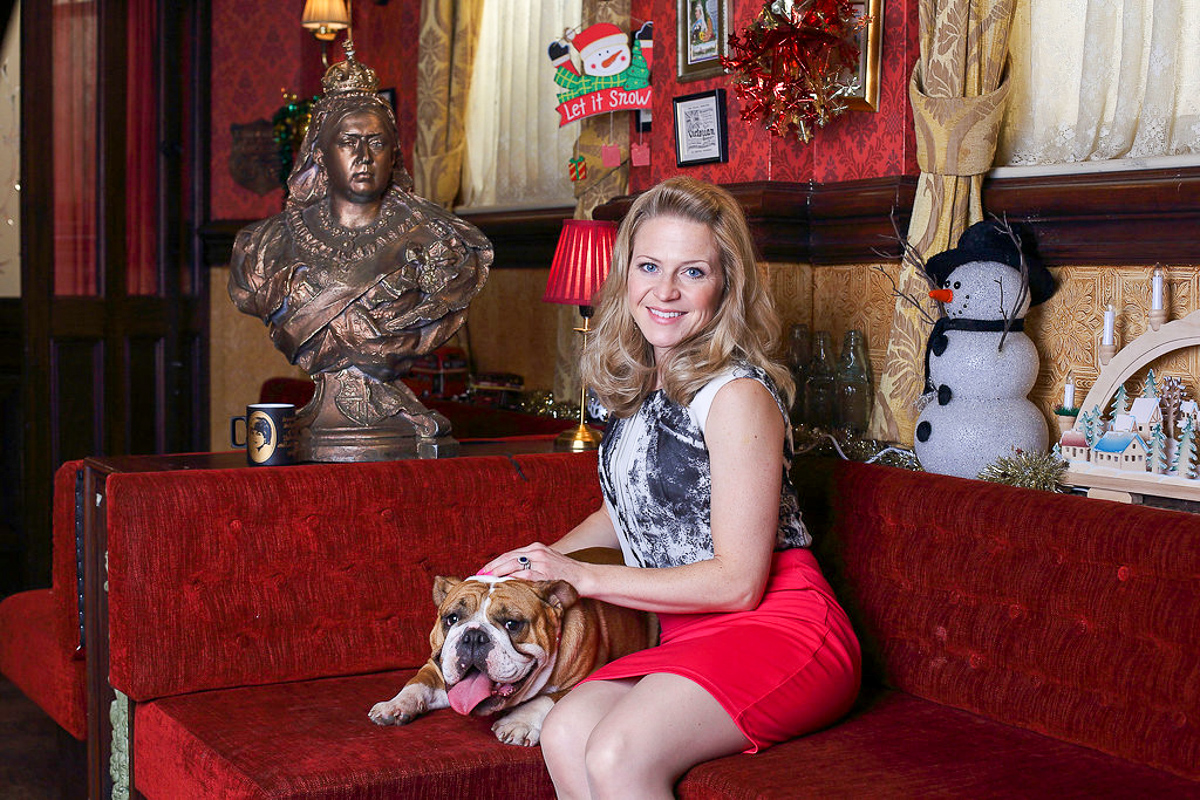 Eastenders spoilers reveal Linda Carter’s (Kellie Bright) will continue worrying her husband with her excessive drinking. Expect explosive and shocking scenes during Christmas as well as New Year’s Eve. It is teased that dressed as Mrs. Claus, Linda will collapse outside in the cold, but even unconscious, she can’t stop clutching her bottles of booze. Just how bad will things get for the character?

To deal with the pressures of family life and her job, Linda has turned to alcohol. However, things have gotten out of control. She continues to head toward a downward spiral despite her promises to Michael “Mick” Carter (Danny Dyer). Things are about to get a lot worse before they improve, though.

Eastenders spoilers tease that Mick’s concern will continue to fill his thoughts. He even asks Sharon Mitchell (Letitia Dean) for help with the situation. She promises to keep an eye on Linda, but that won’t go over very well with the alcoholic. When the couple gets into a fight at a holiday party, Linda storms out. His concern turns into panic when Linda fails to show up on Christmas morning.

It is indicated that Linda, dressed as Mrs. Claus, will stumble outside while drunk. She eventually collapses on the cold ground. She wakes up the next morning, mortified about waking up on the ground. It appears that she may suffer a blackout and ends up lying to Mick about what happened the previous night.

In addition to the blackouts and lies, Linda will continue to keep secrets from Mick. She doesn’t want him to know just how bad things are for her. She makes promises that she will be sober in 2020. The woman has every intention of keeping that promise, but things continue to spiral out of control. In fact, it is hinted that when Mick finds out what she has done, he will be utterly disgusted by his wife’s behavior.

Is there any hope for Linda to get sober and make amends? Or will her shocking behavior end up destroying the family she claims to love?