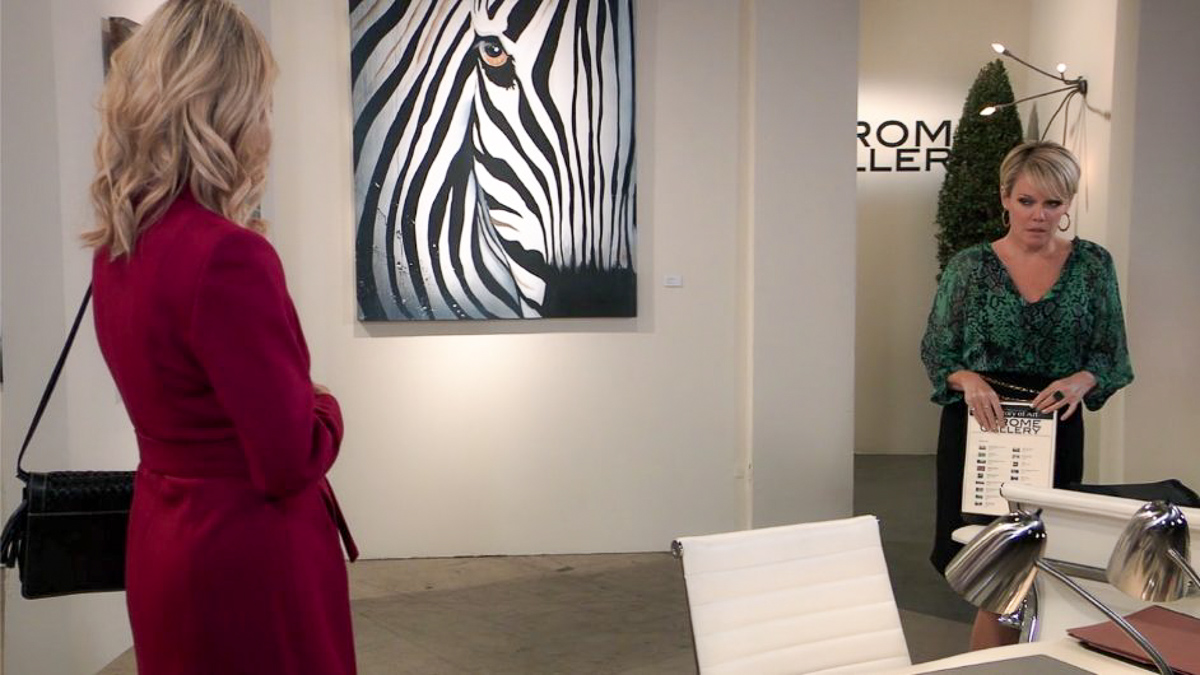 Hell hath no fury like two women scorned – make that three! Nina will bring her aunt Liesl Obrecht (Kathleen Gati) into the loop so she can take Charlotte on a short trip. This will not need to be a very long time at all, because Valentin is still recovering from when Charlotte was kidnapped the last time by Cassandra Pierce (Jessica Tuck)! There may actually be a fourth woman involved making that four women scorned because of the lies of the Cassadine men – Claudette Beaulieu (Bree Williamson)!

General Hospital viewers already know she is alive and well somewhere and Charlotte would love to know she is okay and so Liesl takes her for an overnight with Claudette, who Nina has tracked down, possibly with the help of Curtis Ashford (Donnell Turner)! Valentin made Claudette disappear supposedly for her safety, although she too wound up in the clutches of Cassandra, but he didn’t do Charlotte any favors either by ripping her away from the only mother she’d ever known at the time!

GH Spoilers – Valentin Cassadine Will Be Devastated, Lulu Spencer Will Be Helpless

Nina or Ava will probably get a phone that cannot be traced, sometimes called a “burner phone” and one of them will send a text to Valentin, purportedly from the kidnapper, not for ransom as such but with a cryptic message such as “You took what was precious to me, now I took what is precious to you!” Perhaps the message will be “signed” with an N at the end to give Valentin a hint.

He is already suspecting the masked man might be Nikolas so it shouldn’t be hard for him to figure out. He just chastised Charlotte for talking to a stranger at the pier the day before the auction so he will probably check for Charlotte at Wyndemere before panicking and then find her missing! The nanny won’t be informed either so she won’t know Liesl took her somewhere! Meanwhile, Lulu will just be helpless, and won’t even know Charlotte is missing until Valentin informs her of the text! This will happen during the art auction and Valentin will leave just after outbidding everyone for the portrait of Helena Cassadine (Constance Towers).

Meanwhile, the auction has ended and Ava lies in wait for Nikolas to show up at the gallery to try and claim the codicil! The codicil, meanwhile, unless it is encoded in the painting itself or Ava found it and removed it, or perhaps doesn’t even exist at all – which would be just like Helena playing one of her mind games – will not be where Nikolas thinks it is because he probably thinks it is behind the portrait in the frame, which has been removed and hidden! When Nikolas arrives and demands answers, she’ll probably just tell him it’s in a closet, and when he goes in the closet she’ll lock him in it! She might then leave the gallery with a goodbye that tells him, “Good luck finding the codicil – oh, by the way, Nina found your ring under my bed at Shadybrook – she has it!” This will give Nikolas worries that now Valentin knows he’s alive and he’ll start worrying about his mother, Lulu, and his son, Spencer Cassadine (Nikolas Bechtel)!

Of course, when Valentin gets that text, Nina will play dumb, and go with him to Wyndemere, where she also will panic over Charlotte’s kidnapping. She will corner Liesl and demand her to tell her if she knows where Charlotte is, and Liesl of course will play dumb also.

Valentin and Nina go together to tell Lulu and show her the text on Valentin’s phone, just in case someone is playing a very mean trick and Charlotte is with Lulu! Of course, when Lulu finds out Charlotte has been kidnapped again, she will tell her and Nikolas’ mother, Laura Collins (Genie Francis)! Laura of necessity will need to talk to Valentin about the text, and get the police involved, and then Sonny and Carly Corinthos (Maurice Benard, Laura Wright) and maybe even Jason Morgan (Steve Burton) will find out because Lulu will probably tell Sonny too, so he can add his men to the search and probably Jason!

At that point, scorned woman number five, Carly, stands up and has had her fill of keeping Nikolas’ secret, and tells Sonny, Jason, Lulu, Laura and Valentin all at the same time! Charlotte had talked about a man on the docks and that she saw him in the living room of Wyndemere to Laura, and told her he was her secret bodyguard, and she worried about Charlotte having PTSD! By the time Carly blows Nikolas’ cover, all of Port Charles will know he’s alive! Laura will be in shock and assume if Nikolas has her it’s to protect her from Valentin, but she doesn’t know how dark her son has become! The Nikolas of today is much more like his father, Stavros Cassadine (Robert Kelker-Kelly) than he is like her!

Ava will send another text to Valentin for him to meet her at the art gallery the next morning, by which time Claudette will return with Charlotte, or Liesl will have gone to Claudette and brought Charlotte back. Liesl and Charlotte will also be at the gallery, and possibly Claudette. All the women, and possibly the police unless Valentin or Jason and Sonny convince Laura not to involve them, plus Jason, Sonny, and probably Jasper Jacks (Ingo Rademacher) who also will be in the loop now, meet at the gallery, where Ava unlocks the closet and Nikolas and Valentin will be confronted by all the people they have hurt with their lies, except possibly Liesl will take Charlotte back home first so she doesn’t have to witness the ugly scene!

Stay tuned to GH and keep checking General Hospital spoilers frequently for all the latest news, updates and developments, and to see how this all plays out!