‘The Bold and the Beautiful’ Spoilers: Steffy Fights On Two Fronts – Family And Fashion Matters 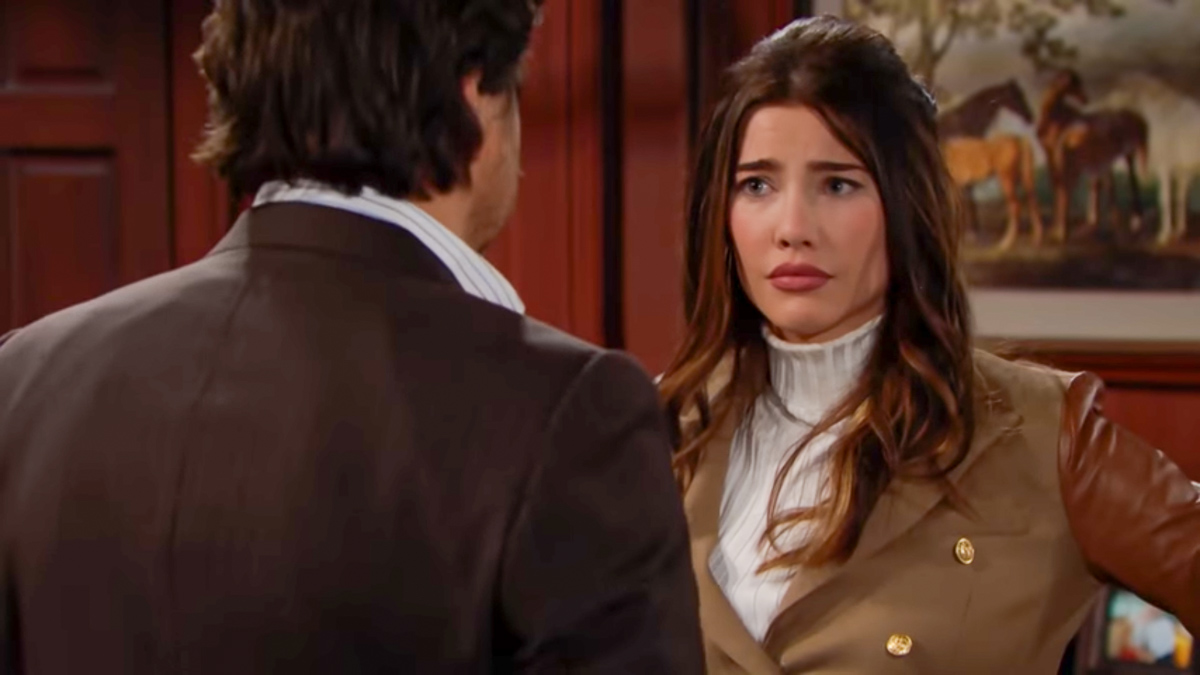 Steffy Forrester (Jacqueline MacInnes Wood) is back in the game on ‘The Bold and the Beautiful’. And that is the right noun to use, as one of its definitions includes possessing a fighting spirit.

Family comes first for Wood’s character, as is true for most of the people on B&B. Though her brother’s, Thomas Forrester (Matthew Atkinson), motives remain in question in that soapy regard.

Returning to Forrester Creations in the recent past, after dealing with the unconscionable loss of the little girl who was presumed available for adoption, Steffy continues to fight for her family. Intertwined with that persistent effort is a fashion showdown, which will be held in the Forrester’s arena.

Steffy left the apartment where Zoe Buckingham (Kiara Barnes) was located. Liam Spencer (Scott Clifton) remained, as he finalized the acquisition of his informant. Clifton’s character was smart to include Steffy in his plan, as her importance in helping to monitor Thomas’ behavior will increase.

Meanwhile, back at FC, Steffy was meeting with Sally Spectra (Courtney Hope). She’s the new designer for Steffy’s line, which is something Hope Logan (Annika Noelle) didn’t know.

Hope has been distracted by numerous incidents involving Thomas these past many months, which caused Hope For The Future to go dormant. So Hope’s only option appears to be Thomas, if she intends to win the referenced showdown.

Sure, ‘Bridge’ can be rebuilt some day. Ridge Forrester (Thorsten Kaye) and Brooke Logan (Katherine Kelly Lang) have repeated their pattern of togetherness and splitting on many occasions. Along with his link to workplace chaos, Thomas is also connected to the end of this marriage edition ending.

While Steffy isn’t a Brooke fan, she doesn’t like to see her dad in pain. That’s a major difference between how she’s reacting to what her father is going through and what Thomas is saying. He’s fronting empathy, but actually orchestrated the tumult and is now encouraging Shauna Fulton (Denise Richards) to form ‘Shidge’ as soon as possible.

Bold And The Beautiful Spoilers – Internal Threat To Co-CEO Status

As B&B fans, along with a few characters including Zoe know, Thomas doesn’t just want to be a designer at his family’s company. No, he wants to push Steffy out as co-Chief Executive Officer.

In one of his me-first visions, Thomas is running the company with his father. Hope is by his side, while they raise Douglas Forrester (Henry Joseph Samiri) together.

Now that everyone is back to work, Steffy should soon become aware of her brother’s full intentions. When that happens more than a fashion battle will take place. It’s outcome is unpredictable, which makes for engaging soap.