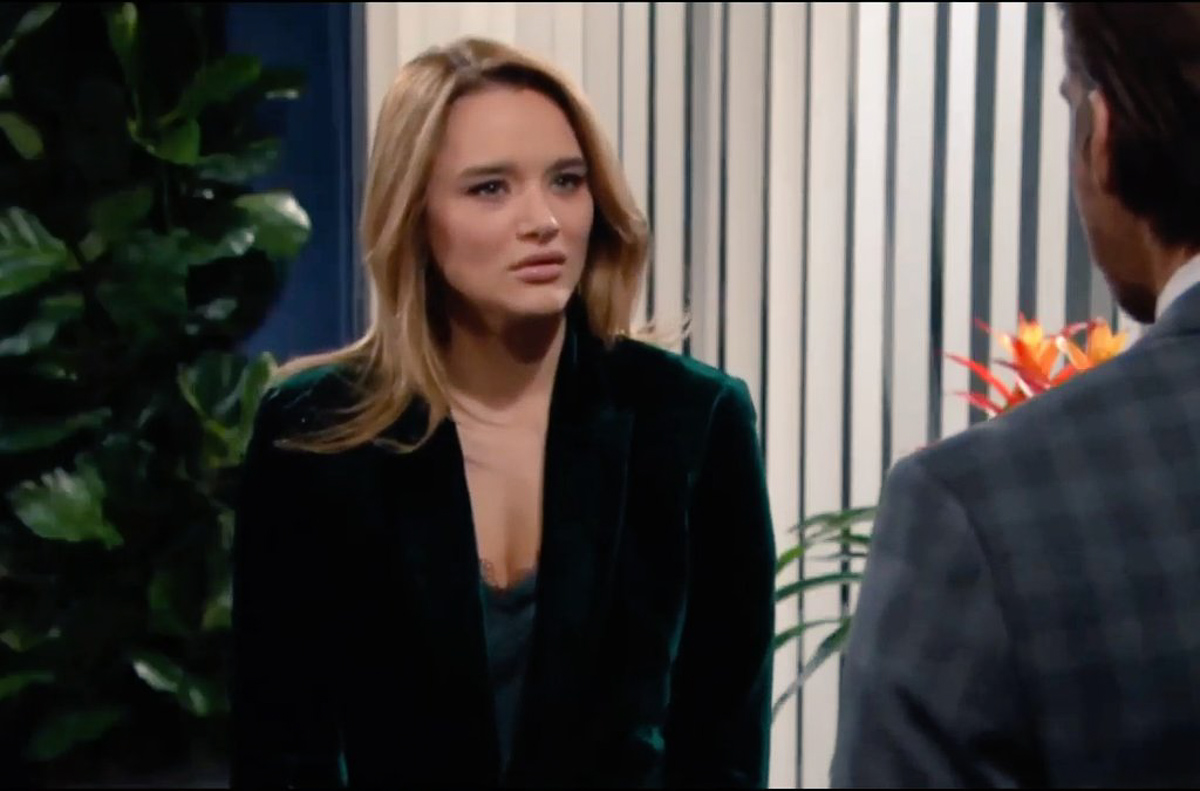 The Young and the Restless spoilers document that Theo Vanderway (Tyler Johnson) dropped Summer Newman (Hunter King) for a number of reasons. Mostly importantly, he’s interested in Lola Abbott (Sasha Calle). He didn’t tell Summer that, instead opting to say they needed a break.

Summer was fine with Tummer. But Theo’s apparent full stop of their emerging couple’s status means that she has nothing romantic to do as Christmas is set to arrive on Y&R.

Lola feels sorry for Theo and hasn’t developed any feelings for him beyond friendship just yet. Kyle Abbott’s (Michael Mealor) thoughts are different, in that Summer is a former significant other who he still retains protective feelings for.

Young And The Restless Spoilers – Frequent Meals At Society

Theo is often seen within the Society restaurant setting. He’s there more often than not, choosing to dine alone on many of those occasions. There’s a reason for that and her name is Lola, though it’s also true that he loves her cooking.

Projecting trouble for Kola based on what’s begun to swirl withing the last handful of weeks of fall would be easy. But Y&R may be headed on an unexpected path this winter.

Y&R Spoilers – Kola’s Future May Not Be Threatened

Two scenarios could quickly develop. One would trigger the other.

Kyle and Summer become involved again and that drives Lola into Theo’s arms. Then again, Lola could act on impulse and make the move first, creating Kyle’s outraged reaction and response with Summer.

However, fans have heard Kola asked questions about their first child on various occasions. Lola even took a pregnancy test, while she and Kyle anxiously awaiting the outcome. It proved negative, but felt like a not-so-distant future foreshadowing.

It would be nice to have the show’s most endearing couple have a baby. Sure there could be intrigue as to whether Theo was involved. As of the moment a retro flashback would need to reveal that projected shocker, a la Mia Rosales (Noemi Gonzalez) and Arturo Rosales (Jason Canela) when Ria went bust, because Lola is faithful.

Young and the Restless Spoilers: Will Victoria Give Up Her Career To Save Her Marriage? @celebratesoaps https://t.co/UKo9Z7SGRV

Young And The Restless Spoilers – Then Again, Maybe Summer Newman Will Be Expecting

A head-fake tease may have also been projected by Lola’s pregnancy test. Summer isn’t pregnant now. But if she soon becomes so, Theo won’t be the father.

King’s character has evolved to the point where she could have a child, with Kyle likely the father. No longer the snowflake once dubbed by Mariah Copeland (Camryn Grimes), Summer has been though a lot, was exceedingly generous in donating half of her liver to Lola, and hasn’t caused trouble in awhile.

The above twist would be intriguing. But Kola fans are hopeful that Kyle and Lola continue their love story and start a family instead.