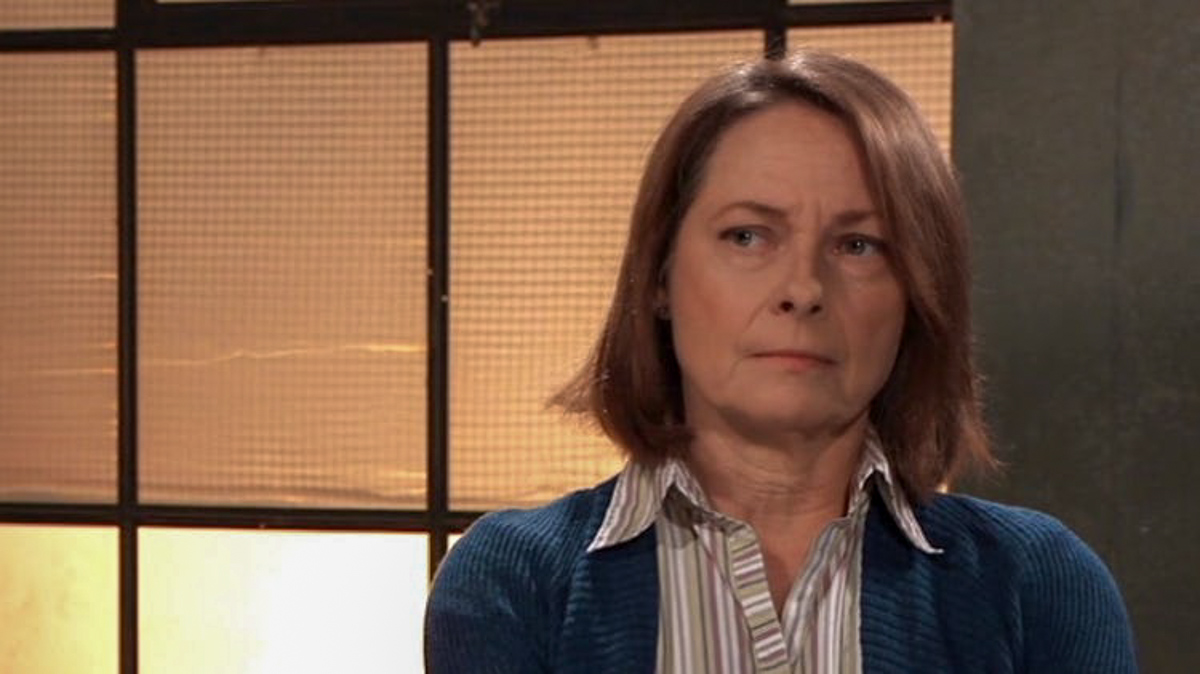 Bonnie Burroughs is set to return to “General Hospital” as Gladys Corbin on December 23. She made her first appearance on the soap back on September 3 and she hasn’t been seen in Port Charles since. Next week, fans will get to see her once again.

Viewers may recall that Burroughs co-starred as Hanna Napier in FX’s “Justified” Season 3. She appeared in the episode “Guy Walks Into A Bar.” She also appeared on “Shameless,” “CSI: NY,” “The Mentalist,” “Sons of Tucson,” “Prison Break,” “Heroes,” “Cold Case,” “Boston Legal,” “The Closer,” “Malcolm in the Middle,” “ER,” “Desperate Housewives,” and “One Life to Live.” Her other acting credits include “Easy A” and “Hard to Kill.”

Aside from Burroughs, another character will make a return to “General Hospital.” Jane Elliot is also making a comeback. She’s returning to the soap as Tracy Quartermaine during the week of December 23. The rest of the Quartermaine family will be surprised once they see Tracy back in town from Amsterdam. Not only that, Tracy brings with her a lot of drama.

Next week on “General Hospital,” Josslyn Jacks (Eden McCoy) will be confused and she’ll start asking questions. It may probably be about Carly Corinthos (Laura Wright) and Sonny Corinthos’ (Maurice Benard) conflict. She may eventually discover that it involves her father, Jasper “Jax” Jacks (Ingo Rademacher). Aside from that, Joss will also start wondering if Dev Cerci (Ashton Arbab) thinks of her as more than a friend. It seems as though he likes her after they went to visit Mike Corbin (Max Gail).

It’s a standalone episode so preemptions won’t affect it and that means it will air on Monday. In the special holiday show, Fin will Ebenezer Scrooge. The rest of the cast will take on fun roles and the setting will be on Finn’s dream.

Meanwhile, Danny Morgan (Porter Fasullo) will tell Santa his Christmas wish and it’s most likely about being able to spend time with his mom during the holidays. It looks like he’ll have the same Christmas wish with Jason Morgan (Steve Burton).