The Bold and the Beautiful Spoilers: Is Thomas Playing Zoe? Forrester Model Gets Caught In The Heat Of The Moment 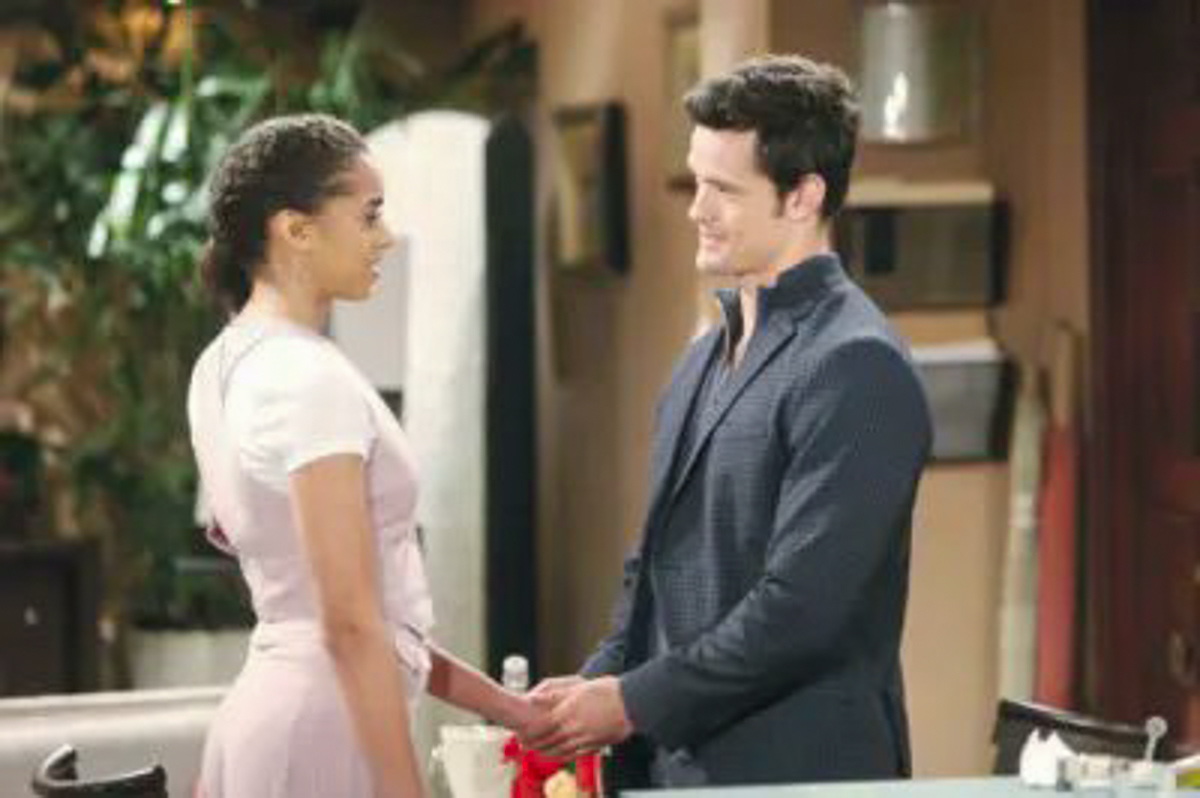 The Bold and the Beautiful spoilers tease that if there is one master manipulator that is willing to go to great lengths to get what he wants in this town, it’s most definitely Thomas Forrester (Matthew Atkinson). As a matter of fact, he is about to play some serious mind games with Zoe Buckingham (Kiara Barnes), which will lead to some major consequences. Read on for all of the latest spoilers.

According to CBS Soaps in Depth, Hope Logan (Annika Noelle) will agree to allow Thomas to design her Hope For The Future line, as she is feeling as though she doesn’t have any better options at her disposal. Of course, Thomas is a very talented designer but at the same time he’s also someone that can’t be trusted. One would think that by now Hope would realize this.

And while Hope really doesn’t know what’s going on with Thom, she agrees to babysit Douglas Forrester (Henry Samiri) just so Thomas can go on a date with Zoe. And while Zoe is also acting like a double agent for Liam Spencer (Scott Clifton) and Steffy Forrester (Jacqueline MacInnes Wood), she ends up getting caught up in the head of the moment. Could this mean that she might also be falling in love with him, too? That’s what Liam is worried about, as he thinks that Zoe won’t be able to focus on the task that she’s been given while Hope tells her husband that Zoe is being wined and dined by Thomas. It looks like someone else might be two steps ahead of everyone here.

‘The Bold and the Beautiful’ Spoilers: Thomas Changes Course In Pursuit For Hope But Walks Straight Into A Trap https://t.co/7liulOSILc pic.twitter.com/VlvHISg1me

Elsewhere, The Bold and the Beautiful spoilers also tease that Brooke Logan (Katherine Kelly Lang) and Ridge Forrester (Thorsten Kaye) will get nostalgic about their love affair even though their marriage is all but dead. Both Brooke and Ridge know that they still have feelings for one another, but unfortunately they can’t seem to come to a compromise when it comes to their kids.

With so much going on this week, The Bold and the Beautiful fans won’t want to miss a thing! Tune in everyday on the CBS network for all of the latest action.