The Bold and the Beautiful’ Spoilers: Liam Intent On Confirming Facts – Hope Has No Place To Go 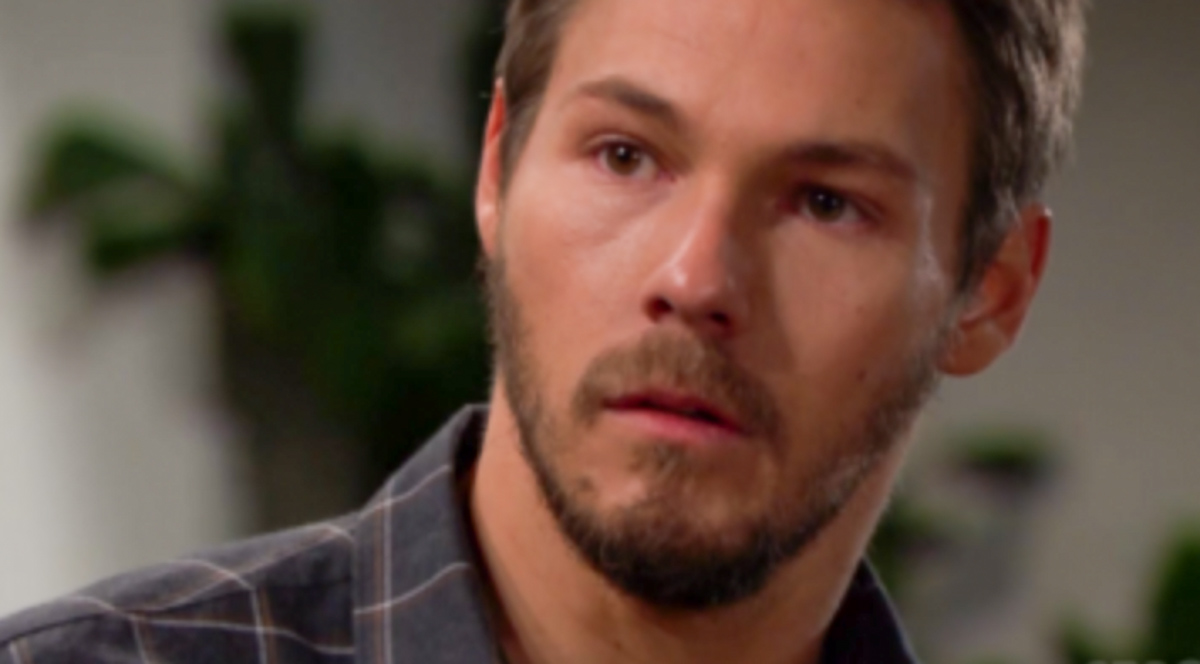 The Bold and the Beautiful spoilers tease that Liam Spencer (Scott Clifton) believes that Thomas Forrester (Matthew Atkinson) is lying. There has been no transformation. He hasn’t seen the light and doesn’t want to do good. Liam doesn’t want his gut feeling to be proven true, but fears that will happen.

Hope Logan (Annika Noelle) isn’t so sure. She recognizes that his idea about the fashion showdown is positive. He supports her currently dormant fashion line and creates unquestionably beautiful designs. However, Atkinson’s intense character still creeps her out due to all that’s happened.

Speculation, projection, offered opinion, or whatever isn’t of interest to Liam. That’s why he’s convinced Steffy Forrester (Jacqueline MacInnes Wood) to go along with his plan to spy on Thomas.

Zoe Buckingham (Kiara Barnes) was talked into being a monitor. She’s conflicted by her romantic feelings for Thomas, but has accepted the task because it comes with a job reinstatement, modeling at Forrester Creations.

Everything got way out of hand earlier this year. To think that Lope didn’t know their baby, Beth Spencer (Madeline Valdez and River Davidson), existed and was being raised by Steffy, as the presumed adopted Phoebe Forrester, was outrageous.

Yes, Zoe’s father, Reese Buckingham (Wayne Brady) sparked the entire matter because he felt pressured to settle his gambling debts. He genuinely was trying to protect Zoe, but should have reported his bookie to the authorities. Instead, Reese sold Beth to Taylor Hayes (Hunter Tylo) in the form of a private adoption, which included Flo Fulton’s (Katrina Bowden) aid.

Thomas later forced the truth out of Flo and wanted to immediately tell Hope what he learned. He quickly changed his mind, opting to withhold the information from her, threatened people’s lives, including Zoe’s, and ran Emma Barber (Nia Sioux) off Mulholland Drive to her death.

Liam’s goal is to try and prevent Thomas from damaging lives again. He wants to protect Hope from him, believing that the fixation hasn’t passed. But Liam is also looking out for Steffy.

There’s no doubt that Clifton’s character is attempting to preemptively protect the mothers of both of his children. He also wants to shield the child Hope just legally adopted, Douglas Forrester (Henry Joseph Samiri).

Thomas was so far out of control in the last few rounds of his imposed mayhem because people weren’t fully onto him, as only Brooke Logan (Katherine Kelly Lang) and Liam saw through the veneer. Circumstances and the volume of believers changes the game now.

Thomas has changed tactics. He told his friend, Vincent Walker (Joe LoCicero), that past efforts haven’t worked. So, he was going to try something different.

Zoe, while thinking she’s spying, has actually just begun to be played. Thomas is going to convince her that he’s romantically interested in order to distract Hope.

This devious ploy revives Thomas’ manipulative efforts. But Hope still holds sway in his mind, which should give her an advantage when the next climax in this arc is reached.