‘The Bold and the Beautiful’ Spoilers: Major Drama At Forrester Creations – Spotlight On Thomas Again 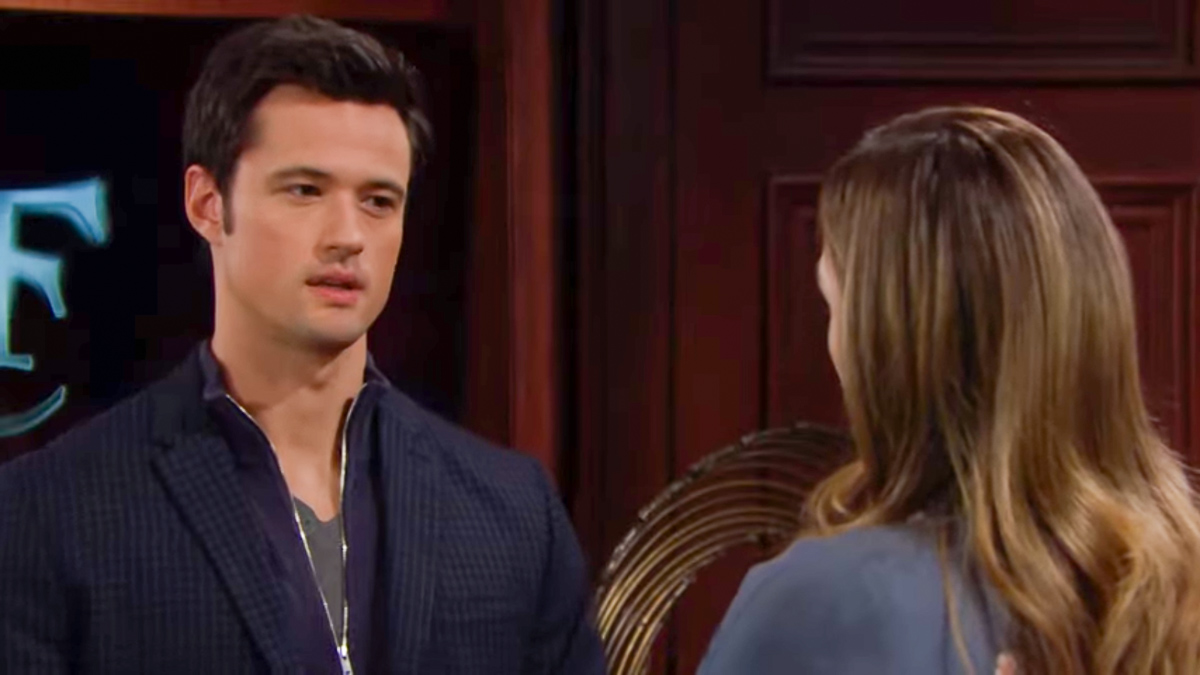 Thomas Forrester (Matthew Atkinson) is still standing at the center of the storm on ‘The Bold and the Beautiful’.  Grudging credit could be offered to him if he we was pursuing positive goals. But he’s not, as Liam Spencer (Scott Clifton) is trying to prove.

Clifton’s character has taken the torch from Brooke Logan (Katherine Kelly Lang), her soon-to-be shortened moniker following the needless ‘Bridge’ divorce that is happening due to Ridge Forrester’s (Thorsten Kaye) refusal to see his son as he is. The race involves again exposing Thomas and hopefully stopping him for good.

And so B&B, after creatively enabling its main villain to even exist, has written Thomas into major drama at Forrester Creations. Hope Logan (Annika Noelle), Steffy Forester (Jacqueline MacInnes Wood), and others will be major players in the next chapter of this arc. But maybe it will prove to be the closing one?

Bold And The Beautiful Spoilers – Fashion Showdown Linked To Teamwork

Thomas had another brainstorm. As Hope was telling her mother, Thomas’ fashion designs and business ideas are beautiful, which contrasts the darkness he pursues with one of the other sides of his personality.

Kudos to the writing team for presenting a vulnerable villain who isn’t simply two-sided. Thomas is trying to be a good father, while continuing to fight mental health issues that haven’t been accepted or acknowledged, which is part of the reason why he acts as he does.

But there are other areas of his personality that do shine through. In this instance, Thomas wants to prove himself to Hope and others. That’s why his idea of a fashion showdown is intriguing.

Her father learned various truths about Thomas and chose to shield him from justice. That was Ridge’s perceived way of helping his son heal.

Steffy has common sense. While she loves her brother, Wood’s character is also seeking the truth. That’s why she went along with Liam’s suggestion that they visit Vincent Walker’s (Joe LoCicero) apartment. The former ‘Steam’ found Zoe Buckingham (Kiara Barnes) living there.

Liam talked Zoe into becoming an ally in his quest to test Thomas. She’s on board because Barnes’ alter ego wants to model for FC again and because Thomas’ promises for her to do so haven’t been realized.

Bold And The Beautiful Spoilers – Shine The Spotlight On Thomas Forrester

Liam doesn’t really believe that Thomas has reformed himself, but he’s willing to explore the theory in a measured way. Securing Zoe as an informant adds a layer of protection that didn’t exist in the past.

Thomas won’t be initially aware of all that’s happening, but he’ll believe he’s making progress toward his goal of reclaiming the ‘Thope’ family and reestablishing his place within the Forrester family company. Yes, the developing scenario projects major drama ahead.