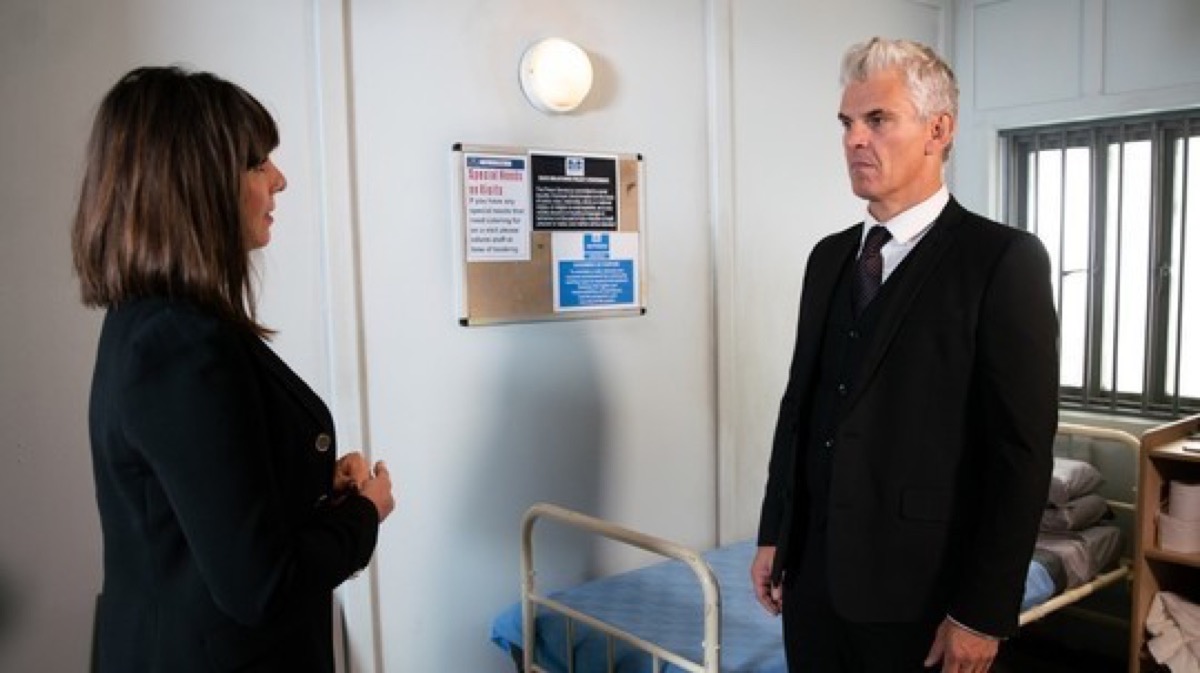 In “Coronation Street,” the table has turned. Robert Preston (Tristan Gemmill) now has all the cards and has threatened Michelle Connor (Kym Marsh) that he’ll shop her to the police unless she tells him where Vicky Jeffries (Kerri Quinn) and his son is. Will Michelle reveal Vicky’s location and break her promise to never tell Robert where they are?

Viewers may recall that Michelle and Vicky planned to frame Robert for the latter’s murder as revenge for cheating on both of them. As the police investigated her alleged murder, Vicky stayed in a hotel. Meanwhile, Robert was brought in for questioning regarding her disappearance. Everything was going according to their plan until Vicky experienced labor pains.

Vicky called Michelle and told her she was in labor. The latter rushed to the hotel only to find that Vicky’s labor was already advanced. She tried to convince her to call an ambulance but Vicky refused. So Michelle ended up delivering Vicky’s baby boy. Not long after, the paramedics arrived and Michelle confessed that she called them because she doesn’t want her to lose her baby.

Robert Gets Off The Hook For Murder

Vicky was then rushed to the hospital and was questioned by the police about her disappearance. She pretended that she didn’t know anything about it and apologized for the panic that she’s caused. Because of this, Robert, who was due in court, was off the hook with the police. He was also informed that she has given birth to a baby boy.

Robert went to the hospital straight away only to find out that she’s no longer there. Vicky discharged herself and nobody knew where she went except for Michelle.

Robert came up with a plan as to how he could find his son and Vicky. He confronted Michelle and forced her to admit that they planned to frame him for Vicky’s murder. Michelle admitted everything but what she didn’t know as that Robert recorded her confession.

He then threatened her that he’ll turn the tape to the police unless she locates Vicky and lead him to his son. Michelle told him that she can’t because she already gave her word to keep their location a secret? Will Michelle betray Vicky or risk going to prison to keep her promise?