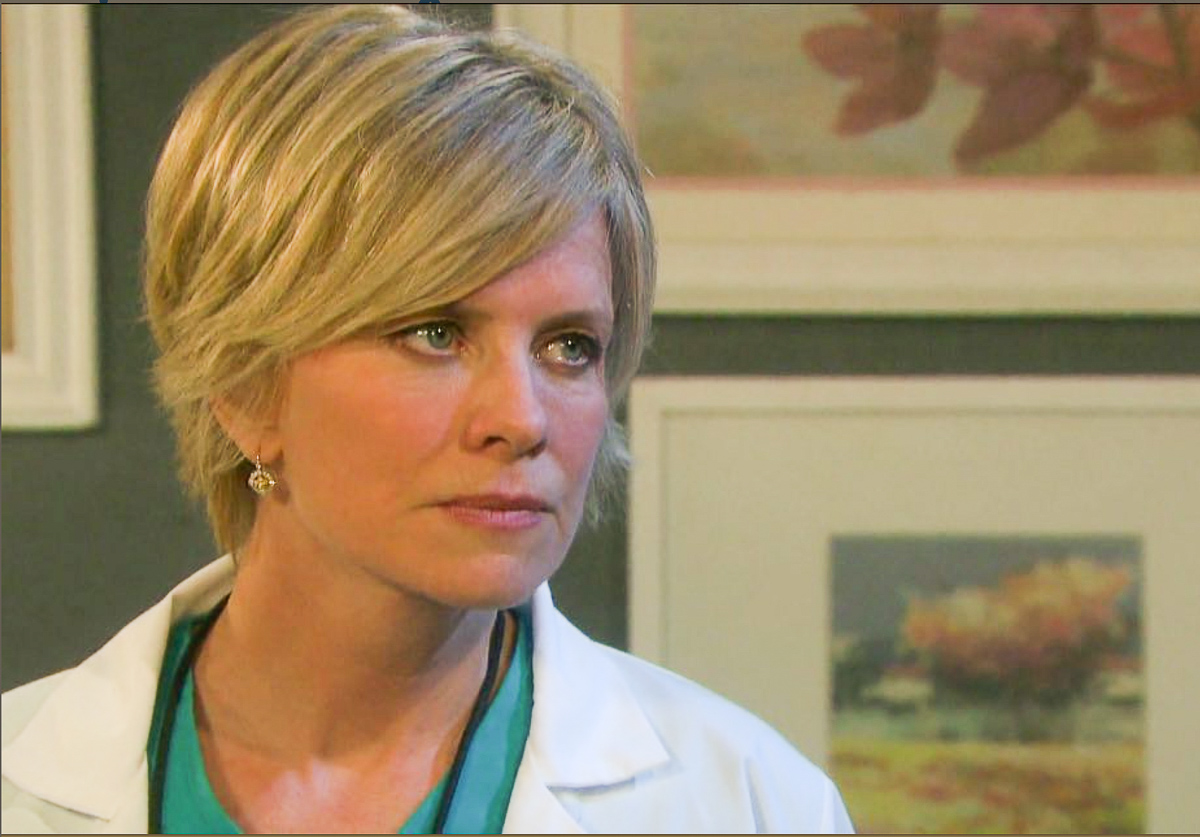 Days of Our Lives spoilers reveal Stefano DiMera (Stephen Nichols) will disguise himself as Santa and go to the hospital holiday party. However, he is recognized as Steve “Patch” Johnson by Dr. Kayla Brady (Mary Beth Evans). When she chases and confronts him, could she manage to break through the brain chip? Is the love and bond that they share enough to bypass Stefano? Love could conquer evil in this storyline.

DOOL spoilers indicate that Stefano believes Dr. Rolf (William Utay) gave him Steve’s face and body. However, it is really Steve who has just been given a brain chip to make him think he’s the DiMera patriarch. That means the real Steve is in there somewhere, just waiting for an opportunity to break free.

Stefano will risk it all by sneaking into the hospital. of Our Lives spoilers reveal Stefano DiMera and chases him down. The doctor confronts “Steve-ano” and he has to be quick and creative so he doesn’t arouse suspicion. He most likely succeeds — at first. However, there is more to this story.

Days of Our Lives spoilers reveal Kayla has moved on from Steve. However, that doesn’t mean she is actually over her one true love. She thinks about him often and is deeply hurt over him throwing away their marriage without saying a word. He didn’t even fight the divorce. Deep inside, she knows something isn’t right but has chosen to try and move on anyway.

This might get difficult when she realizes that Steve is back, but has been overtaken by a brain chip. She will want to save him, but what about her current beau, Justin Kiriakis (Wally Kurth)?

Days of Our Lives Spoilers: Stefano DiMera Reveals His New Face to Salem, Find Out When the Big Reveal Happens https://t.co/HhoD1pexKP pic.twitter.com/sQJS8YNaL6

It is hinted that “Steve-ano” has one weakness and that is Kayla. It isn’t something Stefano can control and Dr. Rolf couldn’t predict. It is possible that the way to save Steve is through his heart. Could seeing Kayla trigger something deep inside “Steve-ano?” Could her love be so pure and powerful that it breaks through the brain chip, allowing the real Steve to emerge? In Salem, anything is possible.

Be sure to tune in to catch up on everything happening with DOOL right now. Come back here often for Days of Our Lives spoilers, news, update and rumors!