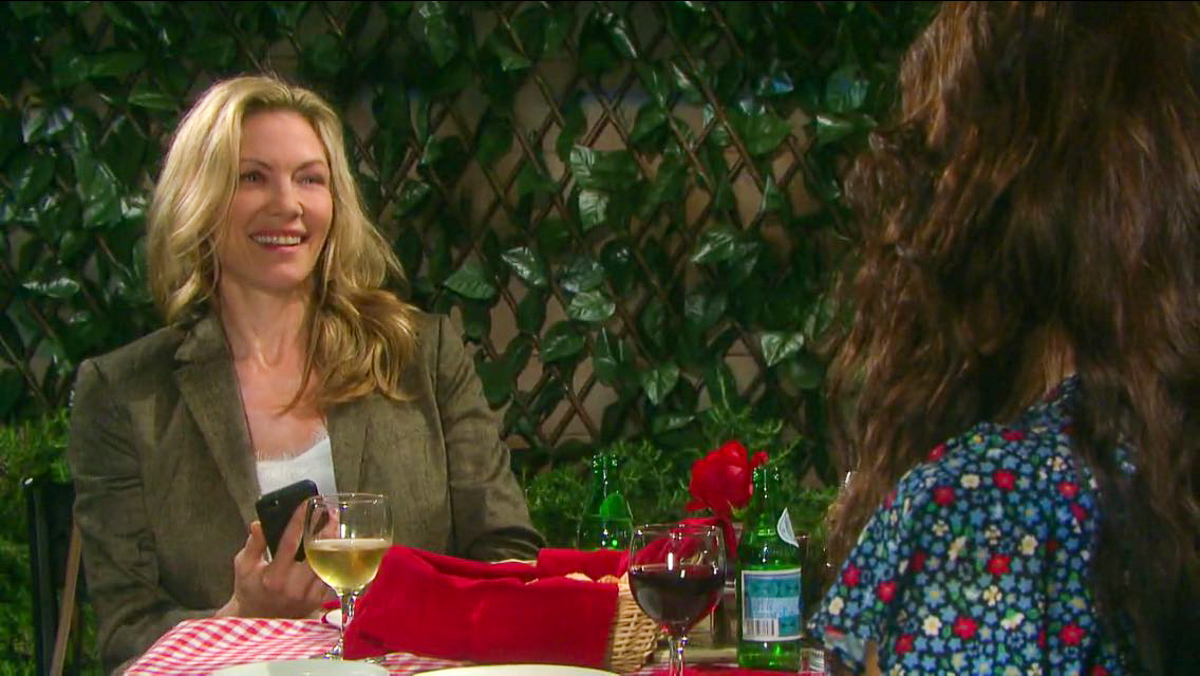 Nicole Walker and Brady Black (Eric Martsolf) are renewing their close friendship after Nicole was dumped by Eric Brady (Greg Vaughan) after she confessed that she had kept Sarah Horton’s (Linsey Godfrey) secret about her baby, Mackenzie “Mickey” Horton (the May twins) having been fathered by Eric, and not Xander Kiriakis (Paul Telfer) as was previously claimed by Xander, and a fake paternity test being created at the time as well! Nicole and Brady were once involved romantically as well, and so their close friendship could eventually reignite into something more than friends!

Eric and Nicole have only been broken up for a couple of months, but Nicole may be rebounding already. Other Days of Our Lives spoilers tease that Nicole will impulsively pull Brady into a kiss, and possibly a passionate looking one, near the end of the week. Whether this is just a mistletoe inspired kiss or not remains to be seen, but it does happen the same day that Lani Price (Sal Stowers) and Kristen DiMera (Stacy Haiduk) return to Salem from Rome, where they spent several months studying to become nuns, although they both pulled out of it at the last minute, deciding that it was not the life for them. They also realized, Lani in particular, that it was a form of hiding from their problems instead of solving them, and they are returning to Salem to take back what is rightfully theirs – in Kristen’s case, DiMera Enterprises and Brady!

Kristen is still not the most stable person in the world, and to see Nicole and Brady kissing will be more than she can handle! She will fly into a rage at Nicole and may come out of nowhere and literally pull Nicole off of him! Brady may have to intervene and break up the potentially fatal catfight between them, as that is what likely happened when Haley Chen (Thia Megia) died – Kristen couldn’t handle her and Brady’s newborn baby girl dying, and she lost control in her grief, and Haley died as a result, although the death was ruled as accidental on Kristen’s part. Brady will likely have to convince Kristen that it wasn’t what it looked like!

Brady also likely will have to remind Kristen that he and she are no longer a couple – she dissolved that relationship when she ran off and disappeared for over a year after the deaths of Haley and their baby girl. Kristen will not like that news coming from Brady, but then she may realize that her leaving with no communication for over a year would have tended to force Brady to move on with his life! She may have to start all over again from the beginning to try to recapture what the two of them had!