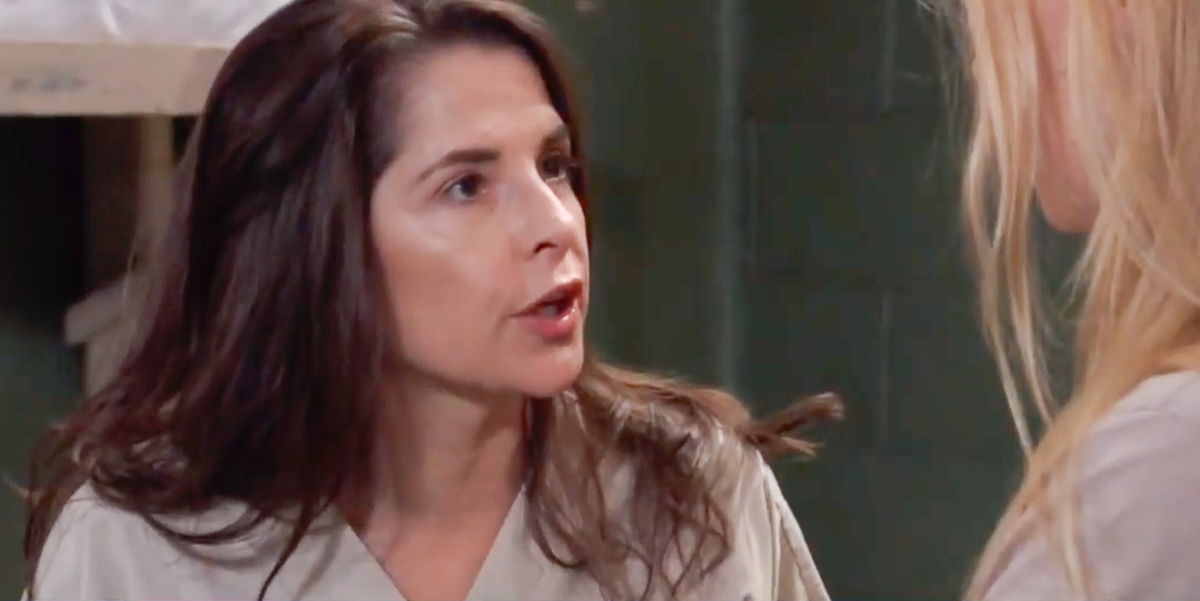 General Hospital (GH) spoilers for Friday, December 27, tease that Trina Robinson (Sydney Mikayla) will surprise Josslyn Jacks (Eden McCoy). She’ll ask if Josslyn is going to make Dev Cerci’s (Ashton Arbab) Christmas wish come true, which will leave Joss looking flustered. There’s no word on what Dev’s hoping for on this holiday, but Josslyn will battle confusion as she sorts through all this.

GH fans can tell that Joss and Dev are growing closer, so they could be on the verge of more than friendship. For now, Dev will be glad to have all his pals around him – including Cameron Webber (William Lipton). It looks like Cam will wonder if Dev’s missing home, but Dev will insist he’s got everything he needs right there in Port Charles.

Speaking of home, Tracy Quartermaine just arrived back at the Quartermaine mansion and expressed her horror over the redecorating. Monica Quartermaine (Leslie Charleson) is sure to get an earful about that. As for Ned Quartermaine (Wally Kurth), he’ll be stunned when he joins the Christmas festivities with Olivia Quartemaine (Lisa LoCicero). It’ll be quite a surprise once Tracy’s standing before them!

Tracy will greet Ned and offer an explanation for her visit. She’ll suggest she wanted to come spend the holidays with her family, but Ned will remain suspicious. There’s indeed more to the story when it comes to Tracy’s return, but they should all focus on catching up for now.

Other General Hospital spoilers say Jason Morgan (Steve Burton) will talk to Alexis Davis (Nancy Lee Grahn). They’ll both have Sam McCall (Kelly Monaco) on their minds, but Jason will stay strong for the kids. He’ll assure Alexis that everything he’s doing it for them.

Danny Morgan (Porter Fasullo) and Scout Cain (Ella Ramacieri) certainly miss having their mom around, but at least Jason’s been there to step up. He’ll continue to do so for as long as it takes. On Friday, General Hospital spoilers say Danny will visit Santa and make a special request. He’ll undoubtedly hope Santa can bring Sam back to her family, so let’s hope it won’t take much longer.

At Pentonville, Nelle will return to her cell and immediately get on Sam’s last nerve again. General Hospital spoilers say Sam will finally decide she’s had enough! She’ll slam a chair down and push Nelle to shut her mouth before she shuts it for her.

At Turning Woods, Carly Corinthos (Laura Wright) will wonder what Gladys Corbin (Bonnie Burroughs) is doing there. She’ll be taken aback when Gladys explains that Sonny Corinthos (Maurice Benard) invited her to join their Christmas celebration. Carly will naturally be wary, but Sonny may admit that Mike Corbin (Max Gail) didn’t want Gladys to be lonely. The holidays can sometimes come with hostility – especially in the soap world – but Carly will hopefully relent and make this a peaceful gathering.