General Hospital Spoilers: Ned Struggles To Be A Good Dad, Can He Help Brook Lynn? 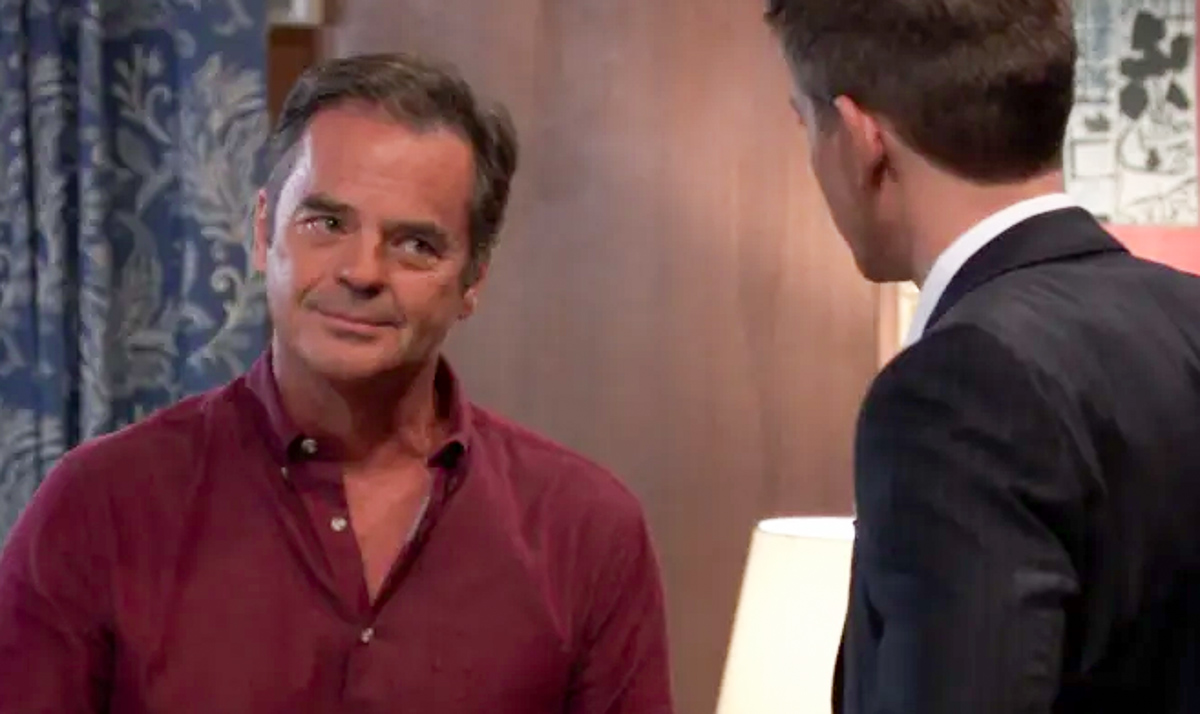 General Hospital spoilers tease that Ned Quartermaine (Wally Kurth) will continue to struggle to be a good dad to his grown daughter, Brook Lynn Ashton (Amanda Setton) in an upcoming episode of General Hospital!

General Hospital Spoilers – Brook Lynn Ashton Has Come Home On The Run From – What, Or Who?

General Hospital viewers will recall that Brook Lynn came to Port Charles on the run from someone who she has told on the phone to stop harassing her. Ned came up behind her and heard part of it in a recent episode, but she wouldn’t be forthcoming with him about what the call was about. She did, however, want him to assist her in getting out of a management contract with a man that she hadn’t even read first, after not letting her mother, Lois Cerullo (Rena Sofer) manage her anymore. She thought that the new guy could get her on the road to stardom but obviously that has not happened, and she has likely been ripped off! Ned couldn’t believe she would sign a contract without reading it first!

GH Spoilers – The Music Business Is Rife With Ripoff Artists

Unfortunately, the music business is rife with ripoff artists who will get the performer bookings, but not deliver on the money and the artist winds up spending any money they do make on their expenses, especially if they are touring on the road like Brook Lynn was. This doesn’t just include booking agents, it includes music publishers and recording label owners who split the performance royalties between themselves, and the songwriter is lucky if they ever make a dime off their songs.

Many music publishers buy the songs outright and control who gets money and when, and many times the songwriter gets the short end of the stick. The same kind of thing goes on in the acting business as well, with unscrupulous agents and managers keeping any residuals – similar to royalties – and the actor getting nothing for their work.

A royalty or a residual is a sum of money that the artist is supposed to get for every performance of their song if they are a songwriter or the showing of a movie or television show an actor has appeared in. Songwriters are supposed to get royalties for music written to be used in movies or television as well. Brook Lynn may be the victim of one of these shady music promoters who has possibly bled her dry financially, so it may be bill collectors on the phone that she is telling to stop harassing her!

However, there seems to be more to Brook Lynn’s problems than financial ones with bill collectors or managers who have ripped her off. If that was all there was to it, she could have returned to Bensonhurst and her mother’s home. Instead, she came to Port Charles and the safety of the Quartermaine mansion and her Quartermaine family – and Daddy! She could have either an abusive ex-boyfriend or possibly even a stalker who has found out her private phone number! Ned will likely continue to try and get the whole truth out of his daughter and when he does, he will take action, and go into protector mode as any good father should!