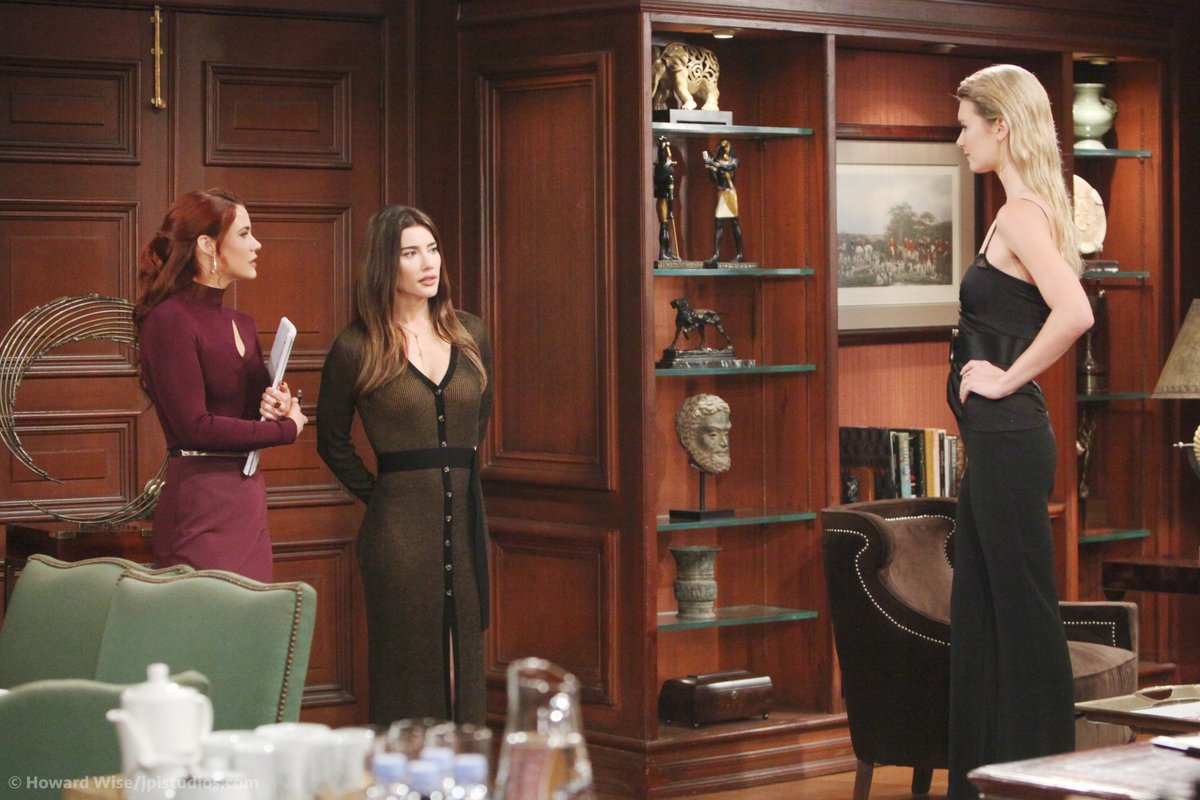 The Bold and the Beautiful spoilers for Friday, December 27, tease that Sally Spectra (Courtney Hope) will be looking forward to the fashion showdown. As B&B viewers know, she’s working as Steffy Forrester’s (Jacqueline MacInnes Wood) designer in the fashion showdown against Thomas Forrester (Matthew Atkinson) and Hope Logan (Annika Noelle), and she’ll be feeling extra competitive about the whole thing.

As B&B viewers know, Sally recently met with Steffy, during which Steffy wanted some changes to Sally’s designs. Steffy is highly motivated to win this competition against her brother, and it seems that Sally will soon be excited about the competition, too. Steffy and Sally know that Thomas is a brilliant designer who could easily win the fashion showdown if they don’t really ramp it up and get the buyers’ interest.

According to B&B spoilers, Sally will find herself totally up to the challenge. She’ll probably feel like she has something to prove since she’s competing against her ex in the competition. Since the outcome of the competition will determine which line ultimately gets funded, there’s a lot at stake here. And for Sally, there’s the matter of her pride – she won’t want to lose to Thomas of all people.

Meanwhile, on Friday’s new episode of B&B, Hope will be on the receiving end of a big request from Thomas, but it won’t be Hope’s time or affection that he’s after this time. Instead, he’ll want her help caring for Douglas Forrester (Henry Joseph Samiri), which is something that, as Douglas’ mother, Hope should be happy to do.

But it will be the reason for Thomas’ request that will be a bit unnerving for Hope. Thomas will want Hope to keep Douglas for the evening while he has a date with another woman – Zoe Buckingham (Kiara Barnes). As B&B viewers know, Thomas is highly motivated to prove to Hope that he has moved forward with Zoe.

So Thomas will let it be known to Hope that he’s got a date with Zoe for the evening and that the date might end up going on for a while, so he’d like her to take Douglas for the evening. Of course, Hope may wonder whether the situation is just a ploy on Thomas’ part, since she’s still leery of Thomas’ motives.

The Bold and the Beautiful Spoilers: Is Zoe Falling For Thomas Or Does She Have A New Plan In Motion? https://t.co/HuTAN6HRH3 pic.twitter.com/r1yEqoC6Q8

But it seems that Thomas will intend to follow through with the date, which will be very much for real. B&B spoilers indicate that Thomas and Zoe will go on their date, and that things will end up getting pretty passionate between them. The two will end up making love, so it looks like they’ll spend the evening together – something that should end up being apparent to Hope.

One wonders how all of this will make Hope feel. Will there be a part of her that is jealous of Thomas’ interest in Zoe? Or perhaps she’ll feel relieved about Thomas’ interests being elsewhere and will feel more comfortable about working with Thomas on her line going forward. If so, then Thomas’ plan will have worked just as he desired.