The Young and the Restless Spoilers: Nikki Finds An Abandoned Baby On Ranch – Could The Infant Be Adam’s Daughter? 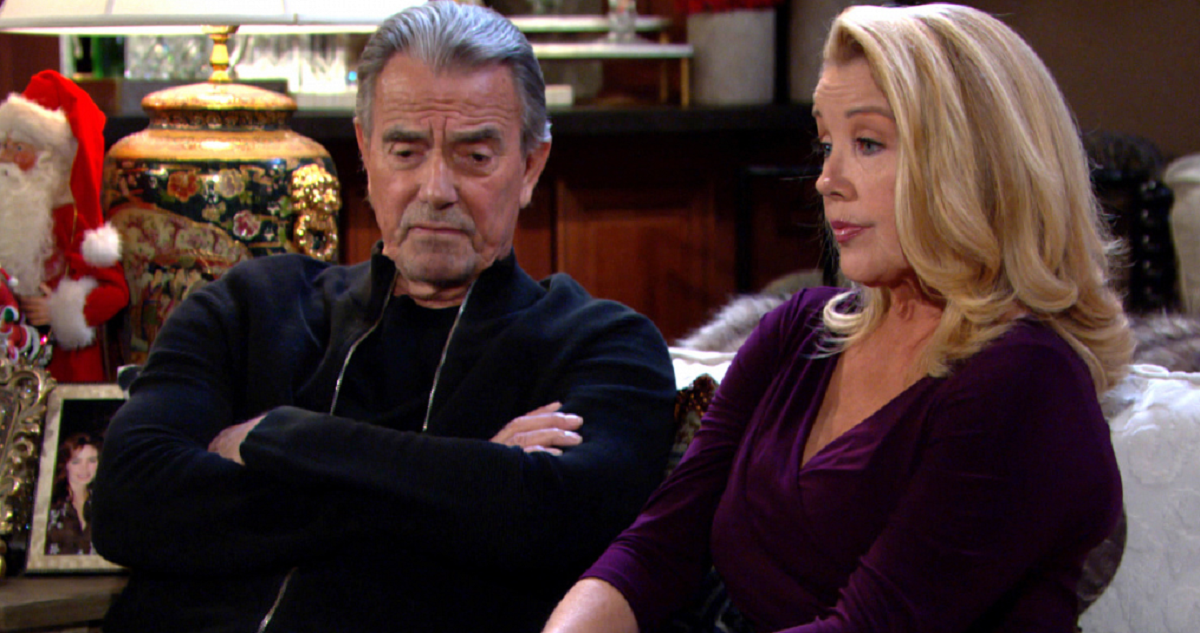 The Young and The Restless (Y&R)  spoilers tease that Adam Newman (Mark Grossman) has been making payments to a woman in Las Vegas, and Nikki Newman (Melody Thomas Scott) finds an abandoned baby girl at the Newman ranch; could the two be connected?

The Young and The Restless viewers will recall that Adam made a phone call to someone in Las Vegas to make sure that “she” was still getting the payments – and that silence is expensive but essential. Of course, this could just be over gambling debts, but referring to the person as a “she” could be a significant clue.

Then, the weekly promo video shows that Nikki comes in from riding her horse still wearing her riding habit and carrying a basket containing precious cargo; she brings it over to Victor Newman (Eric Braeden) who is sitting in the living room on the couch, and cries as she tells him how awful it is that someone abandoned this precious baby girl on Christmas! Did Adam knock some poor woman up in Las Vegas and paid her hospital bills and now has had the baby brought to Genoa City and abandoned to his parents?

Perhaps Adam’s one-night stand (presumably) was going to abort the baby or cannot care for her for some other reason, and Adam went to Vegas after he found out he was going to be a father again – and had arranged to raise the baby himself. But then when his son Connor Newman (Judah Mackey) started having major problems and Nick Newman (Joshua Morrow) went and brought him back from Vegas, raising his new baby himself was going to present another major problem!

Right now, Connor would not be in good emotional shape to accept a baby brother or sister. He might even hurt the baby, he hit a younger child at school, and locked Christian Newman (Alex Wilson) in a dark garage at night! But the mother for whatever reason doesn’t want or can’t take care of the baby but he wants the baby near him – but wants to keep the baby a secret!

The Young and the Restless Weekly Spoilers December 23 to December 27: Genoa City Celebrates Christmas, Nikki and Victor Receive A Surprise, and Adam Confesses His Love To Chelsea https://t.co/wXPZRobfKo #yr #YoungandRestless

Young & Restless Spoilers– Who Is The Baby’s Mama?

Perhaps the mother is underage and he didn’t know it at the time! Maybe this ties into his and Chance Chancellor’s (Donny Boaz) Vegas secret. However the baby was conceived, for right now it’s better for Adam to keep its paternity a secret – what better way than to drop her off at Grandpa and Grandma’s house! It may not be the ideal way to go about it, but Adam figures that Nikki will fall in love with the baby and want to keep her, and that way Adam can see her whenever he brings Connor over and he’ll know that she is loved and cared for!

Stay tuned to Y&R and keep checking The Young and The Restless spoilers frequently for all the latest news, updates and developments!