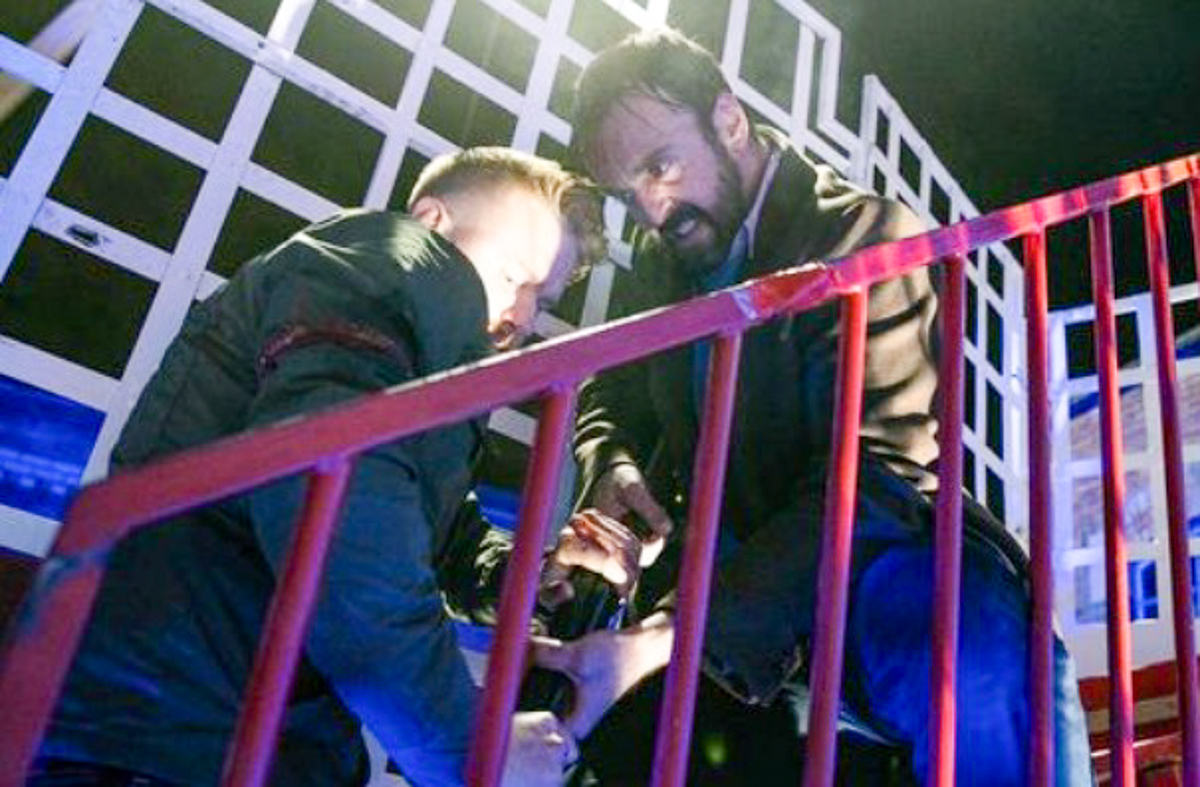 Coronation Street spoilers reveal there is some additional information on the Christmas shootout, which takes place on Wednesday. What exactly triggers Derek Milligan (Craige Els)? Why does he go so far and will he feel bad about it afterward? Keep reading to find out what the actor had to say and more details about the armed siege.

Corrie spoilers indicate that there will be a shootout and it happens of all days on Christmas. It is confirmed that one person will be left in a coma. Plus, there is at least one death, but we have no idea who will end up losing their life yet. We do know that it isn’t Gary Windass (Mikey North), though.

After being forced to admit that he owns the factory, Gary ends up holding Derek hostage. He ties him up and does the worst thing imaginable to the father — makes him miss the flight to Florida with his children. This is simply unforgivable to the young man and Gary doesn’t know it yet, but Derek plans on paying him back for what he’s done to his family.

Coronation Street spoilers indicate that Derek is a fragile and broken man. He is also desperate. Els spoke to Digital Spy about the Christmas Day shooting and reveals that Derek is simply pushed over the edge. And what triggered it? Gary forcing him to miss his flight with his family. Derek is a desperate man who ends up committing a desperate and horrible act.

“He is a broken man, he is fragile, he is always on the edge and Gary does that thing where he pushes all the wrong buttons. In the lead-up to Christmas Day, Gary is very cruel and because of the booze and his problems, it pushes Derek to breaking point.”

In the interview, Els said that after the shootout, Derek has deep regret for his actions. However, a simple apology isn’t going to cut it. One person is left dead and another lands in a coma due to his desperate deed.

The armed siege will leave families lives shattered and it will be a Christmas horror that the residents will never forget. To find out how they move forward after this terrifying crime, keep watching the British soap opera to see what happens next.