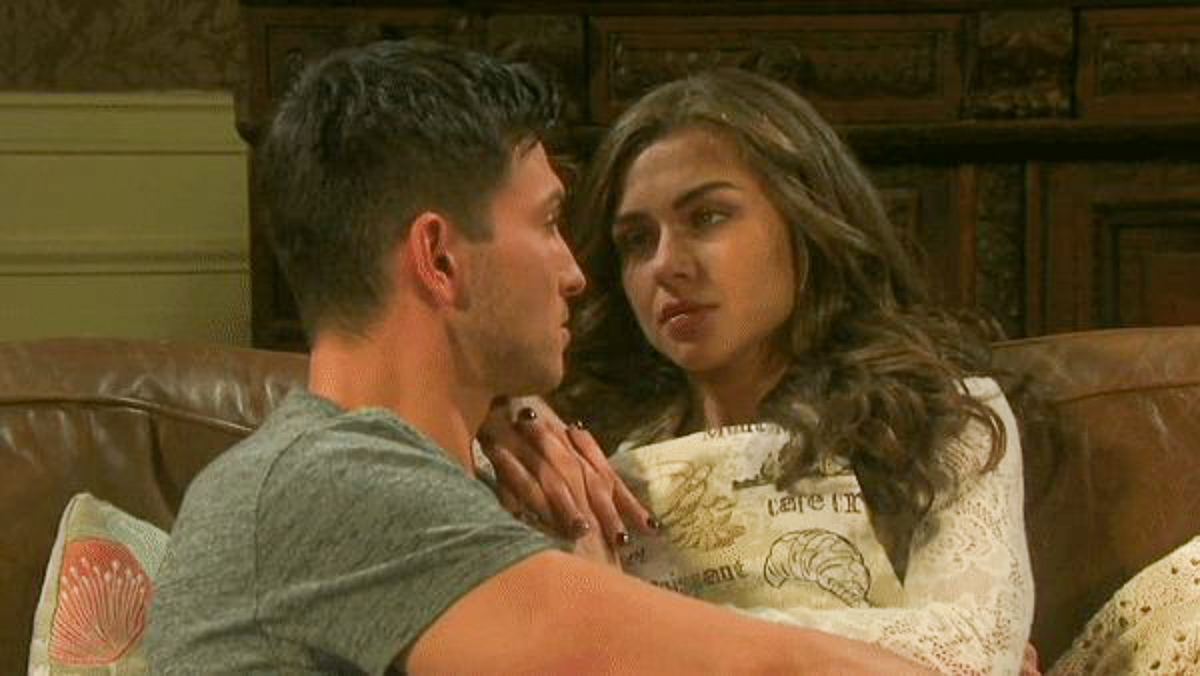 Days of Our Lives spoilers reveal Ciara Brady (Victoria Konefal) will risk everything to save Ben Weston (Robert Scott Wilson). Right now, it appears that Victor Kiriakis (John Aniston) has the upper hand. However, that will soon change and Ciara will be holding the power. Will she tap into her Kiriakis bloodline by showing her enemy no mercy? The young executive might force him to free the innocent inmate.

DOOL spoilers indicate that Ciara is doing everything in her power to clear Ben’s name and get him freed from prison. He’s on death row and is also dealing with Clyde Weston’s (James Read) wrath. He already got injured after trying to protect Will Horton (Chandler Massey) from Clyde’s attack. However, Ciara doesn’t know about it, at least not yet.

Days of Our Lives Weekly Spoilers December 23 to December 27: JJ Comes Clean While Eve And Hattie Both Receive An Early Christmas Gift

As seen on Thursday’s episode, Victor is beginning to get suspicious. He knows Ciara has been going to the prison. However, she covered by claiming to visit Will. He seemed to accept her explanation, but Xander Cook (Paul Telfer) is another story.

Days of Our Lives spoilers reveal Ciara will get some help from her fellow Salemites. Justin Kiriakis (Wally Kurth) has already agreed to represent Ben in his appeal. Soon, Dr. Marlena Evans (Deidre Hall) will cover for Ciara so she can visit Ben in prison. Over the next few weeks, other loved ones will do their part to help Ciara.

It is teased that new evidence will be uncovered that clears Ben and proves what really happened. This will give her the upper hand. Armed with this new information, she can begin calling the shots. Could she make a deal with the devil in order to get Ben out of prison?

It is likely that Xander will take the fall for the murder he committed. However, Victor was the mastermind, but probably won’t spend a day in jail. It is possible that Victor will manage to avoid consequences, just like he always does. However, the relationship between Victor and his granddaughter will be changed forever.

Be sure to tune in to catch up on everything happening with DOOL right now. Come back here often for Days of Our Lives spoilers, news, update and rumors!