Days of Our Lives Spoilers: Marlena Confronts Hope About Her Feelings For John – Will She Confess The Truth? 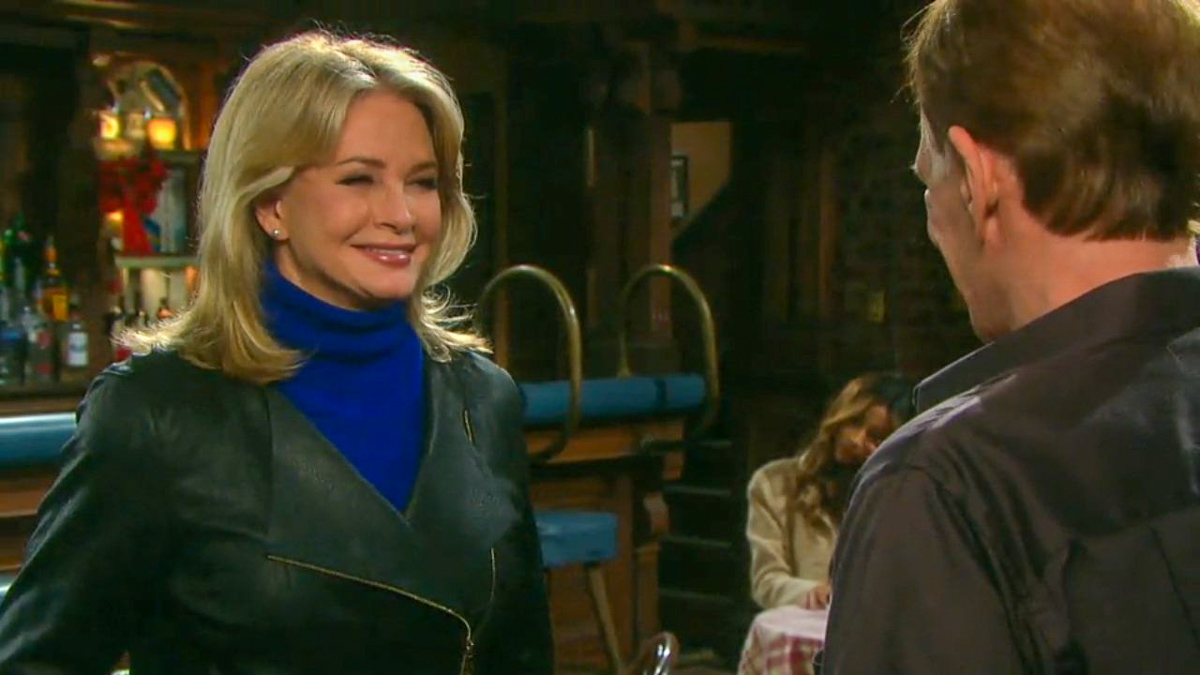 Days of Our Lives spoilers tease that Dr. Marlena Evans (Deidre Hall) will confront “Hope Brady” (Kristian Alfonso) about her feelings for John Black (Drake Hogestyn) in an upcoming episode of Days of Our Lives!

Days of Our Lives viewers will recall that John rejected Hope, who has been brainwashed and turned into Princess Gina Von Amberg over a year ago now and told her to move out of his and Marlena’s penthouse. She had moved in when Marlena was involved in a training seminar abroad, which was for a period of several months, and then returned recently when she found that she could complete her courses at home. Marlena could tell that “Hope” had feelings for John although she denied them and John wasn’t picking up on them, just being a good friend to her. John was so unusually dense regarding Hope falling for him that Marlena actually had to point it out to him! Then he understood and told Hope he only loved Marlena and she had to move out of their penthouse!

Marlena can tell that there’s something off with Hope – and so can many other people! Marlena also knows that no matter what kind of stress or pain Hope was in, she normally wouldn’t pursue someone else’s husband, and especially not the husband of a good friend. Sometimes people do get attached when they don’t intend to, and become too close, but Hope would have made plans to distance herself from John, not encourage connections to happen if she was herself – it’s just not like Hope! Marlena will confront Hope about the feelings she has developed for John and try to get to the bottom of it.

Days of Our Lives Spoilers – Hope Brady Is Not Acting Like Herself Because She Literally Is Not Herself!

Days of Our Lives viewers will recall the episode when Dr. Wilhelm Rolf, (William Utay) shortly after having been evicted from Salem University Hospital when Dr. Kayla Brady (Mary Beth Evans) took away his lab, grabbed Hope and anesthetized her, and implanted a device in her neck which probably is an upgrade to the years old control chip in her brain by which Stefano DiMera (then played by Joseph Mascolo) controlled her via satellite. The programming then gradually took over, turning her fully into Princess Gina.

People around Salem who knew Hope noticed right away she was not acting like herself, everything from not responding to situations around her like she normally would, to picking up bad habits that Hope normally would have eschewed, cigarette smoking for instance. She didn’t even respond normally when her sister, Julie Williams (Susan Seaforth Hayes) had nearly died from two heart attacks and would have died if Stefan DiMera’s (Brandon Barash) heart wouldn’t have come available and Gabi Hernandez DiMera (Camila Banus) hadn’t have donated it at the last minute! Marlena may note her bizarre behavior and confront her about it as well!