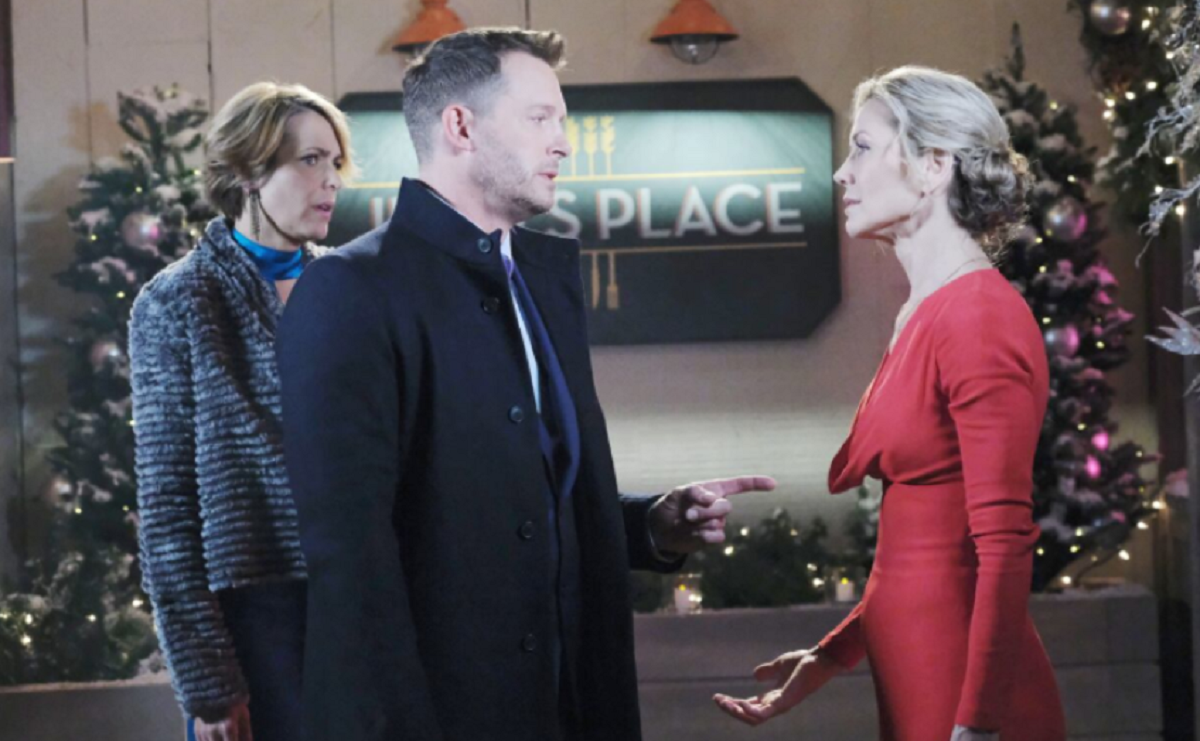 Days of Our Lives (DOOL) spoilers for Monday, December 30, tease that Kristen DiMera (Stacy Haiduk) will fume over the kiss she just saw between Nicole Walker (Arianne Zucker) and Brady Black (Eric Martsolf). Of course, that lip-lock wasn’t quite what it seemed to be. Tipsy Nicole threw herself at Brady, who did his best to shut things down.

Even so, Kristen will assume Nicole has or is at least trying to snatch Brady up for herself. She’ll eventually meet back up with Lani Price (Sal Stowers) and rage over the competition, but Lani won’t want Kristen to lose focus. They have to keep their eye on the prize and not let unexpected obstacles deter them.

However, Lani clearly has some anger issues as well. She picked up a holiday poinsettia urn and used it to smash out the window of Gabi Chic! Days of Our Lives spoilers say Gabi Hernandez (Camila Banus) will find this belated Christmas “present” on Monday. She’ll be taken aback by the shattered glass and wonder about the source of this sudden attack.

It looks like Gabi will suspect Chad DiMera (Billy Flynn) and Abigail DiMera (Kate Mansi) were to blame, but Eli Grant (Lamon Archey) should think there’s more to the story. DOOL fans can expect Eli to do some digging and find out the true culprit soon enough. He’ll confront Lani about her vandalism decision next week, so stay tuned for some heated conflict.

In the meantime, it’s “Hope Brady” aka Princess Gina Von Amberg (Kristian Alfonso) who’ll be confronted. Days of Our Lives spoilers say Marlena Evans (Deidre Hall) will approach “Hope” and expect some answers. She’ll bring up “Hope’s” feelings for John Black (Drake Hogestyn), which John told Marlena that “Hope” admitted to. “Hope” probably won’t bother denying it, so Marlena will want to get a few things straight. John is Marlena’s forever love, so she’ll need “Hope” to accept that and let this go.

Kate may seriously consider it, but Stefano will force her to back down. He’ll either threaten Kate in return or find some other way to keep her mouth shut. It sounds like another exciting episode’s coming up. We’ll give you updates as other Days news and rumors emerge. Stick with DOOL and don’t forget to check back often for the latest Days of Our Lives spoilers, rumors, updates and news.