‘The Bold and the Beautiful’ Spoilers: Is Thomas Still Targeting Hope? Romance With Zoe Just A Distraction 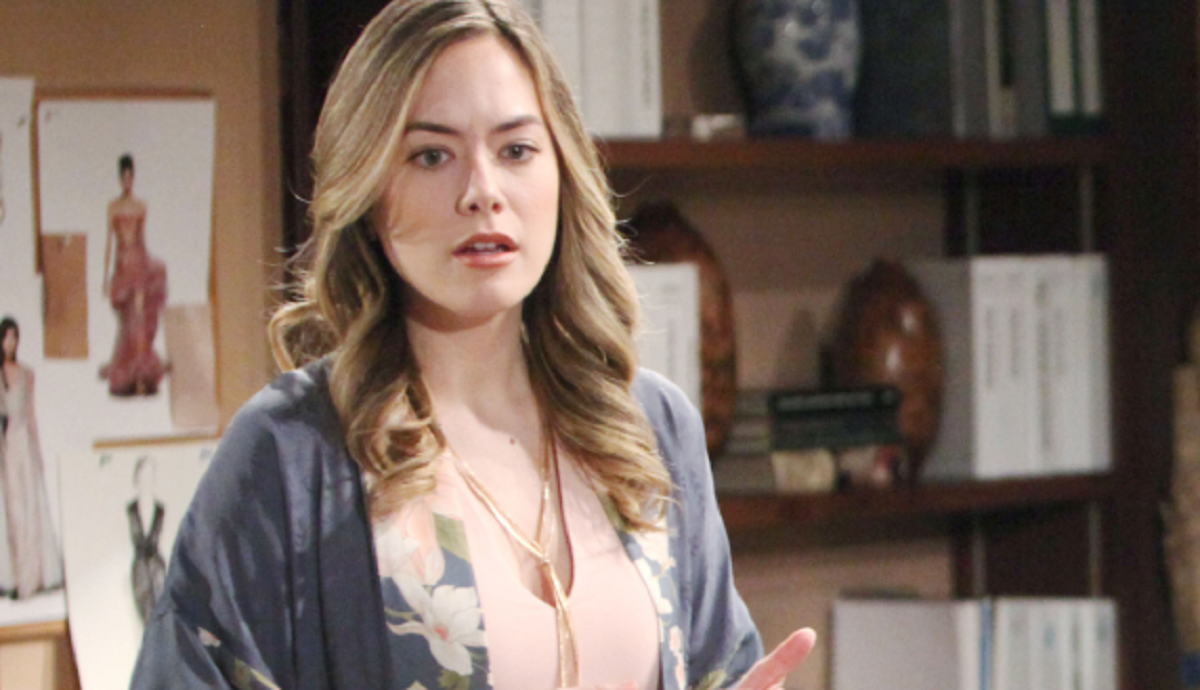 Brooke Logan (Katherine Kelly Lang) is concerned about her daughter on ‘The Bold and the Beautiful’. She should be, as Thomas Forrester (Matthew Atkinson) is still obsessed with Hope Logan (Annika Noelle) and hasn’t broken from the past as he falsely claims.

Ridge Forrester’s (Thorsten Kaye) refusal to make Thomas own up to all that he’s done furthers his son’s sense of entitlement and feelings of invincibility. Hope is unquestionably Thomas’ target, which Zoe Buckingham (Kiara Barnes) senses.

While Zoe’s role in Liam Spencer’s (Scott Clifton) plan to reveal Thomas’ true self, or less likely, to confirm that he’s on a path to reform, may actually prove to be Brooke’s best hope to save her daughter. Zoe is a fierce fighter, who’s mental dexterity and resilience will prove to be a match for Thomas’ internal prowess.

Bold And The Beautiful Spoilers – Unable To Rely On Husband

Brooke should be able to depend on Ridge. They’ve been married off and on for years because of one factor, their love has triumphed over all adversity.

However, Thomas has long represented Ridge’s arguably largest blind spot. He knows Atkinson’s character has a fragile psyche and believes the best way to help him is through overprotection.

Enabling has only led to a pattern of violent outbursts and cruel manipulations, with resulting misery for those within Thomas’ proximity. Such has been the case since B&B wrote this recast character and his recast son, Douglas Forrester (Henry Joseph Samiri), back to Los Angeles, California, earlier this year.

Liam can’t believe that the woman he loves has allowed herself to become connected to Thomas, so soon after the Beth Spencer (Madeline Valdez and River Davidson) arc played out. To think that she’s voluntarily entered a legal agreement, whereby she and Thomas share custody of Douglas, is rather incredible.

Viewers know that Hope’s concern for Douglas’ welfare overrides her uncertainties about Thomas. Her recent awareness of ‘Thoe’ comes with a healthy skepticism of underlying motives.

But allowing any contact, even with the safeguards she feels are in place, is risky. Meanwhile, Liam realizes that Hope is stubborn. She thinks she can manage Thomas, keeping him at bay indefinitely.

Thomas understands that he created the dynamic where most other people choose to be cautious around him, or even fully opposed to whatever he does. He’s pressing on, shifting into his new longterm plan to win Hope back by playing hard to get.

Business circumstances also forced Hope’s hand, with Thomas becoming the designer of her revived line. Hope For The Future now serves as ground zero for B&B’s next chapter within this far-reaching storyline that has and will continue to provide viewers with much to see.