Days of Our Lives Spoilers: Kayla Drawn Back to Steve, But Stefano Only Has Eyes for Marlena 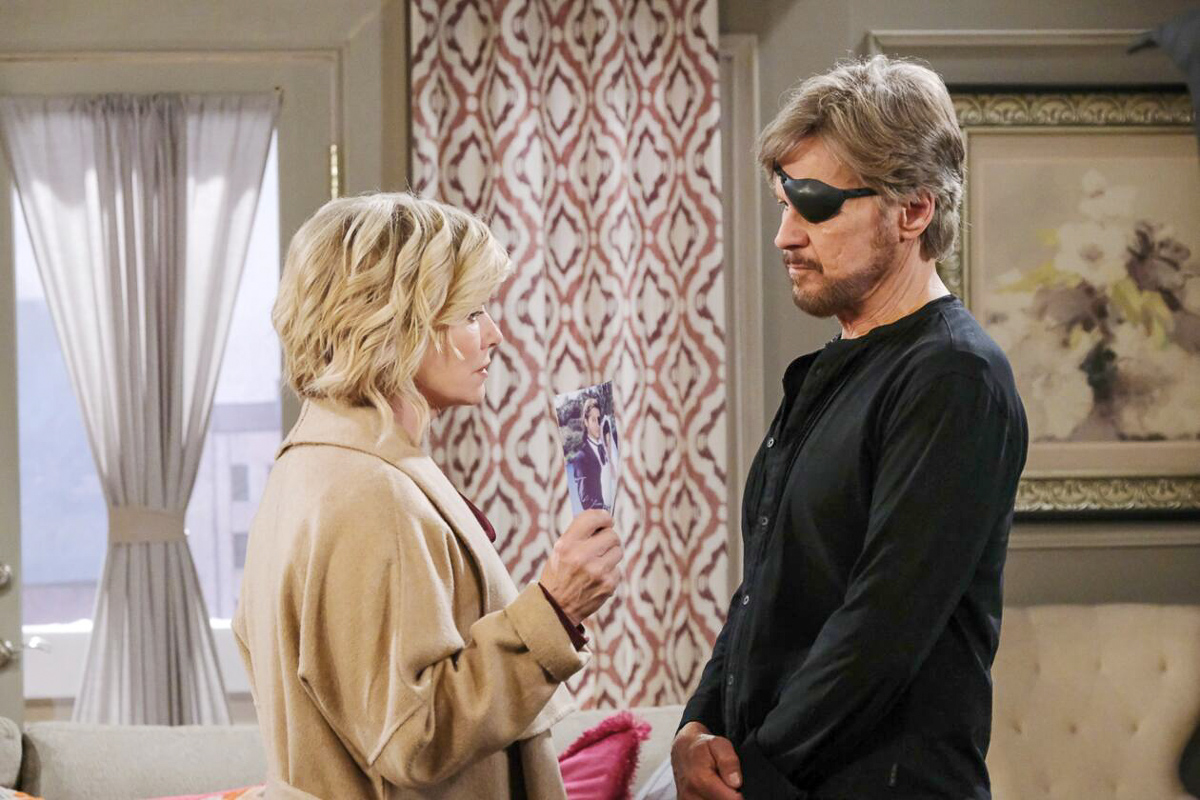 Days of Our Lives spoilers reveal Dr. Kayla Brady (Mary Beth Evans) will find herself drawn back to Steve “Patch” Johnson (Stephen Nichols). However, the man believes he is really Stefano DiMera. As a result, he only has eyes for one woman and that is Dr. Marlena Evans (Deidre Hall). How will this all work out in the end?

DOOL spoilers confirm that Kayla is having a hard time truly moving on from the love of her life. Despite Steve signing the divorce papers without a word, Kayla can’t help what her heart feels. This will come into play soon enough when “Stefano” ends up making his big reveal. How will she handle seeing Steve again, especially after moving on with Justin Kiriakis (Wally Kurth)? Is their new romance in danger due to a familiar face from the past?

Ever since “Stefano” has returned, he has made one of his missions clear. He wants to get back his Queen of the Night. As longtime fans may remember from years ago, that is none other than Dr. Marlena Evans.

He seems to be getting quite obsessive about it too. After all, with each near-sighting, he can’t take his eyes off of Marlena. He’s even risking exposure by making a few bold moves. It’s likely he won’t stop until he makes her his own.

Days of Our Lives spoilers suggest that Stefano isn’t the only one with an obsessive heart. Hope Brady (Kristian Alfonso) was transformed into Princess Gina, who wants back her old flame, John Black (Drake Hogestyn). Her efforts so far have failed, which will lead to Stefano and Princess Gina to come up with a plan together in order to break up “Jarlena.”

DOOL Spoilers – Getting Back Steve Johnson

It seems that the key to resolving all of these issues lies with one person. That is bringing back the real Steve Johnson. But how can that be done? It appears that somehow, his “sweetness” will be the answer. But can Kayla end up saving Steve and everyone else too?