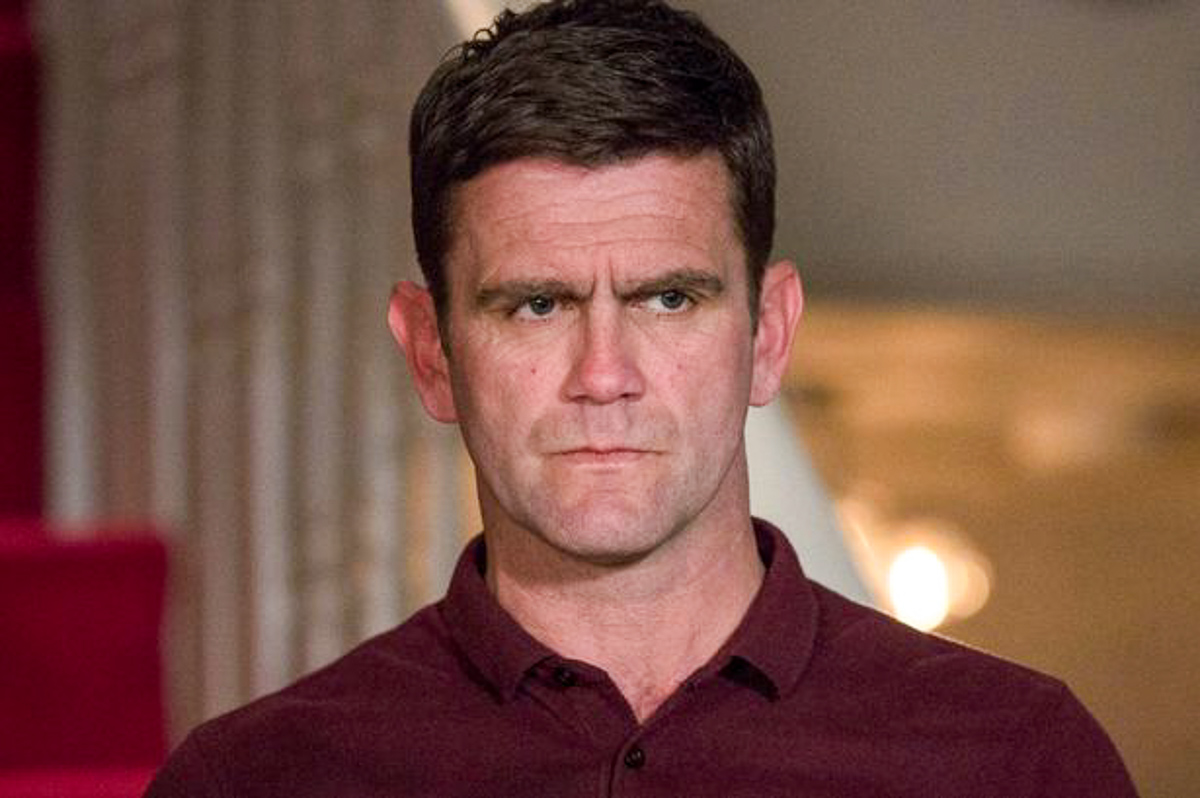 Eastenders spoilers reveal Jack Branning (Scott Maslen) is in deep trouble. Accused of sleeping with Sharon Mitchell (Letitia Dean), Phil Mitchell (Steve McFadden) is torturing the man. Ben Mitchell (Max Bowden) and Keanu Taylor (Danny Walters) will try to save Jack, but how without exposing Keanu as the father of Sharon’s baby?

There is a theory that Keanu will admit to fathering Sharon’s baby in order to save Jack’s life. However, there is only one problem with this speculation. The Christmas trailer reveals that Phil finds out the truth closer to the holiday episode and goes into a rage. We assume that Jack will be freed or killed before that time comes.

Eastenders spoilers indicate that Phil wants to kill the man who had an affair with Sharon and created a baby. Walters recently teased that how Phil finds out is very subtle and fans will have to pay close attention to notice it. When Phil does realize the shocking truth, he will probably want to kill both Keanu and Sharon.

It is teased that Keanu does not end up dying. It has been reported that a photo shows Keanu running towards a plane. It is indicated that he ends up getting away from raging Phil and may go to another country.

As for Ben, he has been trying to calm down Phil. He tried to convince him not to attack Jack, but Phil did it anyway. Ben might realize that there is no way to reason with the furious man, which means he might have to come up with a clever scheme to save lives.

With that being said, something has to stop Phil from killing an innocent man.

What are the chances that Phil only thinks he gets his revenge? Perhaps Ben convinces Phil to let him handle the messy business of killing Keanu. Perhaps he fakes the young man’s death and allows him to get away? Anything is possible, but there is another problem that will haunt the Mitchell household.

Phil also wants to make Sharon pay for her betrayal. He has said he will kill both Sharon and her lover. In the Christmas trailer, he turns to the bottle, which unleashes a violent villain. He begins hurling furniture in Sharon’s direction and she is left standing there, completely frozen with fear. The only movement is her trembling, wondering how to save herself and her unborn baby.
The actress did recently say that Sharon goes into fighter mode. However, who will win the battle and will there be unforeseen consequences?