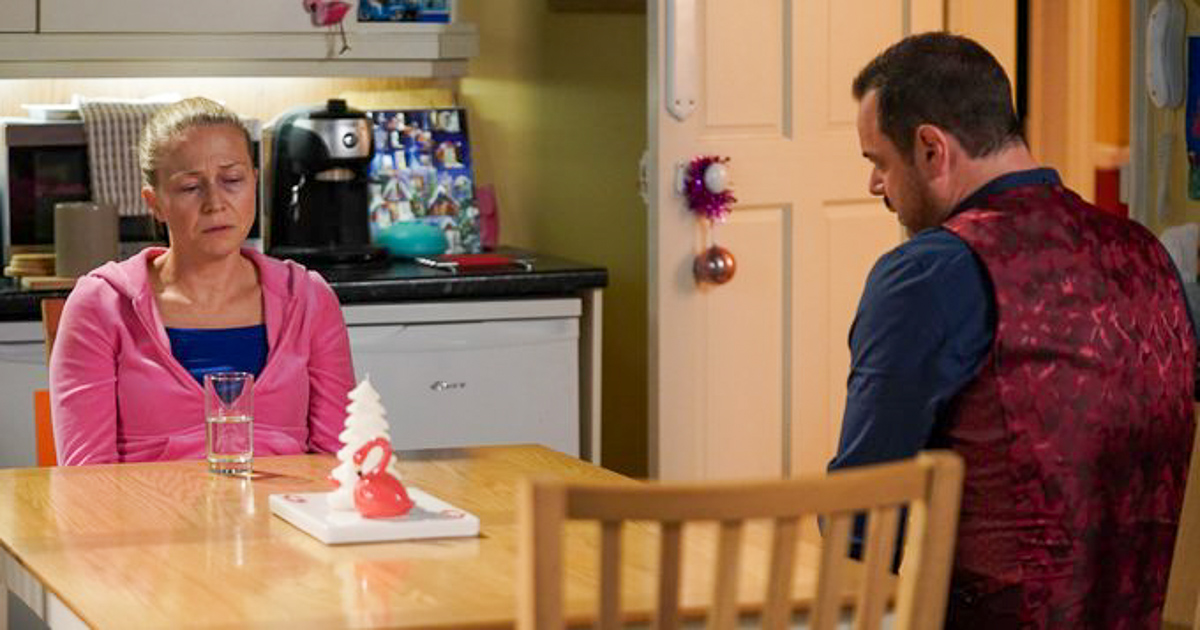 Eastenders spoilers reveal Linda Carter (Kellie Bright) is going to continue her downward spiral. After her drinking gets even further out of control, she will land herself in the hospital. Sneak peek photos show an emotional woman who is really struggling with her alcohol addiction. But will it be enough to save her family and her life? Keep reading to get all the details on the upcoming storyline.

For a while now, Linda has been struggling with an addiction to alcohol. Despite facing legal consequences, she continues to hit the bottle of booze every chance she gets. Fans wonder just how far she will go. After all, nothing has curbed her urge to drink yet. Every time we think she’s hit rock bottom, it turns out that she goes even further.

EastEnders Spoilers – Promises Made But Not Kept

Eastenders spoilers tease that Linda keeps making promises but she hasn’t been able to keep any of them. She even showed up to a teacher’s meeting after having some drinks. Her husband, Michael “Mick” Carter (Danny Dyer) could smell the booze on her breath. However, she claimed to just have a sample at the shopping center. Then she would shrug her shoulders and once again promise to do better.

Sneak peek photos reveal that things are going to continue getting worse for the character. Her drinking will eventually land her in the hospital. In a bed and dressed in a hospital gown, she is emotional and surrounded by loved ones. But is this enough to teach her that enough is enough? Will she finally get rid of her dependency on alcohol?

It is suggested that Linda might have a difficult choice to make. Even though it seems that she might eventually lose her family, could she finally wake up and smell the coffee? Will she finally realize what she is risking and save her family before it’s too late? Fans will have to keep watching the British soap opera to find out what Linda does next and if she can save her family — as well as herself.