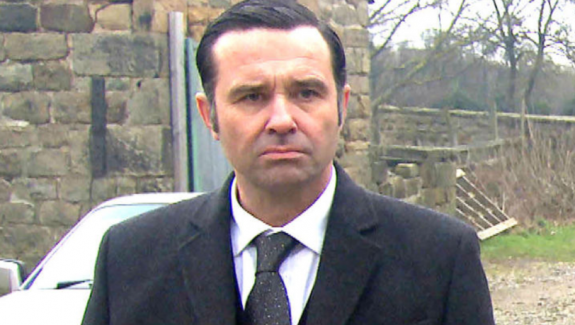 Emmerdale spoilers reveal Graham Foster (Andrew Scarborough) is determined to find out the truth about Millie Tate’s (Willow Bell) real father. He is convinced that his one-night stand with Andrea Tate (Anna Nightingale) years ago resulted in the conception of a child. He finally gets the paternity results but will they lead to his fatal fate? Keep reading to find out all the details on this storyline.

It is teased that Graham just can’t let things go. This is especially true when it comes to figuring out if he is the biological father of Millie. Andrea has urged him to just let things be due to her having a family. But he can’t leave town without knowing if he is the father of Andrea’s little girl. This leads him to get a DNA test done and he finally gets the results.

It is suggested that Graham will interrupt the Tate holiday dinner in order to drop a truth bomb. It is indicated that he might deliver the truth about Millie’s paternity. He wouldn’t go to so much trouble if he wasn’t the father. So, the test results must show that he did indeed conceive a child with Andrea.

Emmerdale spoilers state that Andrea will be utterly devastated by Graham’s actions. A Christmas trailer shows that she is tearful and full of emotion. She can’t believe what Graham has done to her family. Will it end up having even more dire consequences, though? That is what some fans are predicting.

It is revealed that Graham will die after the New Year. However, who ends up killing him? It is because of him pushing for the paternity truth and destroying a family with the bombshell? Or will his death be the result of something else? Fans will have to keep watching the British soap opera to see what happens next.

What do you think is going to happen with Graham Foster, Andrea Tate and Millie Tate? Will him revealing the truth about the paternity secret lead to him experiencing a fatal fate?