General Hospital Spoilers: Michael And Sasha And Willow And Chase Feel The Fallout Of Nelle’s Plan 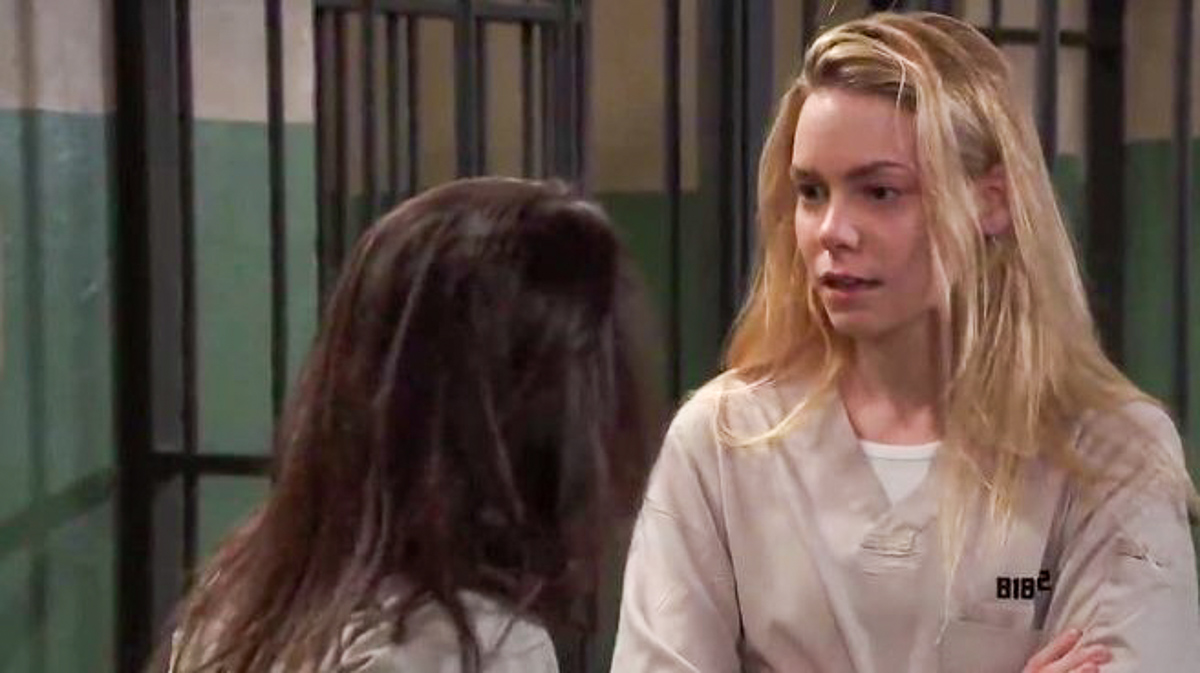 Once Nelle is released on early parole, she will go to great lengths to reclaim her son, who most of Port Charles knows as Wiley Cooper-Jones (Erik and Theodore Olson). General Hospital viewers will recall that Nelle decided that she wanted a relationship with her son as soon as she found out she might be up for parole in June, but then there was the Shiloh Archer (Coby Ryan McLaughlin) issue and there were a lot of medical records and paperwork changed on the original Wiley who died, to protect against Shiloh tracking down his son.

Julian Jerome (William DeVry) and Samantha McCall (Kelly Monaco) even went to the state capitol and changed his birth records, swapping what was in the file for a forgery all in the protection of the baby from Shiloh. Brad Cooper (Parry Shen) likely changed more medical records in the General Hospital system for that reason, but also to keep the secret safe that the real Wiley had died and that the baby he and Lucas Jones (Ryan Carnes) were raising was really Jonah Corinthos.

Michael, of course will be affected by the reveal; his DNA will, or should, be tested against “Wiley’s” as well to prove he’s Jonah. Sasha Gilmore (Sofia Mattsson) will be affected by what affects Michael, because she loves him but she will also be affected in a special way because of her experience pretending to be Nina Reeves’ (Cynthia Watros) daughter and knowing how devastated she was when she found out the truth!

Grieving a child who one thought was dead and then finding out he is alive is almost as bad as thinking one has a living child and then finds out she doesn’t! Michael will be doubly affected, since his adoptive uncle Lucas Jones (Ryan Carnes) who may or may not have recovered by the time this happens will be heartbroken and Michael could feel guilty trying to fight over Jonah with Nelle! He may feel guilt for not suspecting Nelle might pull something like this as well!

Detective Harrison Chase (Josh Swickard) will be doubly affected; he, like Michael may blame himself for not smelling a rat with the dead baby story, and he will likely have to do some investigation on the whole thing as well. He will have to deal with a girlfriend who is probably going to be beside herself finding out that the baby she is attached to so strongly isn’t even hers, although she will be glad for Michael.

She will want to know how he died, so hopefully Brad didn’t alter or destroy the coroner’s report. EVERYONE will be after Nelle and Brad to answer for the disgusting scam, and Chase will likely want to pursue fraud charges in the very least!