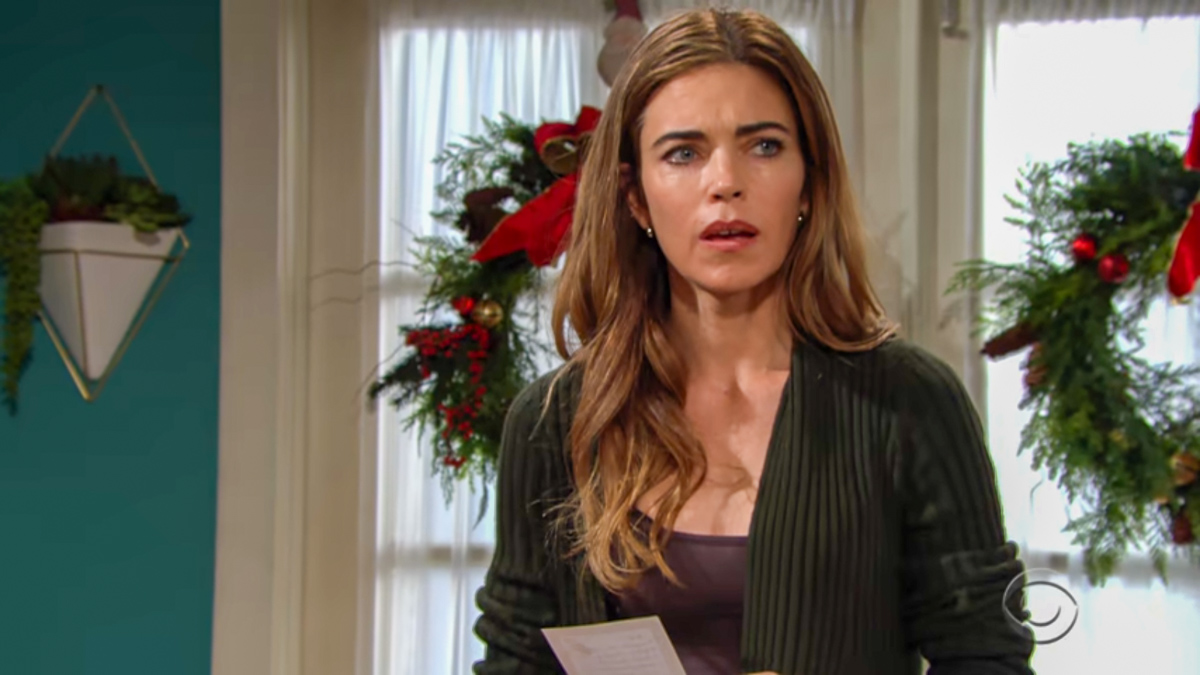 Young & The Restless Spoilers – New Year’s Eve Is Here, And The Residents Of Genoa City Are Celebrating!

As the new year rolls in, the crowd shouts “Three – two – one – Happy New Year! Jack follows it with “And many more!” However, it doesn’t look like at least two couples are going to have a very happy new year!

Later, Billy and Victoria sit down at a table and have a serious talk; Victoria asks Billy if she has something to tell her about gambling, and Billy tells her it’s bigger than that! Victoria is obviously worried that Billy is going back to his old addictions, gambling being one of them, as well as drinking and cheating with other women! She doesn’t come out and say it to anyone, but it is a good possibility that Victoria is worried that Billy’s dissociative identity disorder may be coming back as well, and with it, one or possibly more alternate personalities!

At the home of Nick Newman and Chelsea Lawson, Chelsea tries to convince Nick she misses him and wants him, but Nick doesn’t seem to be buying it. Back at Adam’s penthouse, Chelsea tells Adam to stop chasing the past – meaning their past together as a married couple with a child, telling him that’s never going to happen. Back at the party, Nick confides in Jack that he thinks he’s losing Chelsea, that the writing is on the wall but he just didn’t want to see it.

Chelsea and Adam leave the crowd at the party to look at the night sky from a balcony. Then, back at Adam’s penthouse again, Adam tells Chelsea that they’re not done, because she still loves him and then he pulls her into a kiss! This is what their son Connor Newman (Judah Mackey) has been wanting – for his mommy and daddy to reconcile so they can be a family together again, instead of Mommy with Uncle Nick and Daddy with Connor!