Days of Our Lives Spoilers: Is Chloe Returning In 2020? Beautiful Brunette’s Location Remains A Mystery 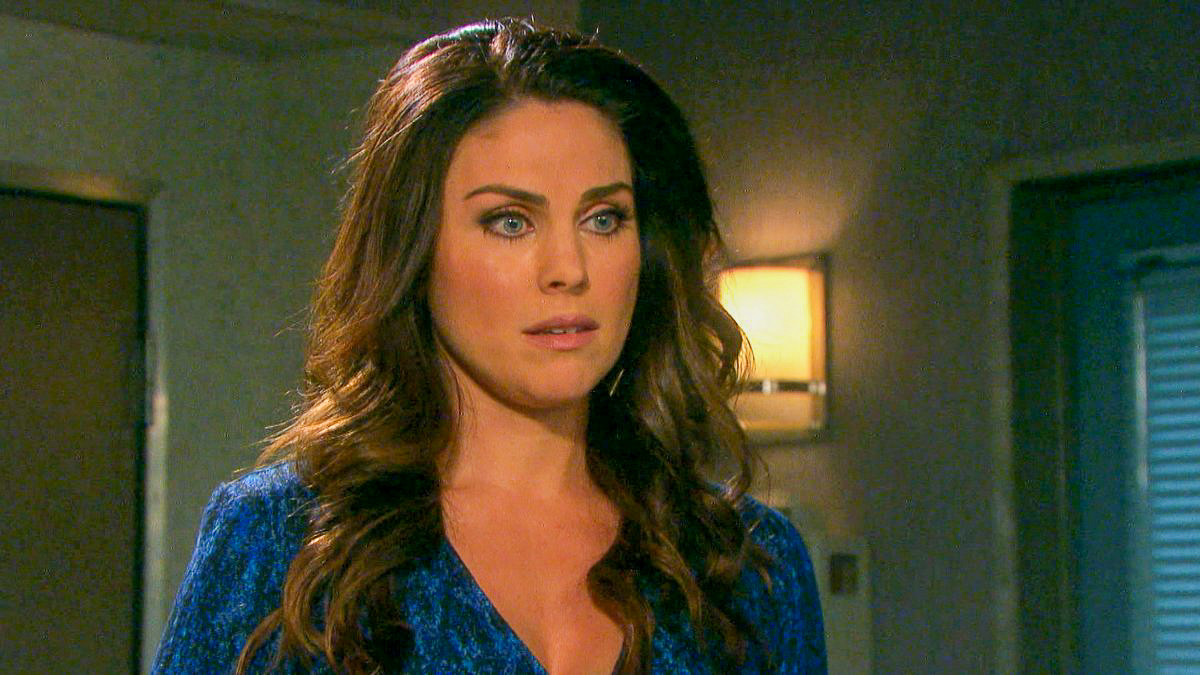 Days of Our Lives (DOOL) spoilers tease The Last Blast Reunion has suddenly turned deadly. After a fun night together partying and reminiscing, the friends went their separate ways. But almost as soon as the festivities ended, a killer started making their move. First, Kevin Lambert (Chadwick Hopson) was stabbed to death as he was cleaning up from the party by an unknown assailant. Kevin recognized whoever it was but the audience was left in the dark.

The next morning, Chloe Lane (Nadia Bjorlin) told her parents about going out for drink with Phillip Kiriakis (Jay Kenneth Johnson). She was annoyed that Mimi Lockhart (Teressa Liane) was throwing herself at Phillip. Nancy Wesley (Patrika Darbo) wondered if Chloe was annoyed because her feeling for Phillip had returned. Chloe insisted it wasn’t that. But soon it seems that Chloe had more pressing concerns.

Belle Black (Martha Madison) had just said goodbye to Shawn Brady (Brandon Beemer), who had to get back to Japan when she saw an article on her tablet about Kevin’s death. She called Chloe who had also just found out about it herself. Later, Phillip arrived at Chloe’s apartment to find her on the floor, apparently dead. Belle showed up right after Phillip. But is Chloe really dead?

Days of Our Lives Spoilers – Where are Nancy and Craig Wesley?

Since the last time we saw Chloe she was alive and well and chatting with her parents Nancy and Craig Wesley (Kevin Spirtas), where did they go? If Chloe told them about Kevin’s death, it seems odd that they would just leave her alone. Nancy and Craig have always had a flair for the dramatic so maybe they decided to keep Chloe safe, they needed to fake her death? But if Chloe is really is dead, then anyone could be next! Chloe has a major character on Days on and off for years, and killing her off on the web series shows that the powers that be aren’t shying away from big events on the web series.

DOOL Spoilers – If the killer is Jan Spears

If Jan Spears (Heather Lindell) is the killer, it’s likely she will target Mimi next. Jan has bad blood with most of the group, but her relationship with Mimi was definitely one of the most volatile. It seems that anyone could be the killer’s next victim!

Is Chloe really dead? Or is something else going on? Is Jan Spears really back and out for revenge? Will Mimi be next? There are only four more episodes left of the Days of Our Lives Last Blast Reunion web series airing exclusively on the DOOL app. New episodes are posted every Thursday so make sure you check it out to find out what happens next in this exciting storyline! And don’t forget to check back here regularly for all your Days of Our Lives news, information and spoilers!