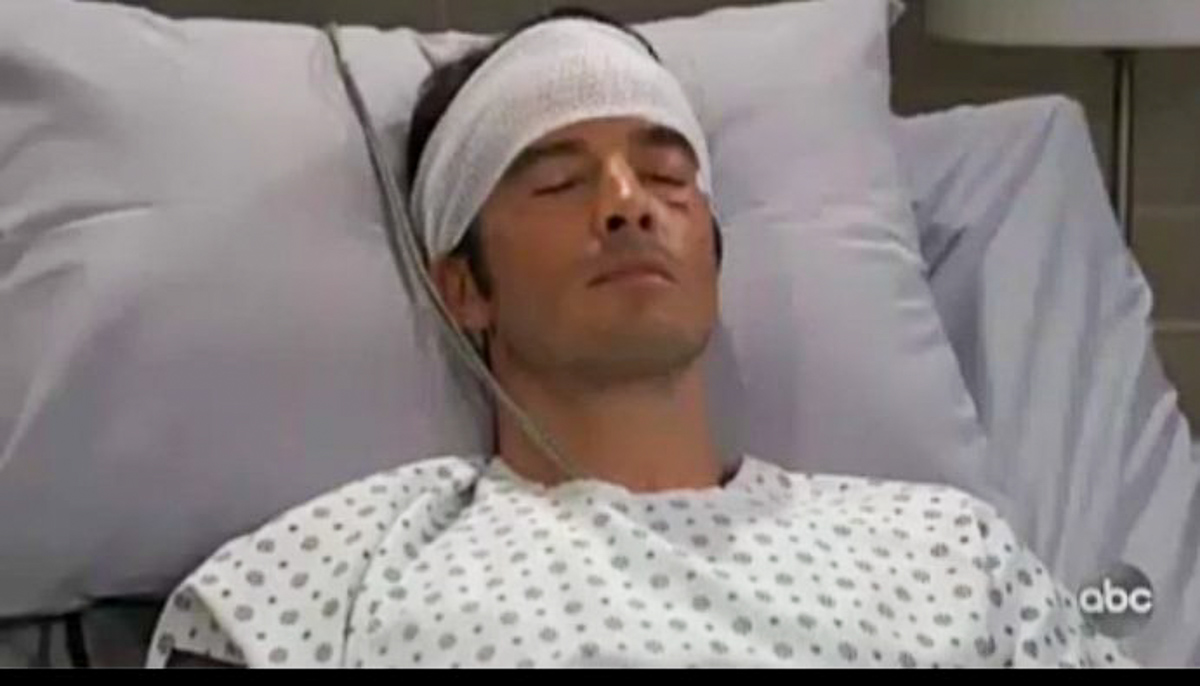 General Hospital (GH) spoilers tease although Lucas Jones (Ryan Carnes) is breathing on his own, he remains in a coma after his Thanksgiving car wreck. Lucas had finally learned the truth about the baby swap thanks to Brad Cooper’s (Perry Shen) confession in the moments leading up to the crash.

But before Lucas could even react to Brad’s bombshell, the wreck happened. Brad only suffered minor injuries, but Lucas has yet to regain consciousness. And now that the brain swelling has gone down, Lucas is being transferred to Turning Woods, the same long-term care facility that Mike Corbin (Max Gail) inhabits. While it’s always a possibility a miracle with happen and Lucas will wake up soon, the truth is the longer it takes for him to wake up, the less likely it will happen at all?

Although Lucas’ friends and family will never give up hope, the reality of Lucas’ condition is not lost on them Hopefully, Lucas will wake up soon with all his mental faculties intact, but no one can even hazard a guess. There are a couple of more dismal possibilities that hopefully won’t take place. The first is that Lucas wakes up but has severe brain injuries from his trauma. He could suffer from amnesia or even be in a vegetative state. There is also the possibility that Lucas could die.

Brad’s role in the baby swap is a secret that is safe until Lucas wakes up. Viewers have been waiting a long time to see Lucas finally learn the truth and Brad get exactly what’s coming to him. It would be a shame to take Lucas out of the story and not get the payoff. It seems likely that if Lucas wakes and remembers Brad’s confession that Brad will lose his husband Michael Corinthos (Chad Duell) will finally get his son back. But hopefully Lucas’ condition is temporary, perhaps lasting until February sweeps.

Will Lucas remain in a coma for months, years or even forever? Will he pass away before ever waking up? Or is going to make a miraculous recovery just in time for February sweeps. There is a lot of uncertainty about Lucas’ future right now, so stay tuned to General Hospital airing weekdays on ABC. And don’t forget to check back here regularly for all your General Hospital news, information and spoilers!