‘The Bold and the Beautiful’ Spoilers: Is Hope Naive Or Optimistic? New Change In Thomas’s Behavior 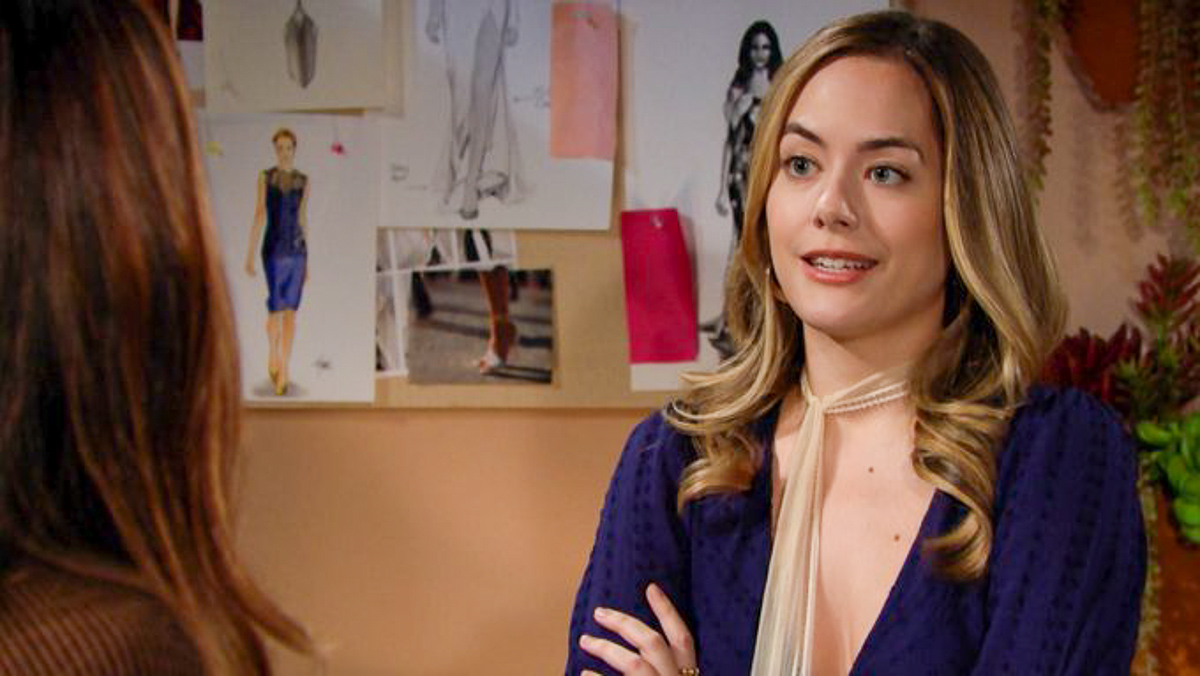 Hope Logan (Annika Noelle) hasn’t forgotten all that happened on ‘The Bold and the Beautiful’. But she’s cautiously optimistic that Thomas Forrester (Matthew Atkinson) can serve as her lead designer on the Hope For The Future line.

Both ladies are concerned about Thomas. They want to believe that he’s changed, but based on his past and very recent history, aren’t able to buy the line he’s been trying to sell.

Brooke’s conversation with Steffy at Forrester Creations was productive, as she learned that Liam hatched a plan to spy on Thomas. Steffy told her seemingly still-mother-in-law that she wants to believe her brother is trying to redeem himself, but needs to know for sure.

However, she and Brooke are concerned that Zoe’s sudden romantic feelings for Thomas make her an undependable source to rely on. Liam feels the same.

It’s still hard to tell if Zoe is telling the truth. Does she actually think of Thomas as a replacement for Xander Avant (Adain Bradley)?

As B&B viewers recall, Thomas threatened Zoe to remain silent about what she had learned about Beth still being alive. Zoe felt conflicted because of her father’s (Reese Buckingham, as played by Wayne Brady) involvement, but was generally on board with Thomas’ intimidating stance.

However, Xander had it out with Thomas on more than one occasion. He also checked the Global Positioning System history in Thomas’ car, foolishly telling him that he did so, which then caused that digital memory to be purposely erased. Along with that, at a later point in the storyline, Xander split from Zoe because of the Beth mess.

Thomas has a way of pushing his fantasies into the real world, although his realized goals are often short-lived. Such seems to be the next projection, as Zoe is serving as a useful pawn as he tries to hide his ongoing obsession with Hope.

Viewers see that Douglas Forrester (Henry Joseph Samiri) continues to be used as a piece on Thomas’ chess board as well. His son is the tie that binds him to Hope, though that was by her impetus.

The current flow of this tale appears to be heading toward multiple-character conflict, making it unpredictable. Yes, this is compelling soap.