‘The Young and the Restless’ Spoilers: Billy Can’t Control Himself – Amanda Hook-up Coming 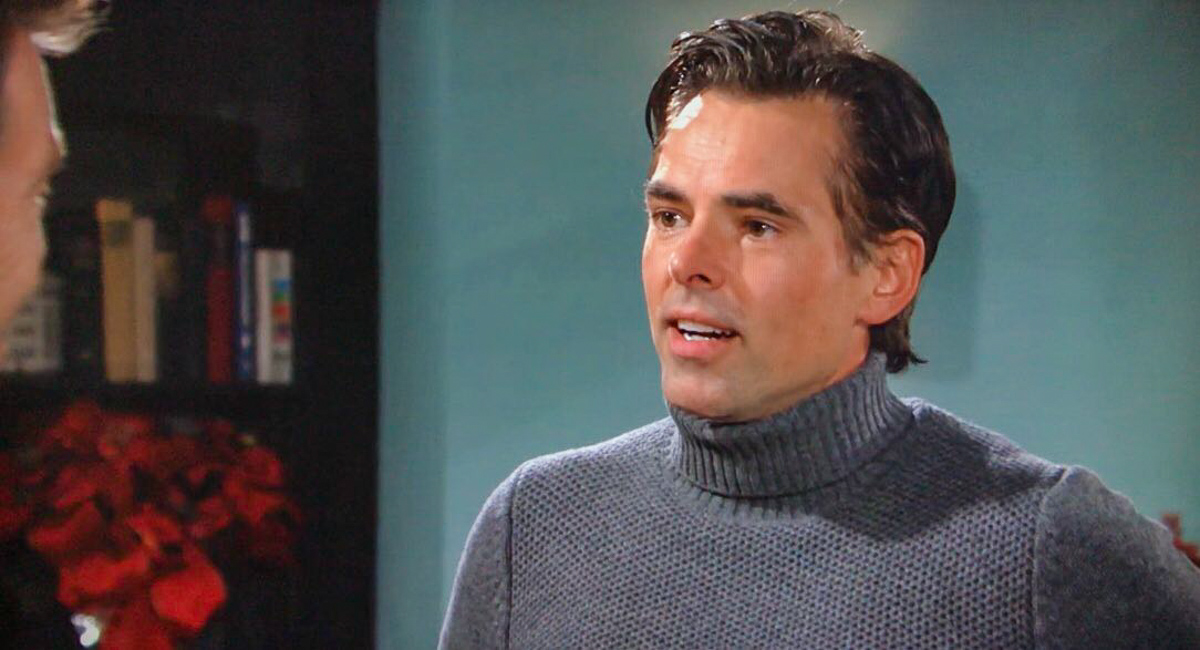 The Young and the Restless spoilers document that Billy Abbott (Jason Thompson) continues to pretend that he’s okay. But as all of his internal conversations reveal to the audience, he’s not.

Telling exchanges were had with his brother, former flame, and potential future dalliance. In each instance, Billy’s unbalanced mind was seen.

Unless Thompson’s character is able to get a grip on his mental health, he’s going to continue slipping. Villy fans are rightly concerned how that will impact Victoria Newman (Amelia Heinle) and the children.

Jack Abbott (Peter Bergman) knows what it’s like to fight seemingly overwhelming elements within oneself. He was able to beat back his drug addiction through sheer force of will, as fully aided by Phyllis Summers (as now played by Michelle Stafford). Ironically, Red offered Billy advice he didn’t want to hear at Crimson Lights during Christmas week.

Bergman’s character doesn’t currently sense that his little brother is in need of any significant assistance. On the surface, Billy appears to be living the good life with Vickie, Johnny Abbott (Ryan and Holden Hare), and Katie Abbott (Sienna Mercuri). Plus, Jack was encouraged by Billy’s return to the corporate game, even though he wished his younger sibling was still working at Jabot.

As Y&R fans recall, Philly was a red hot couple in recent years. This duo first came into existence when two other actors were embodying the roles. Today’s cast members, being Stafford and Thompson, aren’t seeking to revive what Phyllis and Billy briefly had.

Billy’s run-in to Phyllis was significant for a handful of reasons. One included viewers being reminded that his impulsive and reckless nature can upend lives beyond his own and result in years passing before the true love of his life, Vickie, learns to trust him again.

Young And The Restless Spoilers – Amanda Sinclair In A Vulnerable State

If Amanda Sinclair (Mishael Morgan) was in a stable relationship, or wasn’t coming off a bad one, she likely wouldn’t be text flirting with Billy. But the information fans have seen to-date indicate that she’s uneasy about a recent ex-somebody.

While Nate Hastings (Sean Dominic) appears to be a legitimate romantic prospect, Namanda hasn’t formed. And the storyline is miles away from having Devon Hamilton (Bryton James) and Amanda become involving, which would create Demanda.

Instead a third couple’s nickname seems ready to trend. Billy and Amanda (Bamanda) could happen at almost any moment and if that happens, two vulnerable people will be making a mistake they won’t be able to correct.