‘The Young and the Restless’ Spoilers: Victor Senses Billy Is Struggling – Villy’s Happiness At Risk 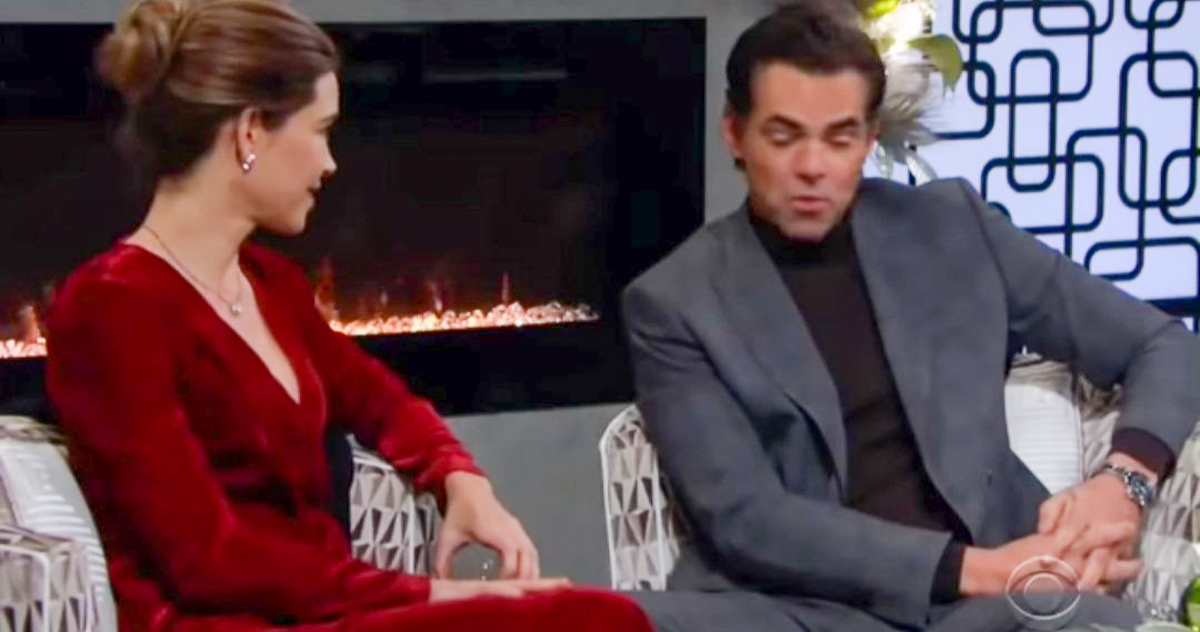 The Young and the Restless spoilers document that Billy Abbott (Jason Thompson) continues to struggle. Victor Newman (Eric Braeden) senses something is off.

Viewers were likely thinking that Billy was fibbing about working and that he had no job. However, his mention of MacGruder created a verifiable point Victor could check. Billy also added that he was handling mergers and acquisitions, which surprised the retired founder of Newman Enterprises.

Young And The Restless Spoilers – Funny Business Is Hard To Handle

The Dark Billy persona was chilling, but seemed to be contained when psychological help was obtained. The breakthrough at the Chancellor boat house and Vickie’s ongoing support appeared to demonstrate that Billy was keeping his issues in check.

However, he’s been using business issues as a cover to spend time away from Vickie and their children in recent weeks. That’s unlike him, as the love of his life and two children, Johnny Abbott (Ryan and Holden Hare), along with Katie Abbott (Sienna Mercuri) are infinitely important, as is true of all healthy husband’s and father’s.

Billy is listening to conflicting messages. His conscience is telling him to do what’s best, or to recognize that his life is good. Yet, a restless feeling continues to grow.

Multiple meetings and now, texts, with Amanda Sinclair (Mishael Morgan) are disturbing because these actions project to Villy’s future instability. While nothing concrete has happened with Morgan’s newest alter ego, it’s clear that she and Billy are considering possibilities.

Billy paused when talk of Villy’s Christmas vacation was raised. Fans of this couple grew even more anxious when he did that. Fear that a separation between Vickie and Billy may lead to an irreversible situation is not far-fetched.

So, as the year gets set to end, Billy is suffering. Vickie believes that he’s on the upswing and that all looks bright in their world. Viewers see disaster ahead for one of the show’s most endearing couple’s unless something dramatic alters Billy’s downward trajectory.