Young And The Restless Spoilers: Tessa Meets Mystery Man – Leaves Town With Him? 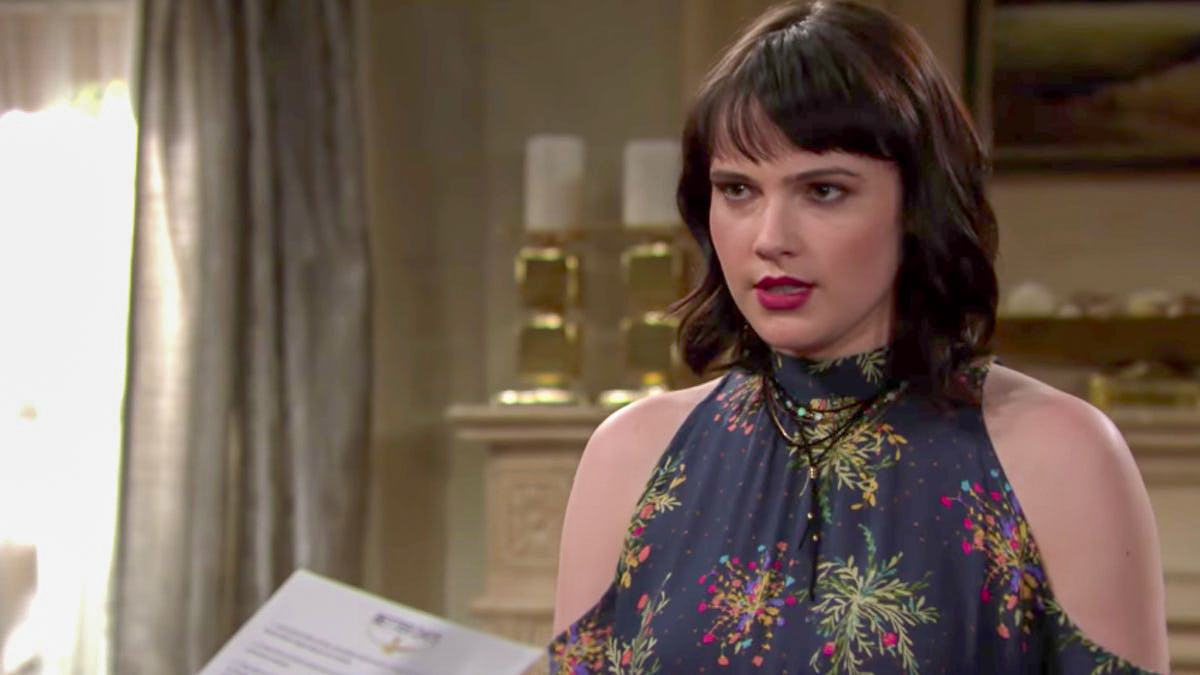 Tanner Watts (Chase Coleman) will arrive in Genoa City soon, and he has a past connection to someone in Genoa City. Tessa will be meeting him for the first time, although he apparently has been following her and is a fan. Fenmore Baldwin, (Zach Tinker) who has also been a singer touring on the road and was in town for the holidays is probably Tanner’s past connection.

The Young and The Restless spoilers tease that Tessa could have a great opportunity touring with Tanner, and her significant other, Mariah Copeland (Camryn Grimes) will be all for it, but Tessa will hesitate, being suspicious of Tanner in some way!

Mariah won’t understand why Tessa won’t take this opportunity; apparently Tanner is a hot commodity and very well known, but Tessa is suspicious of him and will turn him down. Tanner is also a fan of hers so what is Tessa’s problem with her? Perhaps Tessa perceives Tanner’s interest in her as more than being a fan of hers and more than his wanting to mentor her.

Perhaps while this is only her first time meeting him, she knows exactly who he is and perceives him as a stalker! Or, she may see that he has a romantic interest in her and doesn’t want to open up a can of worms since she is involved with Mariah and has been for quite some time now!

Tessa may tell Mariah that she has received communications from Tanner, and lots of them – so many, in fact, that she is convinced that he is stalking her and now has found her in Genoa City, even if he does know Fenmore Baldwin. By the time Tanner gets to town, Fenmore is probably gone again since he was only there for the holidays to visit his family. Another question might be where Tanner knows Fenmore from – from the music business or from the world of drugs or halfway houses?

Mariah may not understand why Tessa hasn’t told her about this problem before, but maybe she just didn’t want to worry her or never thought she would have to deal with the situation of Tanner showing up in Genoa City, connection to Fenmore Baldwin or not! If Tessa is fearful that Tanner is obsessed with her in any way, of course she’s not going to go on tour with him no matter how famous he might be or how big of an opportunity he could offer her career wise; it would only be asking for trouble!