Days of Our Lives Spoilers: Nicole Tells White Lie To Keep Kristen And Brady Apart – But For How Long? 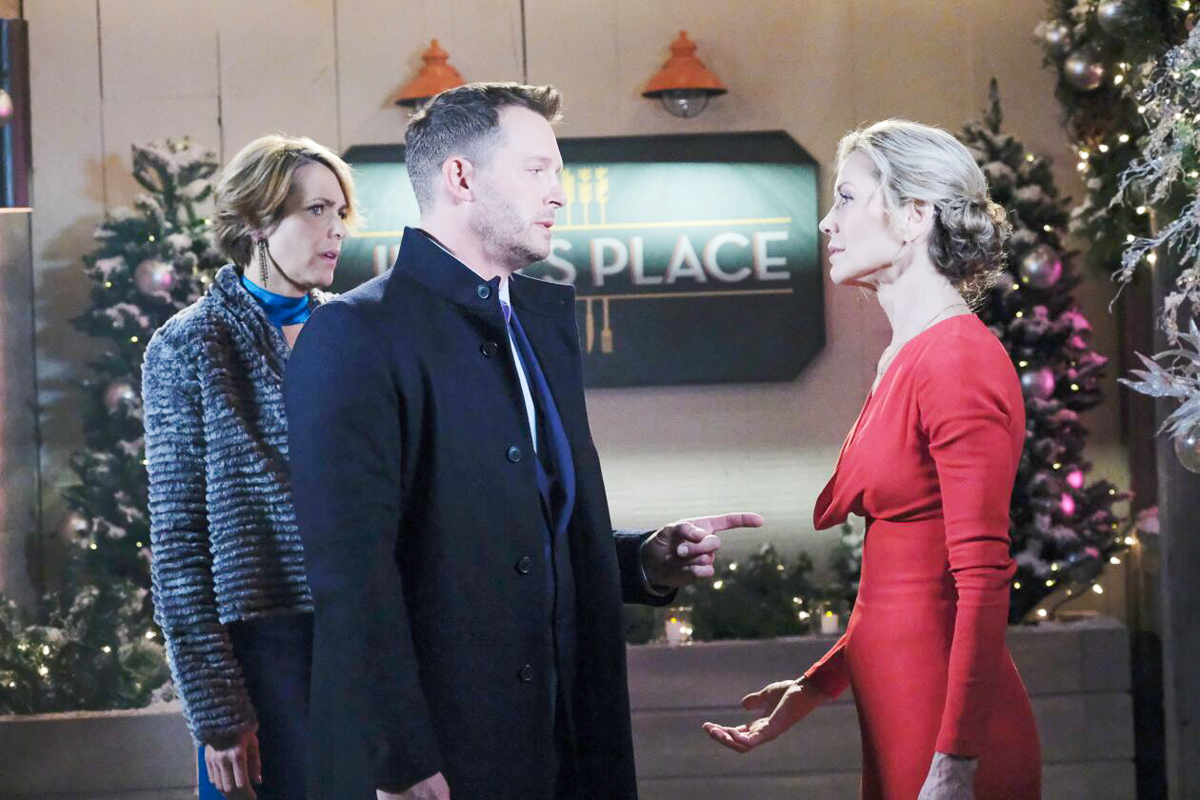 Days of Our Lives spoilers reveal Kristen DiMera (Stacy Haiduk) is a woman on a mission. She plans on getting back together with Brady Black (Eric Martsolf). However, Nicole Walker (Arianne Zucker) stands in her way. The young woman tells Kristen a white lie and says she is with the eligible bachelor in order to keep “Bristen” apart. Will it work or could it just intensify the battle between the two women?

DOOL spoilers confirm that Kristen’s baby died, but we don’t know exactly what happened yet. After the newborn’s death, Kristen was accused of murdering Haley Chen (Thia Megia). Although she was cleared of any wrongdoing, Kristen ended up leaving Salem. That is what led her to the Italian convent, where she prepared to become a nun along with Lani Price (Sal Stowers).

With Kristen gone, the one person who was there to help Brady get through his grief was a former flame and friend, Nicole Walker. After the truth came out about the baby paternity secret, Eric Brady (Greg Vaughan) left Nicole. As a result, the two are now leaning on each other.

Days of Our Lives spoilers suggest that in the next few weeks, Nicole will suddenly pull Brady in for a kiss. It isn’t revealed how he responds. However, the two do have history and Brady goes through women like some people change socks.

Once Kristen returns to reclaim her man, Nicole will try to save Brady from getting back together with the former villain. So, she tells Kristen that Brady is no longer available. Knowing the bad blood between them, Nicole adds that she is the new woman in Brady’s life. However, it is hinted that they share a kiss, not a life together, so it seems she tells a little white lie.

Now, will we see the old Kristen return in order to get back her man from Nicole? Fans will have to keep watching the NBC soap opera to see how this storyline plays out.