General Hospital Spoilers: Sonny Calls A Truce- Will Things Go Back To Normal With Carly And Jax 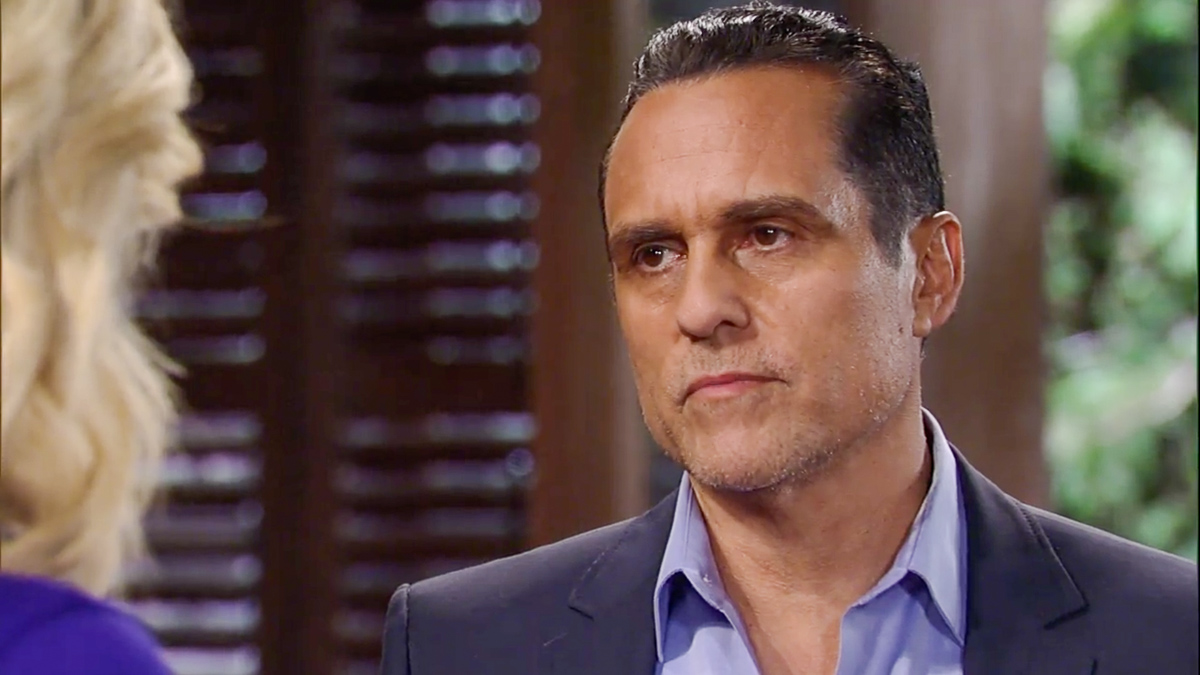 General Hospital spoilers tease that Sonny Corinthos (Maurice Benard) will call a truce with someone in an upcoming episode of GH!

Sonny is overwhelmed and preoccupied with the rapid mental deterioration of his father, Mike Corbin (Max Gail) from Alzheimers’ disease, and has been at odds from everyone from Carly and Jason, who don’t agree his plans to put his father into an experimental treatment trial dealing with enzymes, that Dr. Griffin Munro (Matt Cohen) had told him about while he was visiting in Port Charles recently, to Mike’s cousin, Gladys Corbin (Bonnie Burroughs) who is all up in the air about any kind of treatment at all for a deteriorating Alzheimer’s patient other than “letting them die with dignity” in a hospice!

Sonny is not one to sit around to see what happens, he’s a man of action! The other problem recently had been Carly’s insistence on keeping secrets for someone – other than Sonny. He assumes it’s Jasper Jacks (Ingo Rademacher) and although he hadn’t come out and said it, he may have assumed that Carly and Jax may be having an affair, and had an argument with Carly in which she finally decided to tell him the truth, and Nikolas Cassadine (Marcus Coloma) showing up alive after three years, and staying at Jax’ house, is a zinger!

Sonny likely won’t appreciate Nikolas having kept his survival a secret from his mother, Laura Collins (Genie Francis) and his sister Lulu Spencer (Emme Rylan) and certainly his son, Spencer Cassadine (Nicolas Bechtel)! But once he knows the truth he will likely call a truce with Jax and Carly, since his worst fears were just a case of paranoia!

Sonny probably won’t believe Carly when she first tells him, after all, to think Nikolas would show up alive and having been in Port Charles since Halloween without contacting anyone in his family is pretty bizarre! It was a different situation with Jason – he was presumed dead for five years but he was captive in a clinic in Russia, he couldn’t make contact; but the first place he came to when he did get back to Port Charles was the Corinthos home, and then had to adjust to eventually finding out he had a previously unknown twin separated at birth who had been given Jason’s memories so everyone thought he was Jason with plastic surgery, having been run over by Ava Jerome (Maura West) who ironically was the one who helped Jason himself escape!

Sonny will have some choice words for Nikolas when he gets a chance to talk to him! Carly, of course, gave Nikolas that same earful of why didn’t he contact his family when he revealed himself to her that day at Jax’s house when she went over to find out why his and Carly’s daughter, Josslyn Jacks (Eden McCoy) couldn’t move in. She had theorized Jax had a woman over there before she found out it was Nikolas! She actually threatened to tell Laura if Nikolas didn’t until he explained it was because he was trying to keep his family safe from Valentin Cassadine (James Patrick Stuart)! Carly will likely tell Sonny what Nikolas told her but he still won’t find it an excuse; he could have come to them first and had plenty of protection and funding instead of going to Jax!