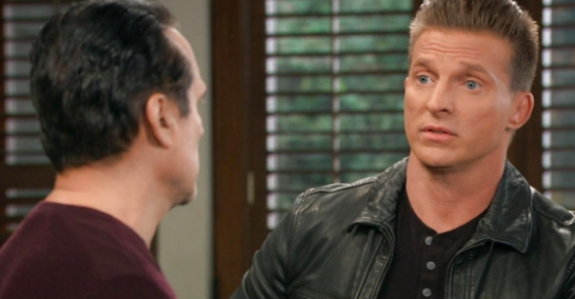 General Hospital (GH) spoilers update for Thursday, January 2, teases that some big decisions are brewing. We should mention that GH won’t air a new episode on Wednesday, January 1. However, you can tune in on Thursday and rejoin all the Port Charles drama. Thursday will indeed deliver a brand-new episode of General Hospital – and it’s sure to be an action-packed one.

For starters, Nina Reeves (Cynthia Watros) will open the DNA results and get the evidence she’s seeking. Once Nina looks at these results, she’ll be officially done with Valentin Cassadine (James Patrick Stuart). This will serve as the proof in her mind that Valentin is never going to stop lying. He’s the master of deception and that’s just not going to work for Nina anymore.

Still, Sasha Gilmore (Sofia Mattsson) won’t want to give up on Nina and Valentin’s love story. She’ll know that love truly is at the heart of it. After all, Valentin cooked up this fake daughter scheme to win Nina back and make her happy.

It seems Sasha will admit she covered for Valentin, but it’s only because she wanted Nina to hang onto happiness. Sasha will warn Nina to think before she destroys her family with Valentin and Charlotte Cassadine (Scarlett Fernandez). She won’t want Nina doing something she’ll ultimately regret.

Sasha’s advice will definitely leave Nina conflicted again. She won’t know what she’s going to do as she prepares for her wedding night. Over with Charlotte, she’ll be adamant that her secret bodyguard truly exists. Laura Webber (Genie Francis) will try to sway Charlotte on Thursday, so that probably means urging Charlotte to accept that she invented this bodyguard.

Perhaps Laura will bring up the fact that Nikolas Cassadine (Marcus Coloma) is the man in the picture. She may want Charlotte to acknowledge that it’s her deceased uncle, not someone hired for her protection. Of course, since Nik is very much alive and has interacted with Charlotte multiples times, Charlotte should stand her ground.

Carly Corinthos (Laura Wright) will also stick to her guns on Thursday. She decided it was time to spill the Nikolas secret to Sonny Corinthos (Maurice Benard), so she’ll keep her word. Carly will warn Sonny not to blow things up before she blabs about Nikolas being alive. She’ll reveal how she found out and add that Jasper “Jax” Jacks (Ingo Rademacher) was recruited to assist Nik.

General Hospital Spoilers: Carly And Sonny On The Rocks Over Mike Going Into The Swedish Alzheimer’s Trial https://t.co/gBXqA01BzQ pic.twitter.com/OSkeVgtvGd

General Hospital spoilers say Sonny will be intrigued by Jax’s latest crime. He’ll deliver a veiled threat that concerns Carly, so she should remind him not to go after Jax. It would infuriate Josslyn Jacks (Eden McCoy) and could backfire on Sonny. We have to remember that Jax knows all about Dev Cerci’s (Ashton Arbab) true identity, so Jax could easily seek revenge.

Sonny will probably let it go for now, but he’ll definitely feel betrayed by Carly. He’ll think this is something Carly should’ve trusted him with right away. As for Jason Morgan (Steve Burton), he’ll be perplexed in Thursday’s GH episode. General Hospital spoilers say Jason will ponder a mystery, so he may keep working on theories about Shiloh Archer’s (Coby Ryan McMaughlin) memorial.

If Jason wants to protect Sam McCall (Kelly Monaco) from any revenge seekers, he really needs to investigate and stop this attack before it starts! Back with Nina and Valentin, it looks like their wedding will be derailed by Nik’s shocking exposure. GH fans won’t want to miss all the mayhem ahead. We’ll give you updates as other news and rumors emerge. Stay tuned to the ABC soap and don’t forget to check back often for the latest General Hospital spoilers, rumors, updates and news.