‘The Bold and the Beautiful’ Spoilers: Zoe Doesn’t Want To Be Hurt – Thomas Furthers Grand Plan 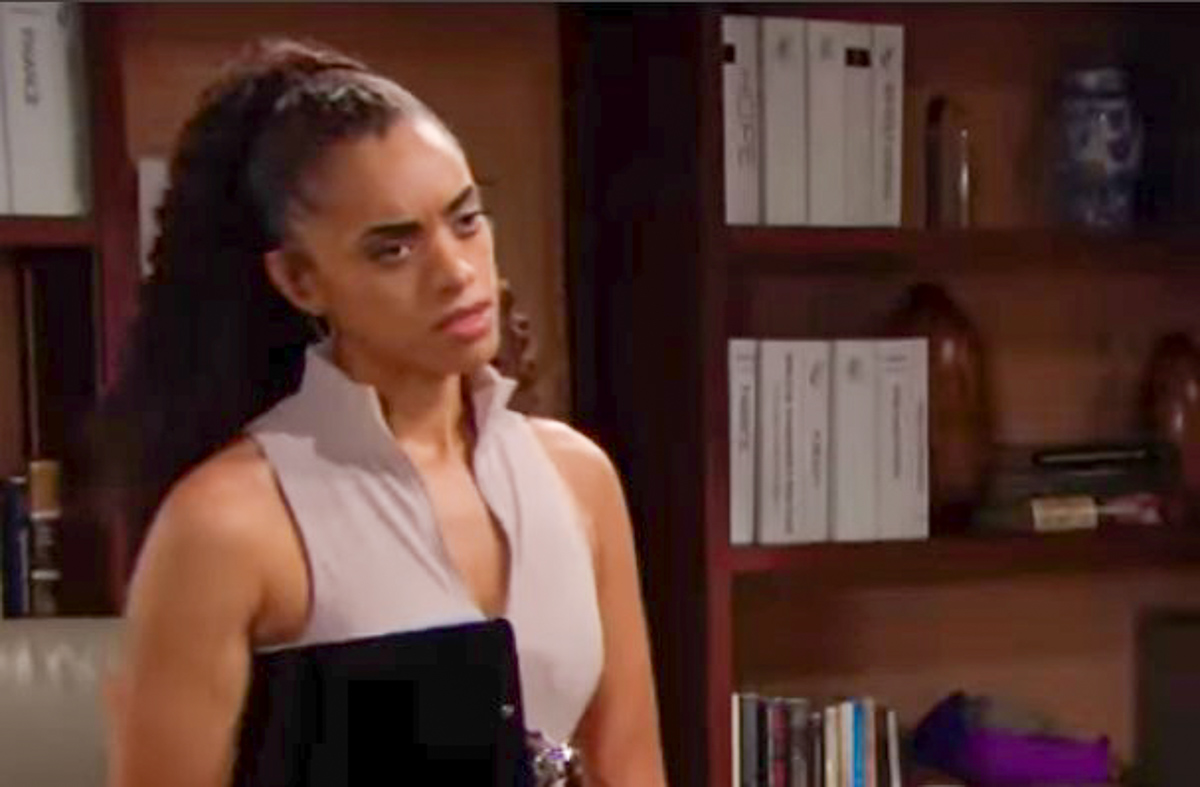 Zoe Buckingham (Kiara Barnes) is interested in Thomas Forrester (Matthew Atkinson) on ‘The Bold and the Beautiful’. He’s claiming to have noticed her in the past, but didn’t act on his feelings.

Barnes’ character is desperate to restore her modeling career. But work-related emotions don’t blind her to what could be a setup.

Like Liam Spencer (Scott Clifton) and Steffy Forrester (Jacqueline MacInnes Wood), Zoe isn’t sure if Thomas is being real, or not. She isn’t ready to fully invest in him.

But Atkinson’s character is convincing, or a master manipulator, as Brooke Logan (Katherine Kelly Lang) said to Liam. So Zoe might agree to become Thomas’ next seeming significant other.

Hope Logan (Annika Noelle) is rooting for Thomas and Zoe to bond romantically. That’s actually a self-centered point of view, as she openly acknowledged to Steffy. But Hope’s outlook is also potentially reckless.

If Thomas is reforming himself, which all involved characters aren’t certain of, then Hope’s desire to see Zoe with him won’t cause any harm. But the audience knows that Thomas is still obsessed with Hope and plans to eventually reunite with her.

So, Hope’s cautious optimism is centered on what’s best for her and Douglas Forrester (Henry Joseph Forrester). That narrow outlook doesn’t include, or potentially offer any consideration for negative consequences that Zoe could face, which reinforces that Hope still harbors resentment.

Zoe lost Xander Avant (Adain Bradley) because of her involvement in attempting to cover up Reese Buckingham’s (Wayne Brady) actions. After following Xander from England to the United States, Zoe continued to apply pressure to her former boyfriend until Emma Barber (Nia Sioux) opted to end ‘Xemma’.

As B&B fans recall, Thomas provoked the end of Emma’s life when he tailgated her on Mulholland Drive. Zoe knows about that. She, along with Xander and Flo Fulton (Katrina Bowden) were all being threatened at the time by Thomas, who chased Emma because she was on her way to tell Hope the truth.

Zoe’s transformation regarding her opinion of Thomas doesn’t add up. But this is soap, so maybe she has really started to care about him.

Bold And The Beautiful Spoilers – Thomas Forrester Continues To Carry On

The man is seemingly invincible. Hardcore viewers know of Thomas’ many exploits through the years, more recently including the infamous fall off the cliff in back of his sister’s house.

Ridge Forrester’s (Thorsten Kaye) shield of his son from justice actually left Thomas scot-free and more emboldened and dangerous than ever. Doom seems inevitable, yet a change of heart, Zoe becoming a hero, or some other outcome is still possible.