The Bold and the Beautiful Spoilers: Zoe In Love And Conflicted – Will She Continue Working With Steffy And Liam? 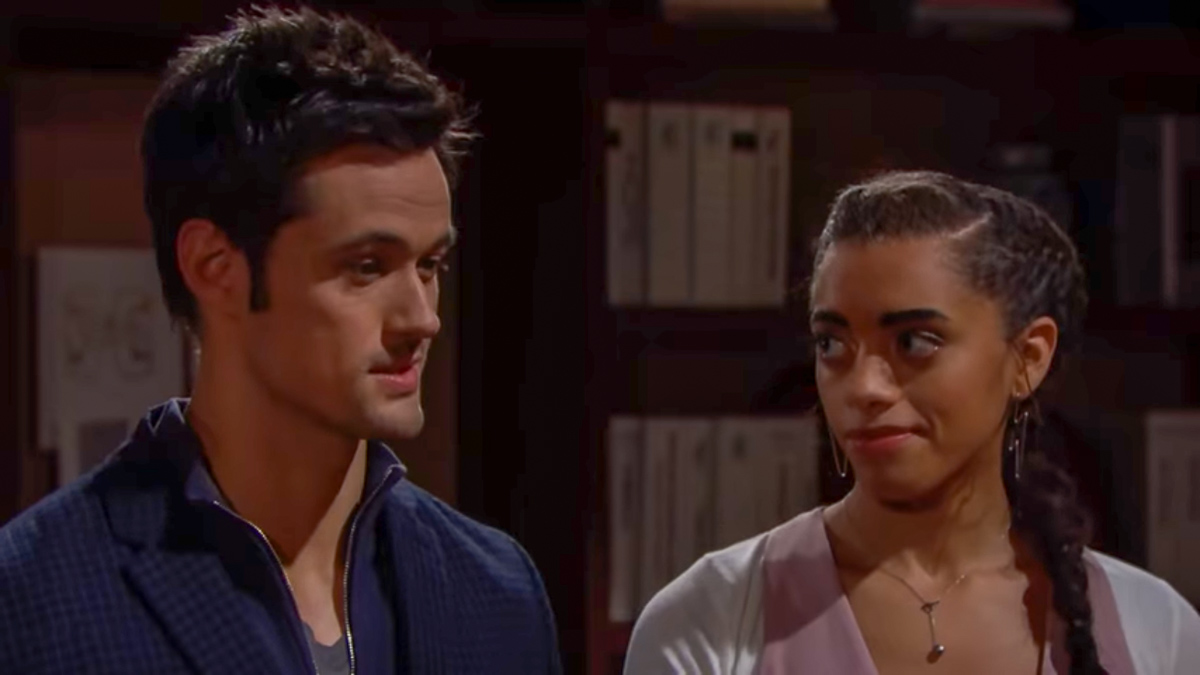 The Bold and the Beautiful spoilers reveal Zoe Buckingham (Kiara Barnes) finds herself in a bit of a dilemma. While playing double agent, she will end up being conflicted on which side to actually take. Is everyone right about Thomas Forrester (Matthew Atkinson) or has he really changed? It seems that she will make up her mind soon enough.

B&B spoilers indicate that Zoe is trying to play both sides of the fence. She only has her job back at Forrester Creations because she agreed to a deal. She is to keep a close eye on Thomas and report back to Liam Spencer (Scott Clifton) and Steffy Forrester (Jacqueline MacInnes Wood). At the same time, she has romantic feelings for Thomas and really wants to believe he is genuinely interested in her.

Even though it appears on the surface like Thomas doesn’t suspect anything, there could have been a hint of otherwise last week. At one point, he walked in as Steffy and Zoe were talking in her office. He opened the door and stopped to listen. It seems like he only heard Steffy thank Zoe for coming in.

However, he was suspicious enough to question the model about the conversation later. But did he believe her or is there a chance he overheard more than what we think?

Bold & The Beautiful Spoilers – Wanting to Move On

The Bold and the Beautiful spoilers reveal Thomas truly does want to move on from Hope Logan (Annika Noelle). He was honest that he will always care about her and want her in his life. However, he also realizes that his previous efforts didn’t get him any closer to his goal. This is where he pursuing Zoe romantically comes in. Part of it is to convince everyone else, but perhaps part of him is trying to show him other women do exist.

It is teased that Zoe will end up feeling conflicted about the whole situation. In the latest issue of Soap Opera Digest, Kiara Barnes teased what to expect. While Zoe really wants to believe that the romance is real, once they sleep together she will be convinced. It definitely makes the “deal” more complicated and she will have to make a choice. Continuing reporting Thomas’ every move or just enjoy a blossoming relationship.