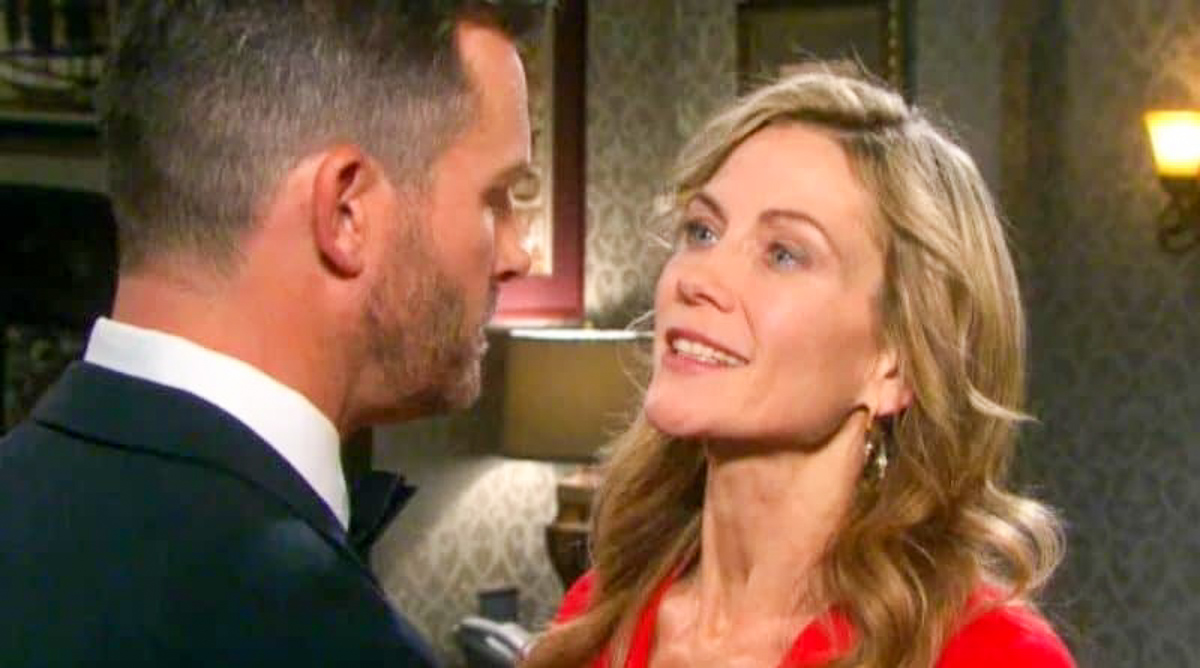 Days of Our Lives spoilers reveal Kristen DiMera (Stacy Haiduk) plans on getting back her man. However, someone else has moved in on her territory. She returns to Salem only to come across Brady Black (Eric Martsolf) and Nicole Walker (Arianne Zucker) kissing. It seems she goes back to her old ways because she instantly is filled with fury. How will she deal with the woman who has snatched up her one true love?

DOOL spoilers confirm Kristen and Lani Price (Sal Stowers) have returned to Salem. However, they haven’t let everyone know about their comeback. Kristen also had the foresight to bring along their nun outfits in order to manipulate Gabi Hernandez DiMera (Camila Banus).

One of Kristen’s objectives includes handling some personal business. She wants to get back together with Brady. However, someone has beat her to it.

It is teased that when Brady lost both the woman he loved and his newborn daughter, he leaned on Nicole for support. Now that Eric Brady (Greg Vaughan) has left her, Brady is returning the favor. However, the long-time friends also have a romantic history. It seems they will once again creep over the edge of friends into lover territory.

Days of Our Lives spoilers reveal Kristen sees Brady and Nicole kissing. However, don’t expect her nun act to carry her through this one. She reacts just like she used to and the woman is furious. Actress Stacy Haiduk discussed the storyline with Soap Opera Digest.

“She’s furious and hurt. She honestly thought she was going to come back and claim Brady and that relationship they had when she was pregnant. It starts fueling her back up, which isn’t a good thing.”

Days of Our Lives Spoilers For Dec 30 – Jan 3: Stefano DiMera Reveals Himself, But As Steve Johnson https://t.co/46XAVzdKuE pic.twitter.com/D6sqgu4CjB

However, it’s a good thing that Kristen has found Lani as her new BFF. The former detective is able to calm down Kristen and get her focused again. But that won’t last for long. When New Year’s arrives and “Bricole” share another kiss, Kristen goes into full catfight mode and attacks Nicole. All while still wearing her nun costume. That’s the Kristen that Salem (and fans) remember.