Days of Our Lives Spoilers: Time Is Running Out For Ben – Ciara Brady Has One Last Plea 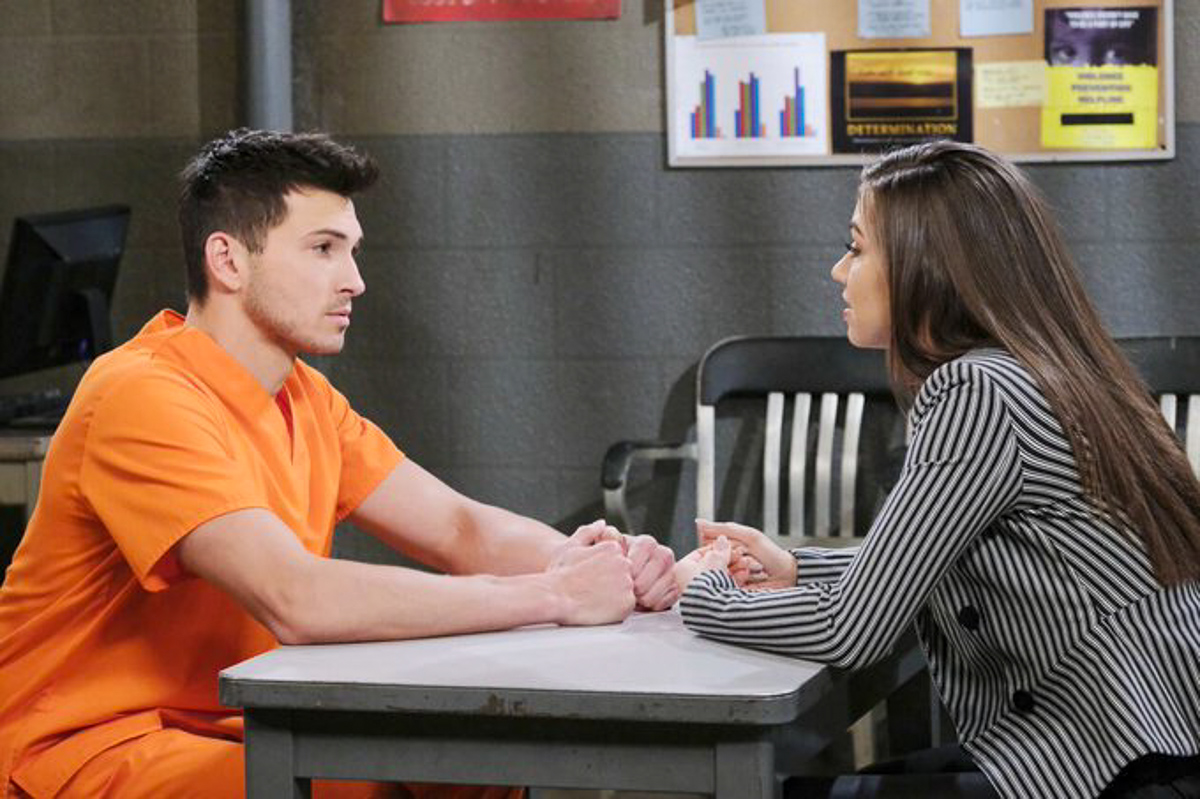 Days of Our Lives spoilers reveal the clock is ticking to clear Ben Weston (Robert Scott Wilson). Finally, Ciara Brady (Victoria Konefal) gets Victor Kiriakis (John Aniston) to confess. How does she do it, will it free Ben in time and what will happen to Xander Cook (Paul Telfer)?

DOOL spoilers indicate that Ben is on his last appeal. Justin Kiriakis (Wally Kurth) is working on trying to free Ben from prison, who was given the death penalty. However, there is one last shot to clear the young man’s name and that is what Ciara has been working so hard to do. It is teased that time is running out, though.

In the latest issue of Soap Opera Digest, head writer Ron Carlivati discussed the storyline. He said that Ciara will basically beg her grandfather for the truth. Despite the Kiriakis patriarch being cold and set in his ways, he loves Ciara. It is due to this love that he will make a fateful decision and give her what she wants.

Days of Our Lives spoilers confirm that Victor will end up telling Ciara the truth about Jordan Ridgeway’s (Chrishell Hartley) death. Ron Carlivati discussed it with Soap Opera Digest, teasing what fans can expect from the scene.

“She finally outright confronts her grandfather and begs him to tell her the truth. Victor gives him, and because he loves Ciara, it’s all set up for him to confess what he did, and Ben can hopefully be exonerated in time.”

DOOL Spoilers – What Happens Next?

We know that Xander will end up paying Ben a visit in prison. We also realize that Ben can’t die before the truth comes out. Hopefully, “Cin” fans will be able to see the day when Ciara is successful and Ben gets released from prison. However, what will happen to Victor and Xander once the truth gets out? Fans will have to keep watching the NBC soap opera to see how this storyline ends.