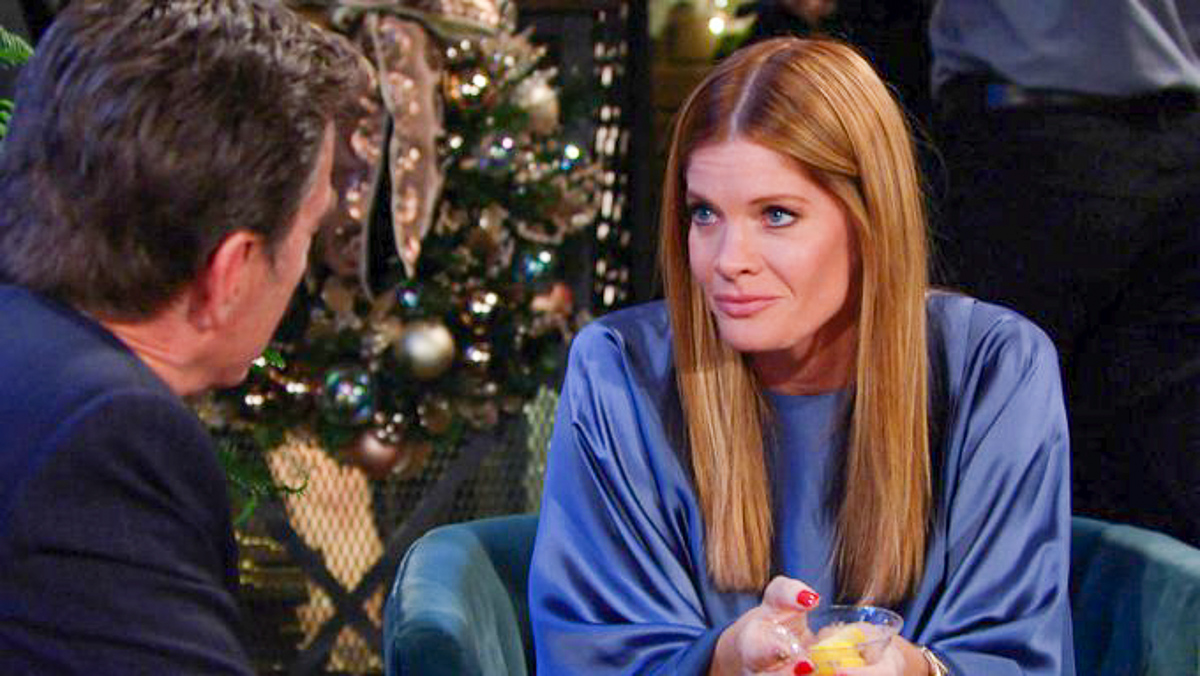 The Young and the Restless spoilers document that Phyllis Summers (Michelle Stafford) did Adam Newman’s (Mark Grossman) bidding without fully realizing it. Rightly upset that she was asked to play up to Nick Newman (Joshua Morrow), Phyllis didn’t initially tell him what his brother brazenly suggested. But then she did, with the intention of spotlighting Adam’s still-existing darkness.

Nick’s tell to Chelsea Lawson (Melissa Claire Egan) happens shortly thereafter, as expected. Her response equals Nick’s and sends her to the penthouse on a mission.

The information missile that Phyllis became reflects one of the options Adam’s mind calculated. His first intent was to encouraged Phyllis to follow through, with one of the fallback options being for her to resist, tell Nick as she did, and then have that information relayed to Chelsea.

Adam suspected that some result would happen after offering his suggestion to one of Nick’s ex-wives. Grossman’s character has made it clear to Phyllis on numerous occasions that he is not her friend. But she hung around hoping to gain his assistance in seeking revenge against selected Newman family members, with Summer Newman (Hunter King) and Nick being off her board.

Well, Phyllis got what she asked for, but not what she wanted. Adam’s agreement to help her stir the pot had Nick become the first verbal victim. Without seeming to realize it, Phyllis helped to destabilize Chick.

Y&R Spoilers – Truth Is In the Eye Of Adam Newman

Adam is right, Phyllis loves Nick and would opt to be with him if she could. It’s unusual to see Stafford’s character without a man for so long. She’s been romantically unsettled, which has her reeling.

Phyllis’ goal is to reclaim her GC status, with whatever that was in her mind. But the truth Adam sees in her regard is also on point, as she was and remains trouble to be avoided by most.

The Young and the Restless Spoilers: Phyllis Wants Revenge, And Plans A Perfect Scheme https://t.co/rGSXw0oAzZ pic.twitter.com/Xd2vPF9OI4

Chelsea is honestly in love with Nick. But hardcore Y&R fans know that in her heart, Egan’s character loved Adam infinitely more. The bond she has to him is also dramatically deeper due to Connor Newman’s (Judah Mackey) existence.

Whether she’ll break from Nick to return to Adam, or Nick’s insecurities about Chick will create a forced end to their couple’s status is questionable. This storyline isn’t easily predictable, with not one but two wild cards in the game. Those face cards burnish the likenesses of Adam and Phyllis, of course.