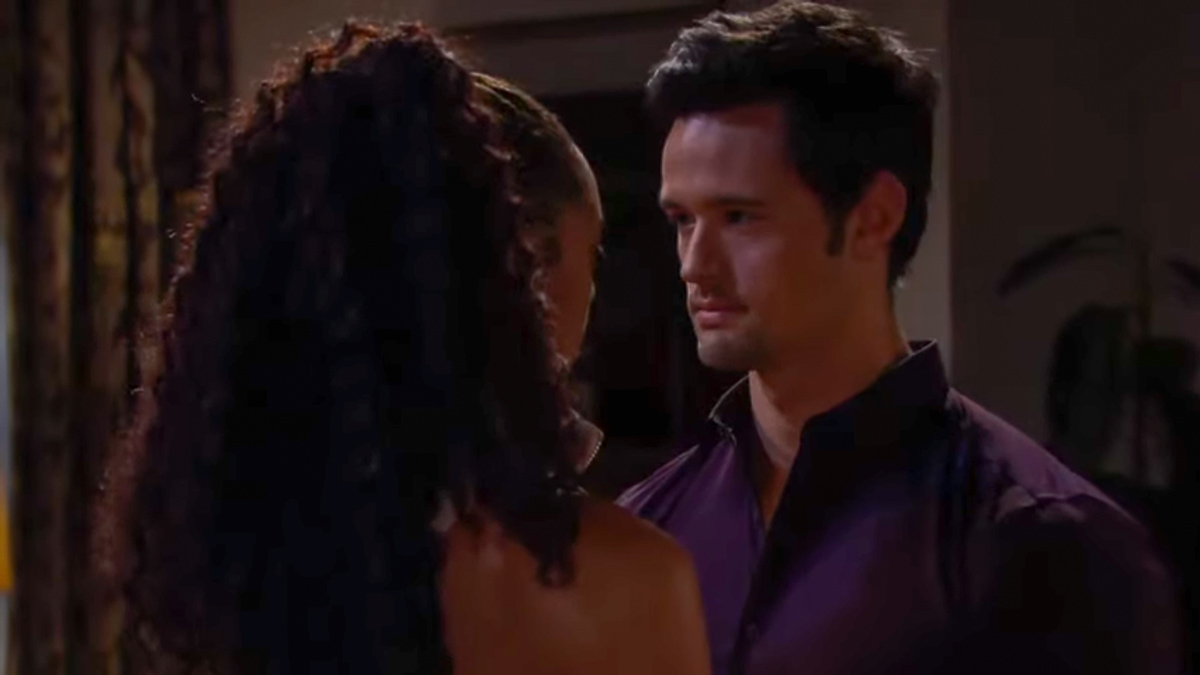 Bold & The Beautiful Spoilers – Thomas Forrester Poured It On Thick, Zeroing In On Zoe Buckingham’s Needs And Desires

Thomas Forrester poured it on thick, zeroing in on Zoe’s needs and desires as he made their very first date “an overnighter” in the Forrester mansion, instead of a movie and dinner like most relationships begin as! He could tell she was ripe and hungry for “love” and instead sated his own lust, probably fantasizing about Hope Logan (Annika Noelle) the whole time he was with her in bed!

Zoe bought it hook, line and sinker, thinking that he was in love with her because of her crush on him, which will leave her a very broken young woman when she realizes that Thomas was just using her the whole time, and manipulating her so that Hope would think he had moved on from her and let down her guard around him so he could move in for the kill!

Of course Zoe won’t think Thomas is interested in Hope when he so obviously moved on with her – just like Brooke Logan (Katherine Kelly Lang) feared and expressed to Thomas’ sister, Steffy in a recent episode of The Bold and The Beautiful.

Liam will likely realize that the “double agent” plan backfired when Zoe’s body language says it all when he asks about how Thomas acted around Hope and Liam can tell that Zoe has fallen not only for Thomas, but for his machinations and manipulations! What Thomas did could not be considered as any more than rape with a willing participant, who didn’t realize she was being raped both emotionally and physically by a cruel lover who was only taking advantage of her!

Zoe is not an inexperienced teenager, and this certainly wasn’t her first time around a bed! Liam will be stunned at how easily she fell for Thomas’ lies and manipulations! There is no way she can be even close to objective and be able to tell what Thomas is thinking or how he looks at Hope when she thinks he’s totally focused on her because he told her everything she wanted to hear and acted it out as well; Thomas has truly proven himself a master manipulator by this little exercise faking a relationship with Zoe to throw Hope, Brooke, and everyone else off the track of his real end game which is still Hope!

There is a slight chance that Thomas could fall for Zoe in spite of himself, but he will likely fight off any feelings he might have started developing for her!