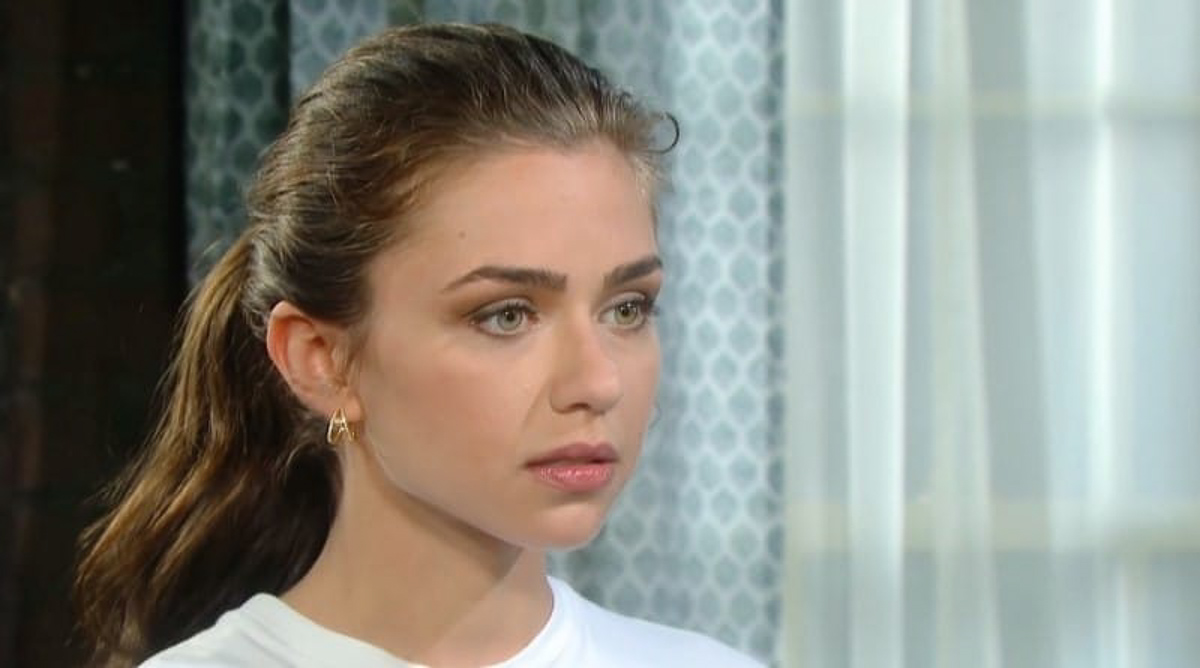 Days of Our Lives spoilers reveal Ciara Brady (Victoria Konefal) confronts her grandfather. She is desperate to clear Ben Weston’s (Robert Scott Wilson) name before he gets executed. Finally, she gets the answer she has been searching for. However, it takes a surprising turn when Victor Kiriakis (John Aniston) suffers a health crisis.

DOOL spoilers indicate that Ben was not only arrested and convicted for the murder of his sister, he was also handed down a strict sentence from the judge. Given the death penalty, he has one appeal left. If he loses, then he will undergo the death penalty. This means that time is literally running out to clear his name and get him released from prison.

Ciara’s main goal right now is to find evidence that will prove Ben is innocent of murdering Jordan Ridgeway (Chrishell Hartley). However, she keeps running into obstacles. But as each day passes, she is finding support in unexpected places.

One is Justin Kiriakis (Wally Kurth), who is helping Ben with his final appeal. There is also Dr. Marlena Evans (Deidre Hall), who helps cover for Ciara so she can visit Ben without Victor finding out. Others will start to come forward to help Ciara, too, which will be pleasantly surprising to the young executive.

Days of Our Lives spoilers suggest that Ciara will finally confront her grandfather and beg for the truth. Because of his love and devotion to her, Victor finally tells the truth. However, something ends up happening and Ciara must deal with the consequences.

It is teased that Victor suffers some sort of health crisis. It is hinted that it could be a heart attack. Afterward, Xander Cook (Paul Telfer) lays on the guilt by threatening Ciara and telling her to stay far away from Victor from now on. However, she can’t really keep that promise, can she? Plus, how will this affect Ben’s prison sentence and the death penalty? Fans will have to keep watching the NBC soap opera to find out how this storyline ends.