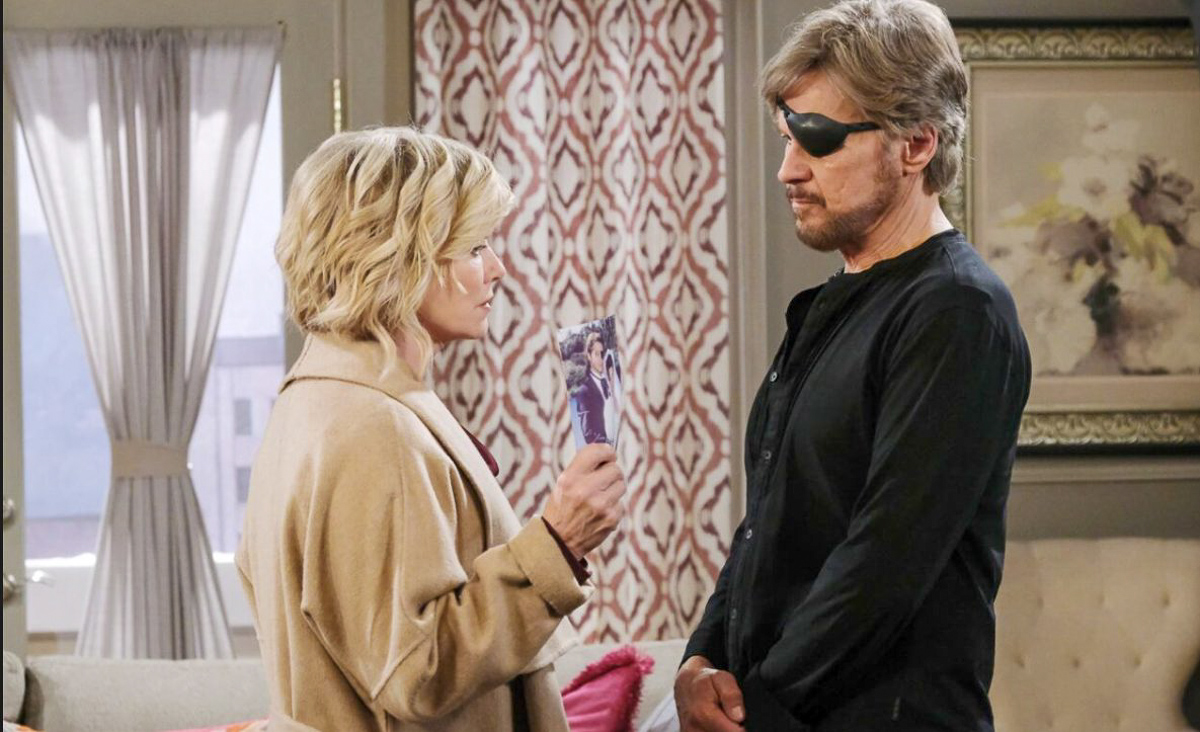 Days of Our Lives spoilers reveal Steve “Patch” Johnson (Stephen Nichols) aka Stefano DiMera gets involved in a character juggling act. Although his brain thinks he is Stefano with a new face, everyone else in Salem will believe it is Steve. It could create some complicated situations, as the head writer recently teased.

Days of Our Lives Spoilers – Being Stefano DiMera

DOOL spoilers confirm that Dr. Rolf’s (William Utay) brain chip makes Steve believe that he is Stefano. However, only a few people in Salem know this. When the man makes his big reveal later this week, he won’t admit to that little piece of information. Instead, he will let people assume that he is Patch.

Due to his lie about being Steve, John Black (Drake Hogestyn) and Dr. Marlena Evans (Diedre Hall) will invite the man into their home. This could prove to be their biggest mistake because they don’t know who he really is and his true intentions. Ron Carlivati talked about what to expect from Steve/Stefano in Soap Opera Digest. He will have to perform a bit of a juggling act between who he is and who he is pretending to be.

“Stefano is forced to kind of juggle that situation [Kayla] while at the same time, how as Steve is he going to pursue Marlena?”

Days of Our Lives spoilers reveal that Dr. Kayla Brady (Mary Beth Evans) will want answers. She confronts Steve and ends up with a shocking response. Her former soulmate tells her that he didn’t come back to Salem for her. He has zero interest in the woman he used to refer to as his “sweetness.” She doesn’t realize this, but he only has eyes for Marlena.

Once John and Marlena invite Steve/Stefano into their home, it gives the man easy access to the object of his desire. He has this thought that he needs to be reunited with his Queen of the Night, which is Marlena. However, she won’t exactly be a willing participant. So, how will he handle this and could John figure out the truth before it’s too late? Fans will have to keep watching the NBC soap opera to find out how this story ends.