Emmerdale Spoilers: Danny Returns, Manipulates Sarah But Will She Take The Bait? 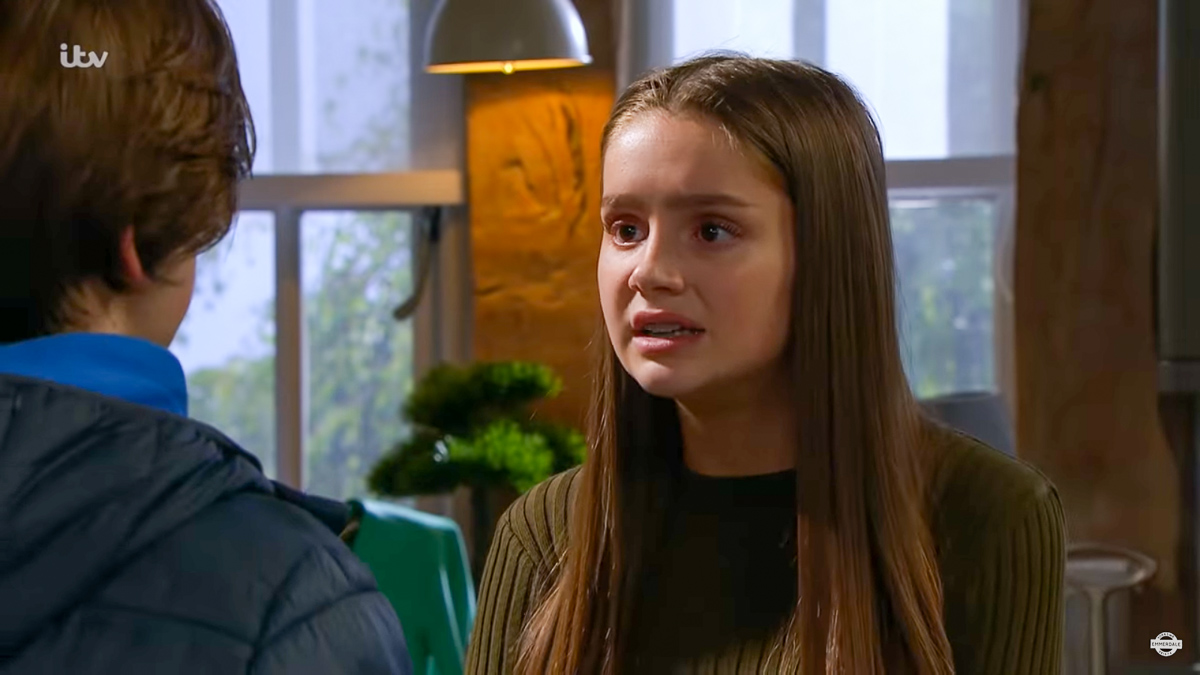 Emmerdale spoilers reveal that Sarah Sugden (Katie Hill) will once again be dealing with Danny (Louis Healy). For fans that believe she had gotten rid of the bad boy, think again. This time, he will try to manipulate her with a sob story in order to get her to deal drugs. But will she take the bait?

For the past several weeks, fans watched as Sarah was eager to get Danny’s attention. Not only did he notice her, but got her to try drugs. Noah Dingle (Jack Downham) tried to stop her and reason with the young lady. Not only could it have devastating effects, but for her, those chances were multiplied due to her health conditions and heart problems.

Emmerdale spoilers teased that Noah would have a drug overdose. Thankfully, he was found just in time and medical staff was able to revive him. However, Sarah begged Noah not to tell anyone the truth about what happened. She even put some money in a card for him. Even though it is understandable why she would want to keep something like that hidden, secrets always have a way of coming out eventually.

Just last week, Sarah finally clued in what a dangerous friend and potential love interest she had. She finally told him off. At first, he didn’t take her seriously. However, she meant it and suggested they block each other’s numbers. She made it clear that Noah nearly lost his life and she wanted nothing more to do with him. However, that won’t be the end of Danny.

It is suggested that Danny will return and will contact Sarah. Something happens that makes him unable to earn money. As a result, he begs her to do some business for him. Of course, we are talking about Sarah possibly becoming a drug dealer. But will she really take the bait after everything that has happened? Fans will have to keep watching the British soap opera to see how this storyline ends.